As hospitalizations and fatalities continue to decline, the governor asks federal legislators to backstop the $43-billion state budget amid the costs of containing the virus. 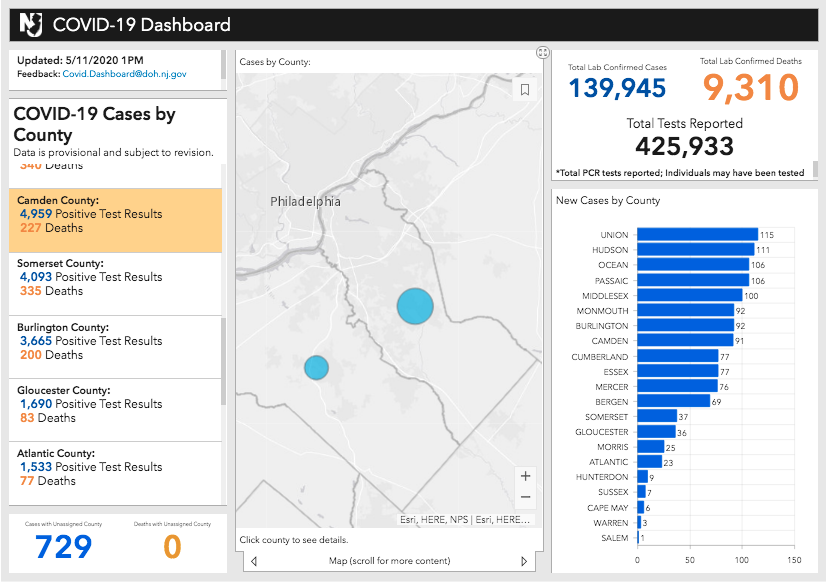 Sadly, 59 more residents perished from complications related to the virus, bringing the statewide death toll to 9,310 lives lost during the pandemic.

Throughout New Jersey, 4,195 people are hospitalized with a case of COVID-19, or while awaiting confirmation of their symptoms. Of those 4,195 patients, 1,255 are in intensive or critical care, and 970 (77 percent) are on ventilators.

In the past 24 hours, 71 New Jersey hospitals admitted 179 new COVID-19 patients and discharged 227 others, either to a lower-acuity care setting or to their homes.

Thirty patients are presently receiving care at one of the state’s field medical stations, which have served 422 people in total.

“No one has asked for a bailout, and no one will,” Murphy said.

“What we are asking for is the ability to prevent [turning]  the public health emergency we are trying desperately to climb out from into a second Great Depression,” he said.

“A fiscal disaster is not months away,” the governor said. “Hard and unpalatable decisions are being made in the here-and-now. They’ll be here in weeks.

“Several cities are preparing for layoffs, and it’s not just here in New Jersey,” Murphy said. “We need significant federal investments in our states to allow for a recovery; without it, there will likely be no recovery.”

As the U.S. Senate continues to debate the merits of extending additional relief to states decimated by the pandemic, U.S. Senator Robert Menendez (NJ, D) joined the Monday briefing to stump for his bipartisan bill creating the $500 billion State and Municipal Aid for Recovery and Transition (SMART) Fund. 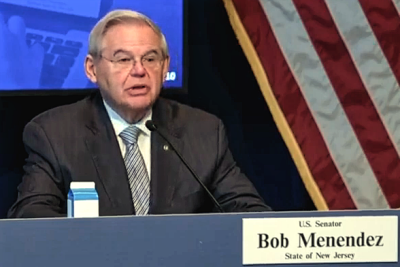 The SMART Fund would offer flexible dollars “with priority given to areas of the country with the greatest need based on COVID-19 infection rates and lost revenues due to the economic fallout,” the senator said.

It would also free up $150 billion in state stabilization funds from the CARES Act, overturning treasury guidance that had restricted uses of the first wave of funds.

New York and New Jersey, which have been hit harder than many other places in the country, could benefit greatly from Menendez’s proposal, which, he argued, only ties in greater with national economic priorities.

“We generate 20 percent of the GDP for the entire nation,” the senator said. “You want to see the economy thrive? You need to make sure this region thrives, and you’ve got to make sure that states in general thrive in order to create the employment and tax revenues and the consumer confidence that’s necessary.” 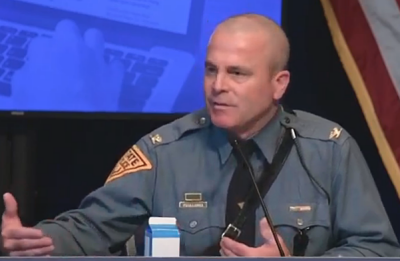 During the briefing, New Jersey State Police Col. Pat Callahan offered a few remarks on vehicle parades coordinated to celebrate birthdays, graduations, and other milestones during the pandemic.

Last week, the colonel sent a letter to the state Department of Education and to all schools in the state, saying that “in-person ceremonies, including graduations, all parades, including ‘wave parades,’ that invite people to gather at a certain location” should be cancelled or postponed until the stay-at-home order is lifted.

That was construed by some to mean that drive-by parades were regarded as violations of Murphy’s Executive Order 107, which Callahan clarified during Monday’s briefing.

Vehicle parades, which have been attended by first responders statewide in support of teachers, students, and healthcare workers, are “a great gesture to give that sense of solidarity,” the colonel said.

“We would never, and we could not, prevent vehicles driving by, let’s say it’s a senior and him or her are on their front porch with their parents,” the colonel said.

“What we are discouraging, and the intent of my letter… was directing students to gather on the front lawn of a school, at a football stadium, at a town hall, because what you’re doing is inviting them to gather, which is in violation of the EO,” Callahan said. 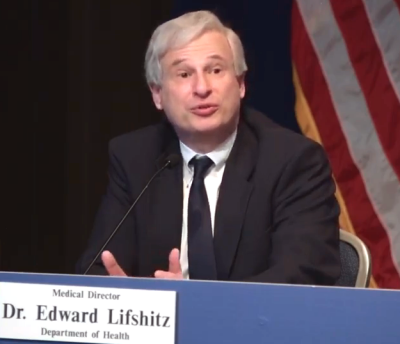 Murphy said that virtual graduations are being discussed, and that it’s possible some form of in-person ceremonies could be considered in August.

“We’re going to take some steps, but I just don’t think we’re there yet,” he said.

Finally, Edward Lifshitz, Medical Director for the New Jersey Communicable Disease Service, threw some cold water on the notion that warmer weather by itself would tamp down the spread of COVID-19.

“We haven’t seen that happen” in the southern hemisphere, where many countries have already undergone the pandemic during their summer months, Lifshitz said.

“Without a doubt,” however, “the social distancing measures have made a difference,” he said. “They have saved lives.”