Trending
You are at:Home»Business»CoWork Street Opens in Camden 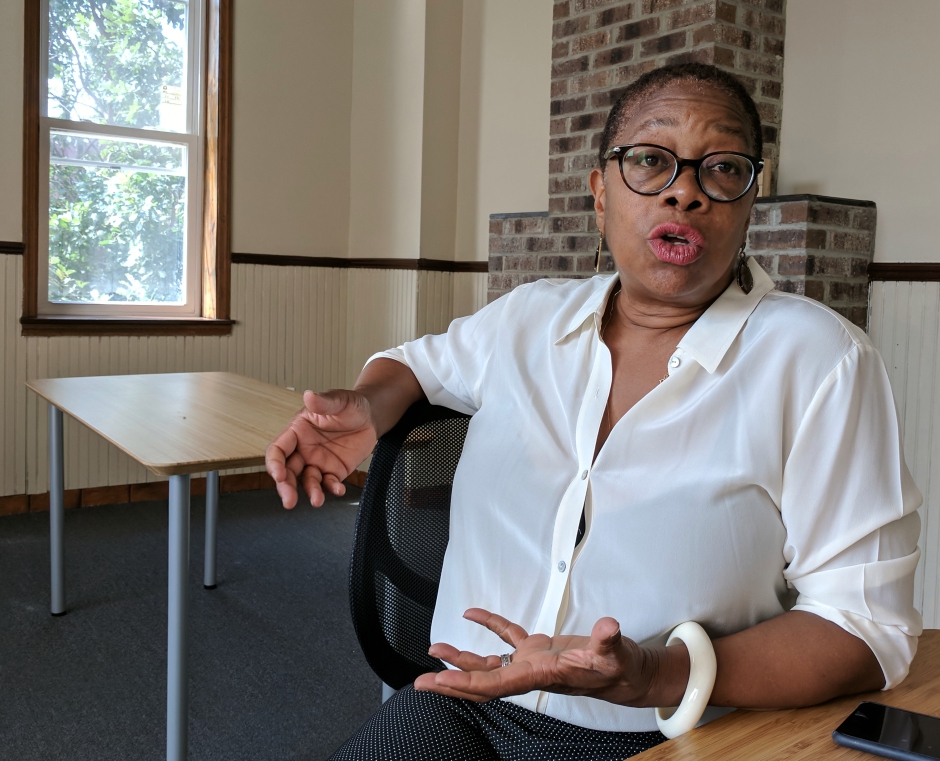 Economic recovery in Camden City has been on the upswing in recent years, thanks to an influx of money from the New Jersey Economic Development Authority (EDA) and the billion-dollar waterfront project put together by Liberty Property Trust.

But Rosemari Hicks hadn’t appreciated the impact until she rolled through its university district while location-scouting for a client who was seeking to relocate in the city.

“I drove through and said, ‘Oh my gosh, this is like this hidden gem of a town,’” Hicks recalled.

It was then she thought, “It’s time for me to move out of my home office.”

Hicks, a human resources professional, had been “doing the Panera Bread/Starbucks/laptop sort of thing” before she considered coworking as an upgrade to her coffee-shop Wi-Fi existence. Then, for a year-and-a-half, she’d operated out of Camden Colab, until the facility shut its doors in early 2017. Seeing a need for something similar in the city, Hicks will launch her own 2,500-square-foot collaborative office, CoWork Street, at the corner of Third and Market in Camden this month. 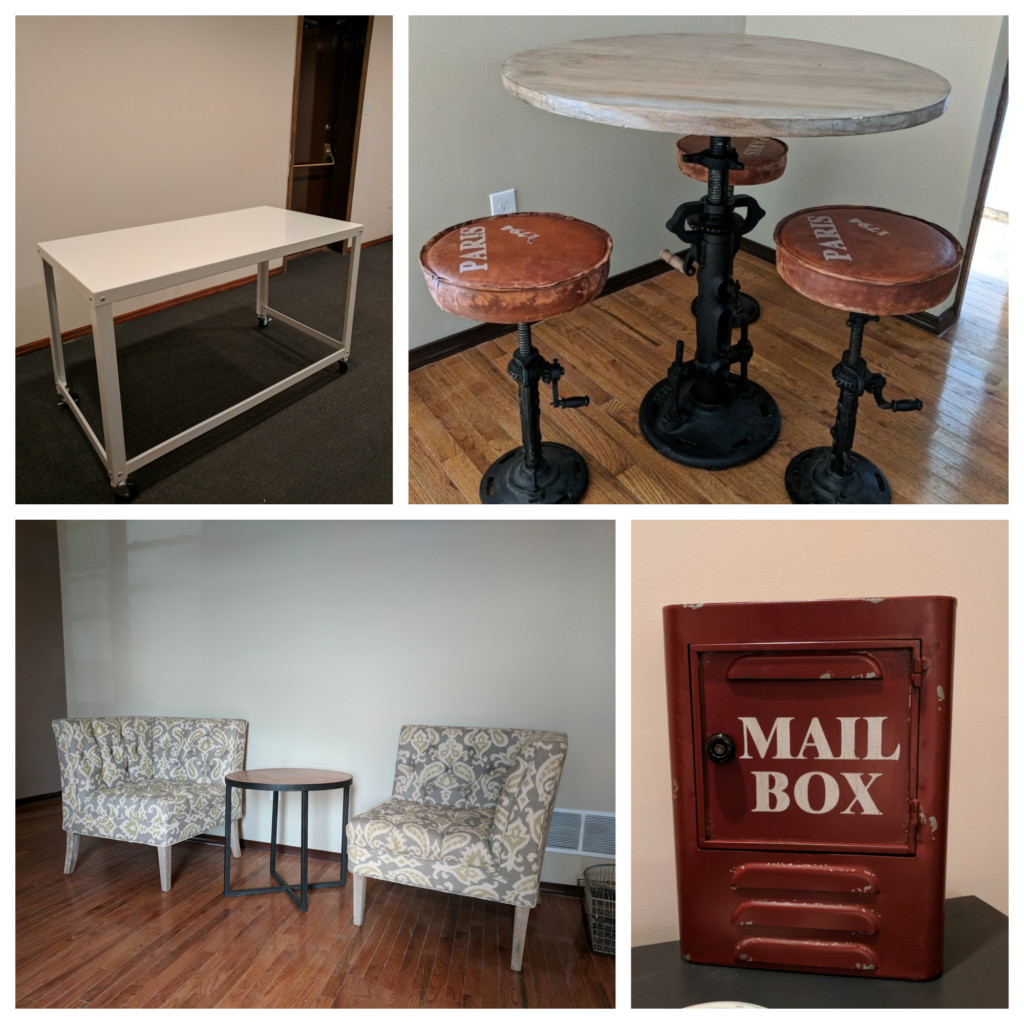 The sprawling office unfolds over the second and third floors of 227-B, 229-B, and 229-C Market Street, units that Hicks has converted from residential to commercial use.

There’s a bright, broad wall of windows overlooking the cityscape outside from the second-floor bank of desks.

Across the hallway, smaller lounge areas are being filled with couches, café tables, and movable desks.

The third floor houses the biggest workspaces, suitable for companies with as many as five or six employees.

CoWork Street also boasts a sizable kitchen that can double as a client reception area or communal break room; around one of its corners, a converted closet offers a makeshift quiet space for private phone calls.

By sharing office space with other mobile professionals and early-stage businesses, Hicks hopes to create a self-sustaining, collaborative environment to support herself and others like her. She’ll be taking her experiences from Colab into practice at CoWork Street, and hopes to attract tenants at a variety of price points. There’s still another coworking space in Camden, Waterfront Ventures, but Hicks says CoWork Street isn’t as focused on tech startups. 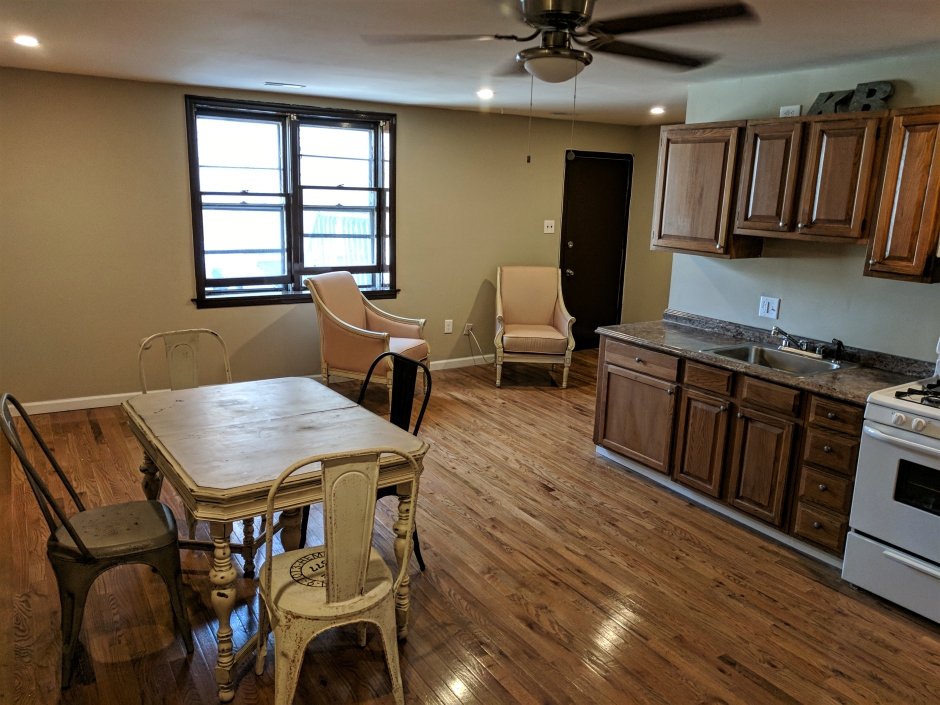 The kitchen at CoWork Street in Camden. Credit: Matt Skoufalos.

“The only thing we do here is try to build a community of collaborators, innovators; the creative folks that want to do business their way,” she said.

Professionals can access CoWork Street for as little as $25 on a day pass, or full-time for $325 a month, with options for dedicated desks, a virtual office, or a shared, private office with room for as many as six employees.

All packages include access to Wi-Fi, a printer/fax/scanner, and the building’s conference rooms and lounges; long-term rents also include utilities and a business mailing address. Hicks said her model is geared toward early-stage businesses transitioning from solo efforts into more focused growth.

“I’m really looking for those folks that are either just putting their toes in the water and looking for that first step, or who just need the support,” she said. “I want folks to feel safe when they walk through those doors. That they can breathe; that there are other people trying to do something different.” 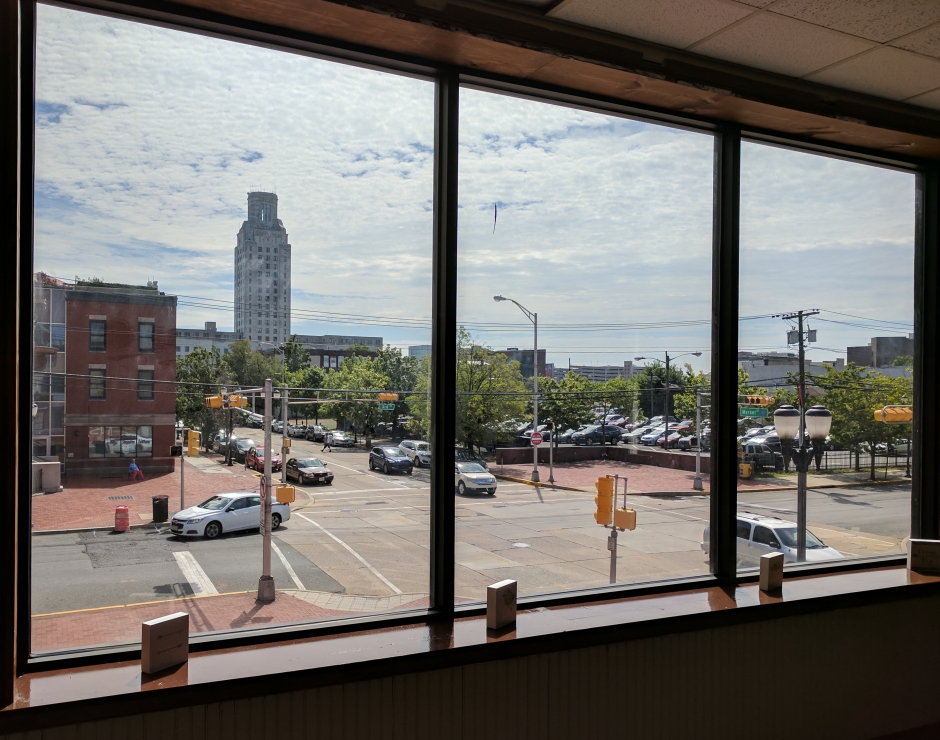 Creating a supportive community of entrepreneurs is the secret sauce that powers every coworking environment.

Hicks hopes to recruit a variety of tenants who can contribute to the success of CoWork Street by creating a collaborative environment in which their diverse skill sets complement one another.

She also knows the only way it will work is if it happens organically, the outgrowth of a workspace in which individuals get to know one another over time.

“We’re going to come together and see how we can help each other,” Hicks said. “It’s large enough to have the privacy to work on your own business, but small enough that you can interact. I don’t think you can artificially create that sense of community.

“We’re doing different things, but we’re in it together,” she said. “But you want to be able to feel like you can talk and let down that façade. You are who you are, your business is what your business is, and let’s see how we can communicate and grow.”