Trending
You are at:Home»Police & Fire»Haddon Township»UPDATE: One Man Dead as Devastating Fire Rips through Haddon Hills Apartment in Haddon Township

Sixty-six-year-old Kevin Saxton of Haddon Township perished in Thursday’s fire, and investigators determined his death to have been accidental. 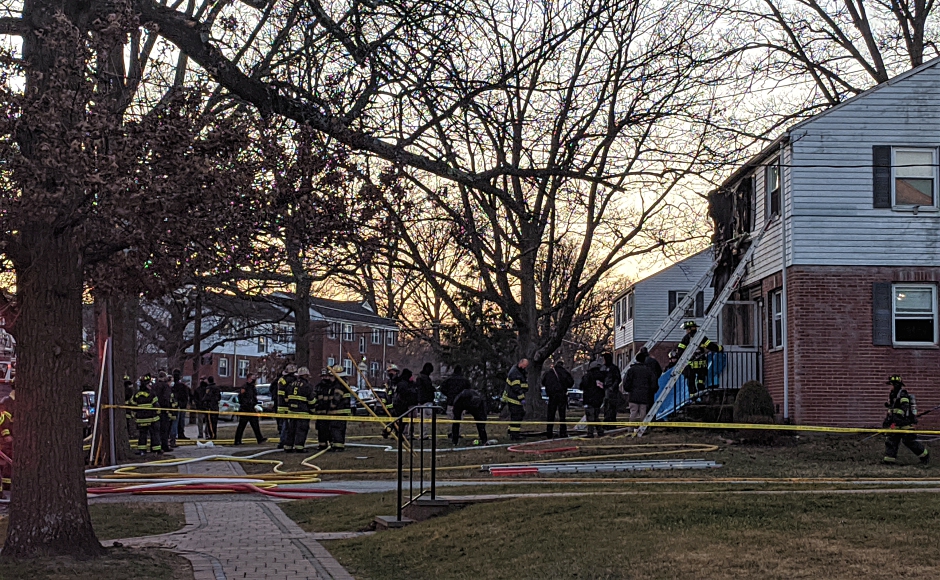 Firefighters at the scene of a fire at the Haddon Hills apartments in Westmont. Credit: Matt Skoufalos.

UPDATE: January 29, 2021 – 3 p.m. — A searing fire at the Haddon Hills Apartments in Haddon Township claimed the life of a 66-year-old man and drew a response from six area fire companies Thursday afternoon.

A medical examiner ruled that Kevin Saxton died by thermal injuries sustained in the fire, according to a statement from the Camden County Prosecutor’s Office (CCPO) Friday.

Saxton’s death was determined to have been accidental, the CCPO noted.

Ronnie Harris, an 18-year Haddon Hills resident, said that he returned home to the complex Thursday afternoon to see his neighbor’s home engulfed in flames.

“When we drove up, the whole front was blazed up, with fire coming out the side,” Harris said.

Harris said that he then heard an explosion that “blew the back door open.” Neighbors tried the front door, but “it was so hot they couldn’t touch it,” he said.

Westmont Fire Chief Dan Devitt said that nobody was evacuated from the property, which is home to two residents. Devitt added that oxygen tanks were located within the unit, but he couldn’t say whether they’d exploded in the fire. 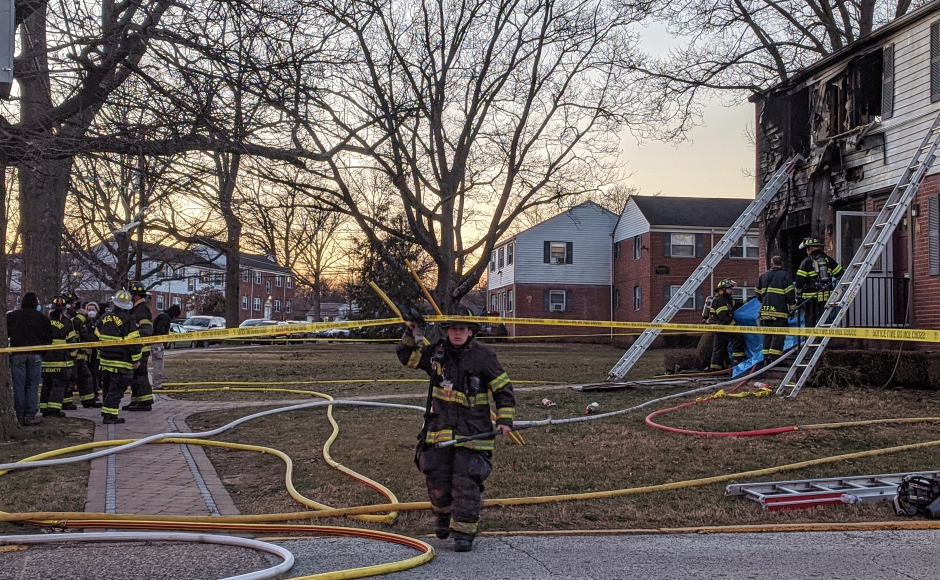 Firefighters at the scene of a fire at the Haddon Hills apartments in Westmont. Credit: Matt Skoufalos.

Neither residents nor firefighters at the scene could recall having responded to a fire at Haddon Hills before Thursday’s incident.

No firefighter was reported injured in the incident.