All results are considered unofficial until verified by the Camden County Board of Elections.

In a municipal election season of few contested races, voters in Audubon and Haddon Township returned incumbent slates to their positions in local government.

Audubon Mayor John Ward was re-elected for a third term, along with first-time running mates Rob Jakubowski and Robert Lee.

After the unofficial results from the polls came in, Mulroy had defeated Linhart, 680-473, excluding mail-in and provisional ballots. Despite the low turnout, the sitting commissioner credited his campaign staff with getting the vote out and running a clean election.

“We really worked hard to get the vote out,” Mulroy said. “I was happy to run a positive campaign, and I think Mr. Linhart did the same.” 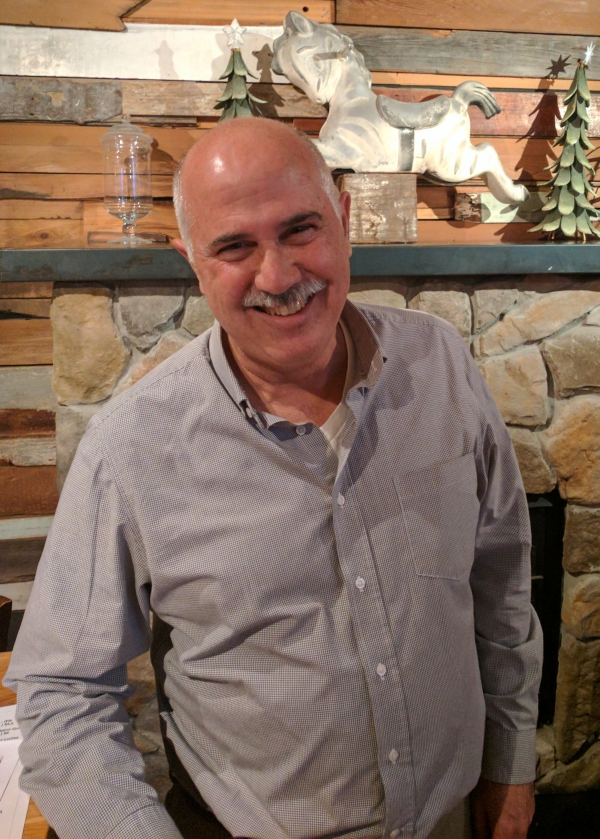 Mulroy said his first priority will be to negotiate a new contract with the embattled township police department; after that, he said he plans to focus on pedestrian and bicycle safety improvements for Haddon Avenue to coincide with the planned repaving of the county roadway.

“We’ll start inside the municipality and work out towards the businesses,” Mulroy said.

“We’re encouraging people to come to our Avenue, and we want to make sure it is as safe as it can be.”

Linhart, who had campaigned on a similar agenda of walkability improvements for Haddon Avenue, said the election, his first, was a valuable personal experience.

“I’m proud of what my campaign has done and what my volunteers have been able to do, given how little funding we had in comparison to Mulroy’s campaign,” Linhart said.

“Whether he wins or I win, it’s the validation of the process. This has validated his appointment. In that regard, I’m happy.”

In Audubon, the Keeping Audubon FIRST ticket took their victory as a public mandate. Jakubowsi was the top vote-getter (1,130), followed by Ward (1,092) and Lee (1,062); all three earned more than twice the number of votes their opponents, Debra Licorish (402) and Ian Gill (346), did. (All results exclude mail-in and provisional ballots, and are considered unofficial until verified.)

“This town has told us clearly what John Ward has done for eight years they want to see more of,” said commissioner-elect Rob Jakubowski. “We’re going to do some great things in this town. They know that, they’ll hold us accountable to that, and they should.” 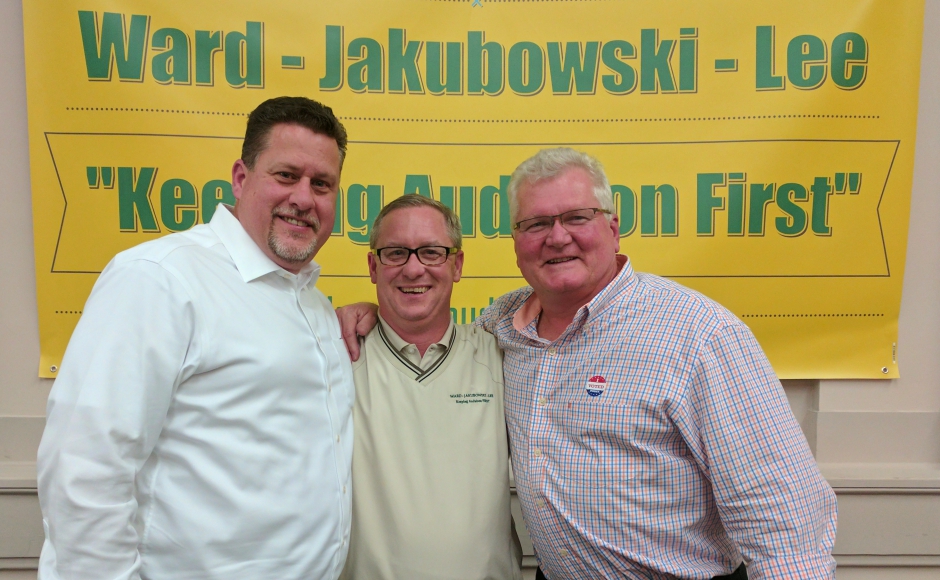 Commissioner-elect Robert Lee said communication will be a centerpiece of the next term, starting with a thorough overhaul of the borough website “to make it user-friendly for the day-to-day goings-on of government.

“We communicate well as a group,” Lee said of the working relationship among his running mates.

“We want that energy to spill out in the town in general.”

Ward thanked the borough residents for the opportunity to retain his office.

“The Ward legacy will be 12 years of good government,” he said. “I’m proud of my service to this town.”

On behalf of her ticket, challenger Debra Licorish congratulated her opponents and thanked her supporters.

“We learned a great deal, and intend to continue to represent those who voices only recently have begun to be heard,” Licorish said.