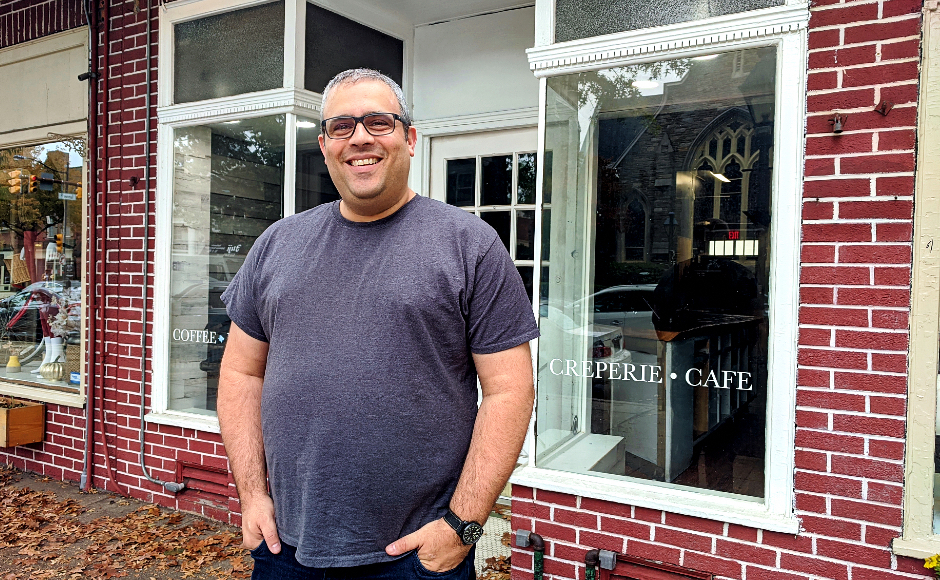 Marcello De Feo outside the future home of The Fare Porter in Haddonfield. Credit: Matt Skoufalos.

For all the ways in which the restaurant scene in downtown Haddonfield has evolved in the recent past—and for all the new eateries still on its horizon—Marcello De Feo still thinks there’s something missing.

De Feo, a Haddonfield resident who opened Valente’s Italian Specialties in King’s Court in 2018, said he’s watched lots of his fellow neighbors skip town every time they wanted a hamburger.

“I always see families leaving to go to places like PJ’s or The Taproom, or, before it closed, Zinburger,” De Feo said.

“I’ve wanted to bring that experience to Haddonfield for a long time now,” he said. “We’ve been waiting for the right opportunity.”

In 2019, De Feo and fellow chefs Dave Murray and Walter Gouldsbury trialed a burger concept, Founder and Signer, to rousing reviews at the Haddonfield Farmers Market. In the year-plus that followed, Gouldsbury and Murray went on to establish their sandwich shop, Crumb, while De Feo revamped Valente’s Italian Specialties as Valente’s Cucina, a fine dining establishment.

But De Feo never let go of the belief that Haddonfield needed a high-end hamburger shop to complement its maturing food scene. When the former Bleu Bear Bakery closed its doors at 109 King’s Highway, he saw the opportunity to get the burger business off the ground.

Now, De Feo hopes to turn over the Bleu Bear storefront as The Fare Porter, a quick-service gourmet burger counter with limited seating.

The name is a nod to the South Philadelphia neighborhood of his youth, Girard Estate, which is bordered on its northern edge by Porter Street; De Feo grew up on the corner of 21st and Porter Streets. (“Fare” in this context refers not to Septa tokens, but food and drink.)

“It’s a bit of an homage to South Philly,” De Feo said.

“When I was trying to think of different things from my youth, Porter stuck out.”

Together with Valente’s Executive Chef Johnnie Reynolds, De Feo plans “to keep the menu tight” at the outset of The Fare Porter.

A handful of starters, including crispy onion straws and fresh-cut fries; a short list of well-conceived hamburgers; and some repeat favorites from the early days of Valente’s, including his signature Philly cheesesteak, are on the short list.

The eatery will offer wine through a partnership through Auburn Road Winery, but De Feo said he’s also looking to serve up “over-the-top milkshakes.” Burgers will range from the standard—two smash-style patties with fixings—to the exotic, with specialty ingredients like kobe beef and fois gras.

“My whole intention in entering the food industry is creating complementary concepts that add value to Haddonfield without competing with the other businesses,” De Feo said.

“We want to create something different.”

Brioche buns, which have become the popular burger bread of choice in the gastropub scene, are “the starting point” for how De Feo thinks about the bun. He’s also in talks with baker Stephen Kramer, whose Amber Grain Bakery is planning a relaunch in Pennsylvania, to source some high-quality rolls.

Customers can also expect to see some adventurous fries, including green-chile-and-cheese, modeled after a favorite dish from De Feo’s time in Colorado, and poutine, the Canadian staple, topped with cheese curds and gravy.

The Fare Porter also promises to deliver a variety of chicken wings to round out an evolving menu that will develop under Reynolds’ watchful eye. 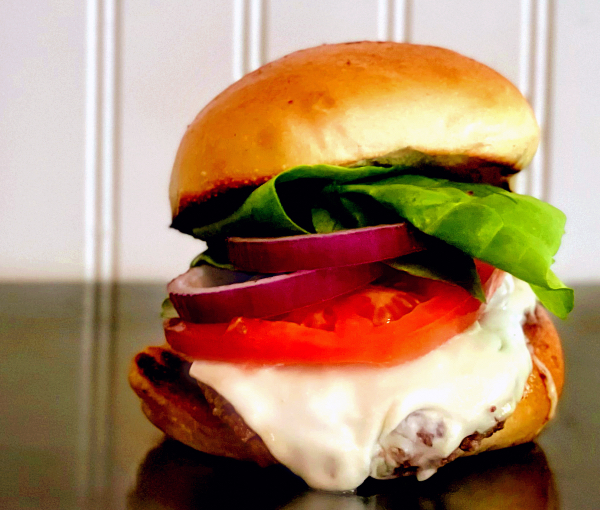 “After getting started at The Palm and Ruth’s Chris, the guy knows his way around burgers and steaks,” De Feo said of his chef and partner.

The shop’s décor will recall a “classic” feel, De Feo said, with washed concrete walls, subway tile, and a dark wood back bar.

He’s aiming for lunch and dinner service from Thursday to Monday until the business is staffed fully for seven-days-a-week service.

“We are very heavy in the R&D phase right now,” De Feo said.

The Fare Porter is aiming for a December 2021 opening. Stick with NJ Pen for updates.