Trending
You are at:Home»Government»Haddon Twp. to Pilot Backyard Chicken Program

A Chicken Commission headed by resident Gwenne Baile will guide 25 charter families in the basics of home-based hen raising. 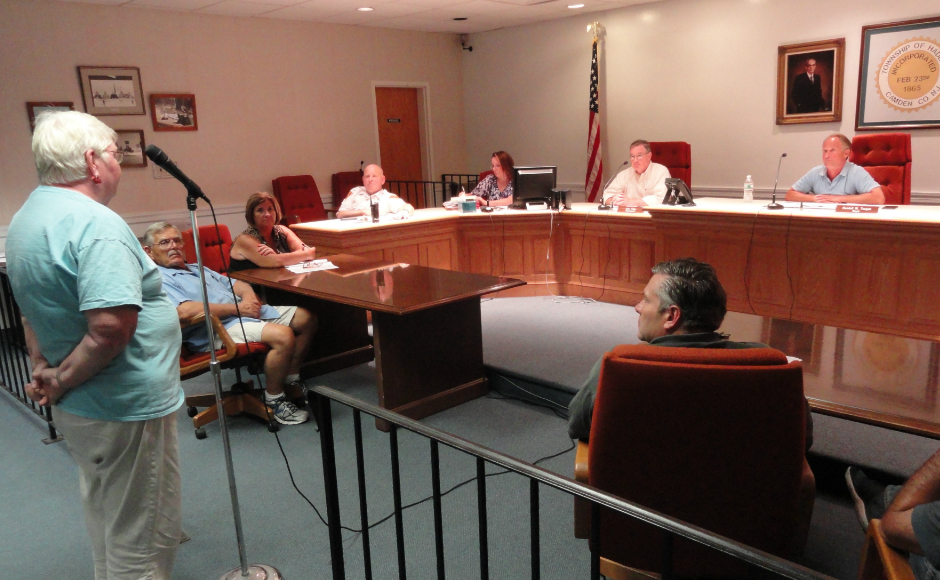 After five years, Gwenne Baile has finally been given the runway to launch a backyard chicken program in Haddon Township, possibly as early as September.

The ordinance establishes a Chicken Commission, to be chaired by Baile, that will vet and formally educate participants, certify their compliance with the program, and investigate any complaints.

Families will be limited to four hens (no roosters), and the Chicken Commission will rehome the hens of any owners who bow out of the program.

The ordinance will be enacted if it passes a second reading at the August meeting, although Baile said she doesn’t expect most families to begin participating until the spring. If successful, the program can take permanent effect as early as October 1, 2016.

For Baile, the deal represents the culmination of years of advocacy, during which she prepared and revised backyard chicken studies for various panels, gathered some 300 signatures from supporters within Haddon Township, and weathered multiple objections, including a formal rejection of the proposal by the township Planning and Zoning Board in 2014.

On Tuesday, she thanked the commissioners for the chance to test-drive the program that she’d helped outline with significant input from the local government.

“It’ll give us a chance to show the township that it’ll work,” Baile said. “For us, that’s a win, because then we’re able to show you that we can make this work. For the people opposed to chickens, this is a win as well—because if we blow it, they win, and we won’t be able to have chickens in Haddon Township.

“I know that we’re so motivated, so passionate about this, that this is going to work,” she said. 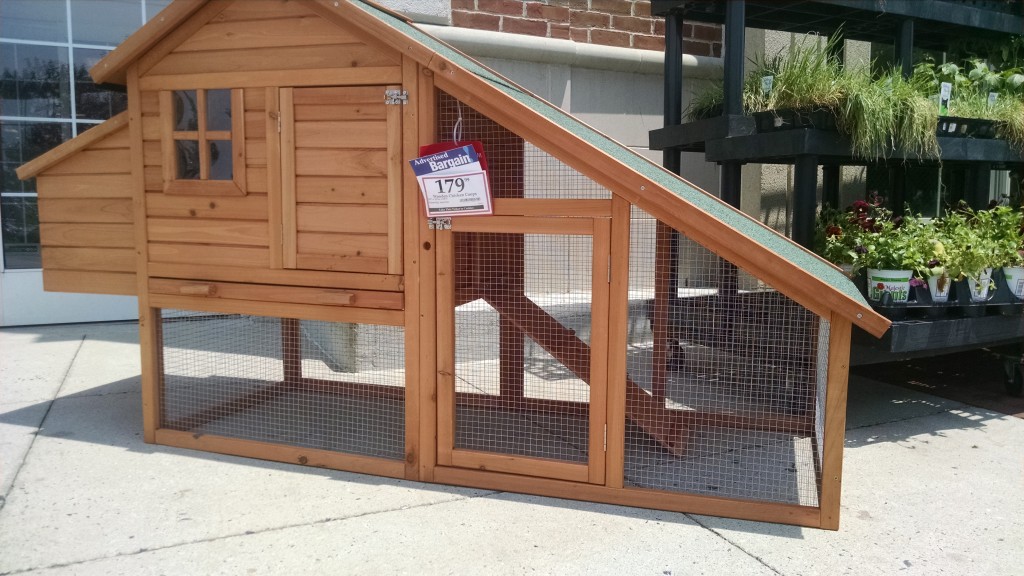 The pilot project will be limited to 25 single-family households. Additional applicants must be approved, one at a time, by the Chicken Commission in conjunction with its township liaison.

Participants must pay a $10 licensing fee and take a $10 class on chicken-raising basics, which will be provided by the Chicken Commission.

“Even if they’ve raised chickens for 50 years, they have to take a class,” Baile said. “If they can’t take our class, they need written documentation.”

The program also stipulates that chicken owners must also keep their yards clean and odor-free, and must handle chicken waste “in an environmentally friendly manner.” Participants may neither sell their chickens’ eggs nor slaughter the chickens within the township. Chicken coops and runs must be clean, well-ventilated, predator-proof, and no closer than 20 feet to the habitable portion of any house.

Hens can be purchased either locally or by mail; Far Wind Farms of Williamstown, NJ, which vends its eggs at the Collingswood Farmers Market, has already offered to help pilot families stock their coops with its 10-week-old hens. Baile said that the most important consideration in selecting a coop is finding one the right size for the complement of hens within.

“Chickens have a little more issues with heat and humidity than they do the cold,” she said. “The biggest thing is to make sure you have the right-sized coop. They need to have things close enough that they’re keeping each other warm. Feathers can fluff up just like your down jacket.”

Chicken coops range in price and quality, Baile said, from $200 backyard coops available at Bed, Bath, and Beyond to a $1,500 deluxe model retailed by Williams-Sonoma.

“Some buy them second-hand, some make gorgeous coops,” she said. 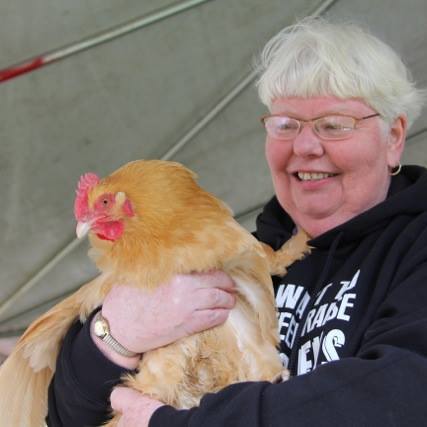 Baile said she initially had opposed a pilot program because she feared the government could too easily pull the plug on it; however, she came to appreciate that the conditions that emerged from her discussions with commissioners ultimately strengthened the program.

“I love the idea of the classes,” she said; “I absolutely love the idea of the Chicken Commission. I think, number one, it certainly decreases the amount of cost, if any, for the township to monitor this, so we can do that. We would have a bit more experience as well, and we can be fair.”

In addition to giving Haddon Township a chance to evaluate the impact of backyard hens in its residential neighborhoods, Commissioner John Foley described the pilot as a compromise that Baile won through her persistence and dedication to creating the framework for a sustainable program.

“There are going to be people who push back, but considering how much time she put into it and that she was agreeable to a compromise, it seemed fair,” Foley said.

“[Baile] has been patiently attending our meetings, awaiting a response from us, and the three of us had told her that we would do our own original research,” he said.

In his estimation, Teague said he doesn’t believe the nuisance factor of a chicken coop rises above that of a barking dog.

“I don’t know that the impact of four chickens is going to be significant to neighbors,” the mayor said.

Paul Dougherty, the lone commissioner to have eaten eggs from backyard hens before, said he could easily see the appeal to residents looking to trim their grocery bills somewhat.

Baile has urged prospective chicken program participants to e-mail gbaile@verizon.net with expressions of interest, or to reach out through the Camden County Chickens Facebook page.