After repeated attempts at less expensive remedies, from aeration to chemical treatments, Camden County is preparing to begin the lengthy process of dredging the algae-filled Newton Creek.

A source of consternation among taxpayers who reside along its banks and park-goers who recreate there as well, the problems of the lake can likely only be corrected by deepening the body of water and re-forming it, said Freeholder Jeffrey Nash.

“Years of silt and fill that have shown up have caused years of algae and spatterdocks,” Nash said. “The only real solution is to dredge it to make it deeper, and make repairs so runoff doesn’t deplete it.”

Nash broke the news at Monday’s townhall meeting of the county government, in between reassurances from Freeholder-Director Louis Cappelli that no other municipality is entertaining thoughts of joining the Camden County Police Department and the staggering statistic that the county has reversed some 200 heroin overdoses since equipping its first responders with the drug narcan.

After the meeting, Nash described the Newton Creek environmental concerns as a quality-of-life issue for county residents who prize the park system, and as an economic concern for property owners who live along its banks. He said the process will cost “millions of dollars,” offering as a reference point the $9-million price tag of dredging the Cooper River from Route 130 to Cuthbert Boulevard.

“We know it’s going to be very expensive,” Nash said. “You have to protect the environment while you’re doing it; make sure that it’s done correctly. We hired an environmental engineer, we have the specs for that, and we have to apply to DEP for the permitting.”

Although plans are still being prepared, Nash addressed one resident’s specific concerns about the fate of Nichols Pond in Collingswood, which the county plans to either empty and dredge, or “clean it out and fill it with flowers so that it’s a different kind of venue.” 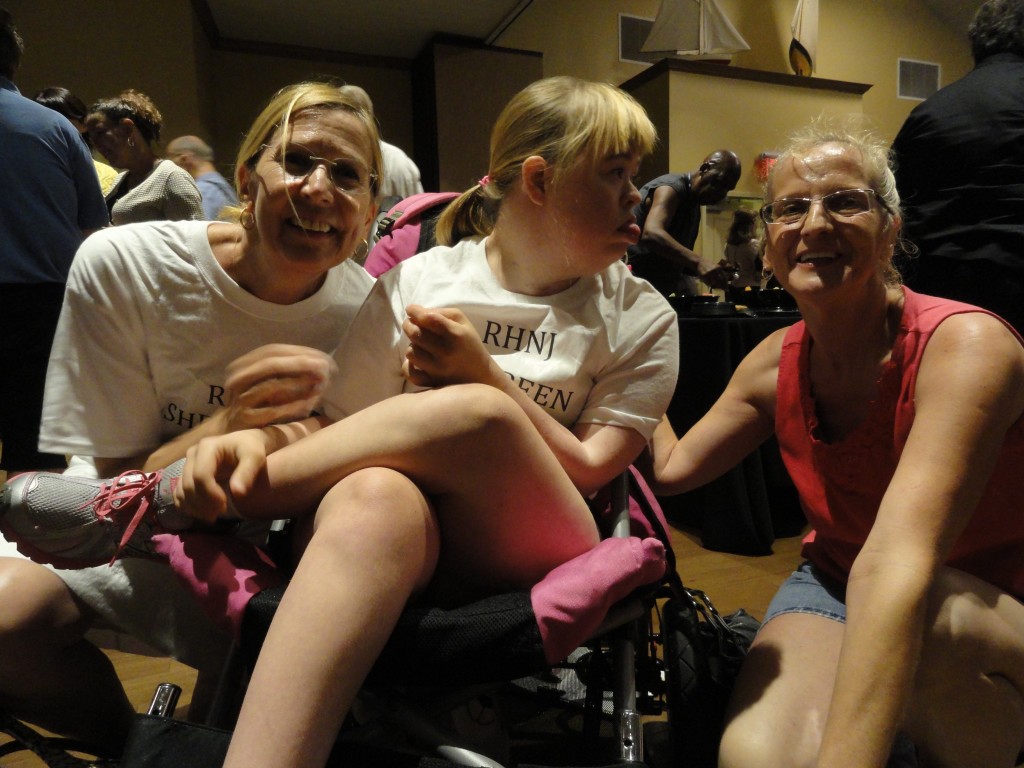 On Monday afternoon, NorthJersey.com reported that the state senate brokered a deal with Governor Chris Christie to modify the terms of Return Home New Jersey.

The program requires disabled residents in out-of-state care facilities to relocate to New Jersey to receive care in a local setting.

That news hadn’t reached Cherry Hill resident Laura Kelly by Monday night’s meeting. Kelly appeared with her 27-year-old daughter Alexa, who suffers from autism, Down Syndrome, and a rare form of epilepsy, to ask for help.

For five years, Alexa Kelly had been living in a residential treatment facility in Langhorne, PA that provided “a stable environment, surrounded by direct-care staff,” her mother said.

“We’ve had lots of meetings,” Laura Kelly said. “They’d like her to move to another agency. [Community Options] said she’s ‘too involved’ medically, behaviorally.” 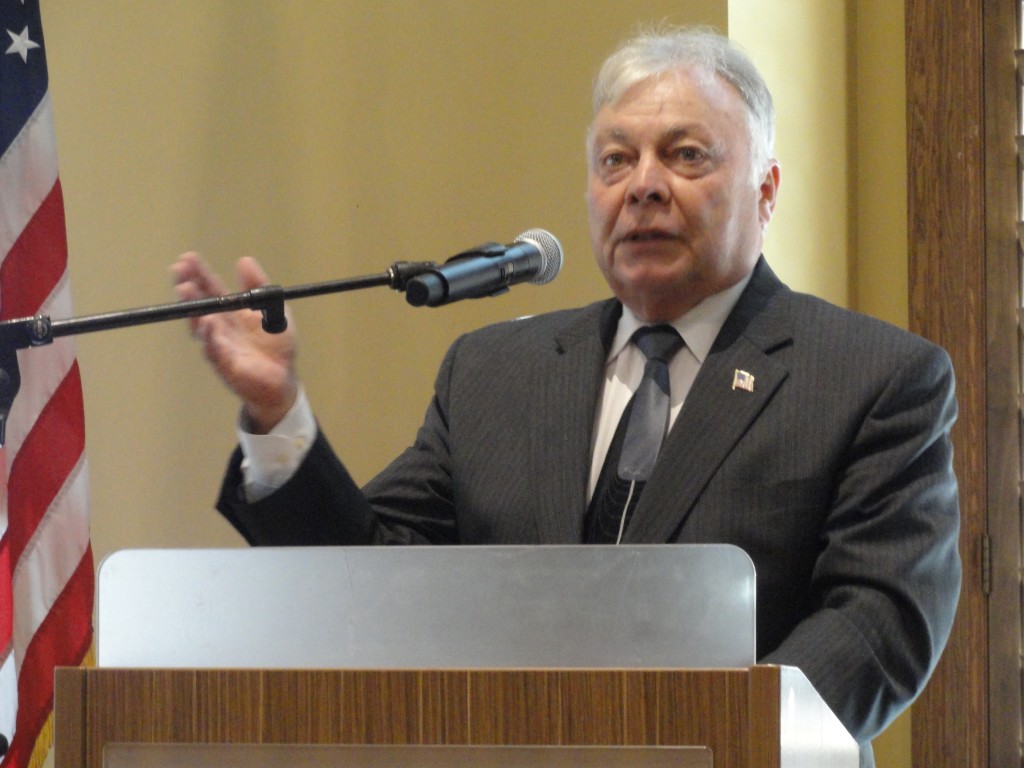 Laura Kelly pleaded with lawmakers to advocate on her daughter’s behalf, claiming that conditions at the group home facility have been documented in “reports full of substantiated non-compliance.

“The state seems to turn a blind eye,” she said. “The agencies are not being held accountable. I’ve handed these reports to the Governor himself. I’ve met with him three times and spoken with him about it.”

“I apologize to you that the state has done this, and I disagree with that decision wholeheartedly,” Beach said. “When you put a dollar sign on [what is best for the child]you’re making a big mistake.” 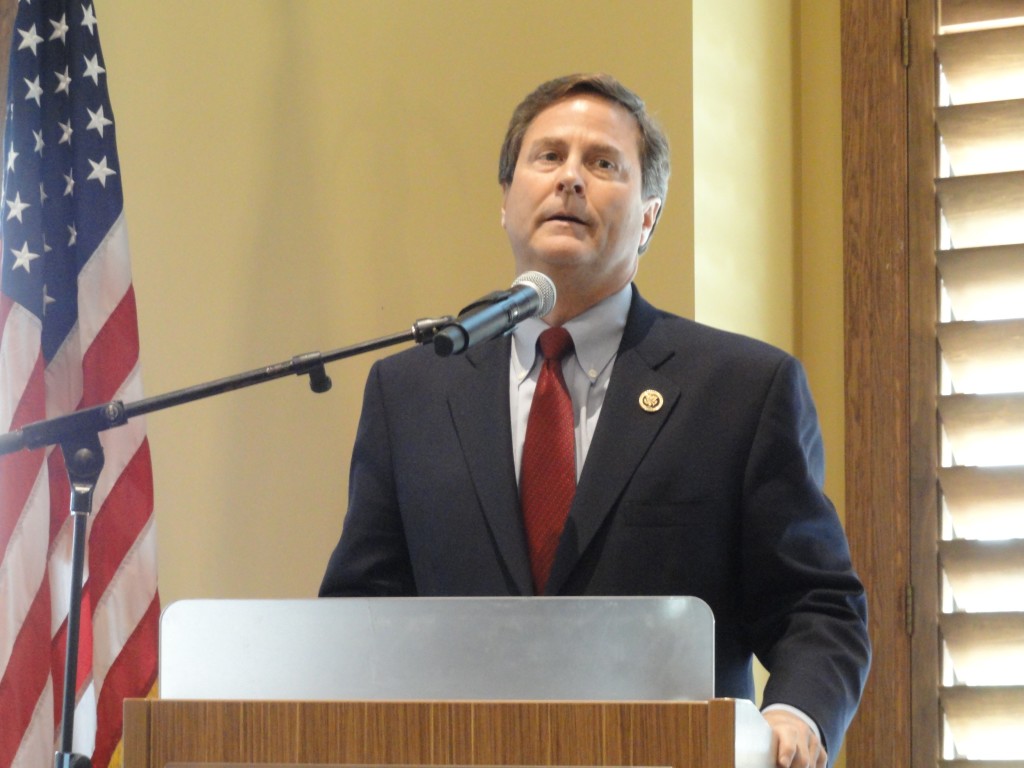 The talk Monday even touched on international policy, as visiting U.S. Representative Donald Norcross fielded questions on the recently brokered deal regulating the future nuclear capabilities of Iran; “an agreement,” he said, “which, if we get it wrong, could end civilization as we know it.

“We get this wrong, and everybody in this room knows what happens,” Norcross said. “We walk away from this deal alone, the coalition breaks down almost immediately.”

Norcross pointed out that the agreement was negotiated among multiple nations, including Russia and China, each with something to gain from the talks. He cautioned that some $100 billion in Iranian economic assets are only frozen with the help of America’s international partners, and that maintaining the coalition that structured the agreement requires compromise.

“When you start out with a partner that you don’t trust, then it’s tough for anything else to work,” Norcross said. “Economically, the country is being crushed. They’re being isolated. But I think Iran will adhere to the rules laid out. They want the money, and that’s what concerns me. If the money goes back in, they’re not allowed to support any other terrorist group with that money.”

Norcross also announced that he plans to take a six-day trip to Israel over the summer to familiarize himself with conditions there. 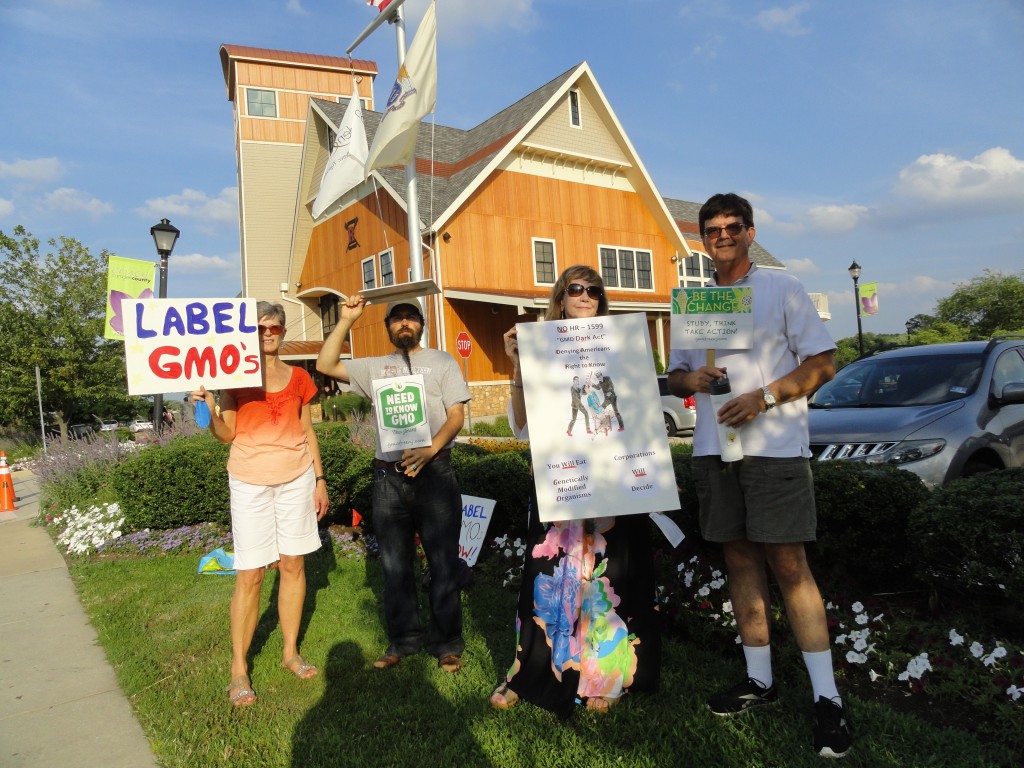 The congressman did not, however, field questions from critics of his position on GMO labeling, a handful of whom picketed outside the boathouse before the meeting.

“Norcross is a cosponsor of the Dark Act,” said Keith Monahan of Collingswood, referring to H.R. 1599, which would make GMO food labeling voluntary and undo stiffer protections already enforced in Vermont, Maine, and Connecticut, he said.

“We wanted to address that specifically with him,” Monahan said.

After the meeting, Freeholder Jonathan Young said he was pleased with the tenor and variety of the discussions between lawmakers and their constituents.