Trending
You are at:Home»Business»Haddonfield’s Denim Transitions to Wanda BYOB Under New Chef

Anthony Lipot, formerly of Braddock’s Tavern and The Black Swan, will open his Continental American eatery April 1. Dave Murray will retain the Denim brand but sell Cluckwerks to Lipot as he steps away for health reasons. 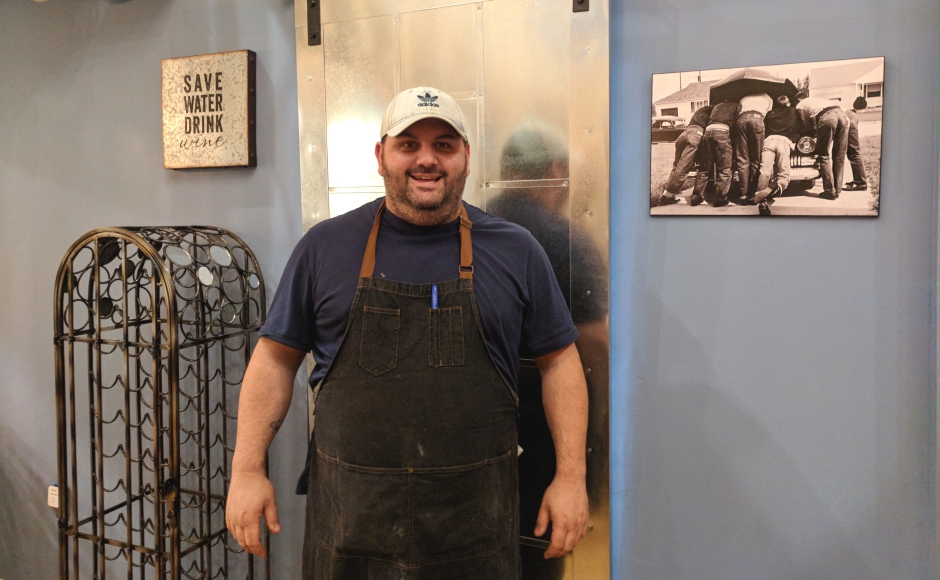 Fans of Denim BYOB in Haddonfield have one last week to say goodbye to the restaurant before it closes its doors in the borough.

Chef-owner Dave Murray, who, in 2019, brought his modern American bistro from the former site of La Campagne in Cherry Hill into the Haddonfield Mall, is stepping away from the business.

Murray, whose mantra, “Hustle,” translated into long hours in the kitchen and a constant eye on quality improvement, cited personal health concerns as a key factor in his decision.

His family is also in the process of relocating to the Princeton area, and without an operating partner to keep Denim going, it made more sense to fold the operation for the time being, and flip the space over to a new tenant.

For Murray, whose business had been thriving prior to the onset of the novel coronavirus (COVID-19) pandemic, it’s a bittersweet parting. The chef had fully immersed himself in the local dining scene, lending his expertise as a longtime consultant to his fellow restaurateurs, and making a number of strategic changes to Denim as an alternative to dine-in services while waiting for the regulatory dust to settle.

In the past few months, Murray was starting to find daylight with the creation of Cluckwerks, his chicken sandwich takeout model, which was created as a ghost kitchen within the footprint of the restaurant. Its meteoric success and the expansion of statewide indoor dining to 50 percent of capacity last Friday had Denim positioned for a rebound. Instead, health concerns and a desire to refocus on his family have Murray stepping away.

“People are closing everywhere,” the chef said. “I stayed open and I worked through it.

“I don’t want to be leaving,” he said. “However, it’s what’s best for myself and my family at this time.”

Instead, Murray will return to the restaurant consulting career that was his full-time gig prior to opening Denim, and he’ll hand over a refurbished, expanded dining room to Chef Anthony Lipot, a choice about which Murray said he “couldn’t be happier.

“If I could pick someone to take over this amazing space in this amazing town, he’s who I would choose,” Murray said of Lipot. “I’m selling a business in Cluckwerks, and I’m bringing in a tenant.” 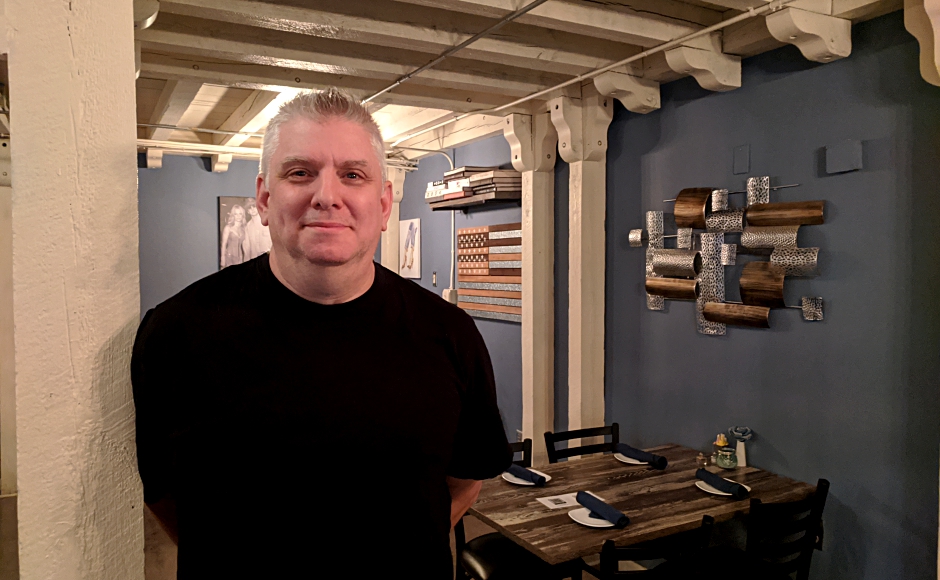 From Princeton to Haddonfield, and everywhere in between

Lipot, a 1991 graduate of the Culinary Institute of America (CIA), traces his restaurant roots to the Scanticon Princeton (now Marriott) hotel, where he flourished under the guidance of several mentors, none more influential than Jean Francois Lassance.

Lassance headed up The Black Swan, a gourmet restaurant on the premises of the hotel, and while his work there drew notice from diners, Lassance’s attention to Lipot’s development helped the aspiring chef to find his way.

“Jean Francois to this day is like a father to me,” Lipot said. “I was just a poor kid from Jersey. He sent me on my way, really focused me.”

As his career progressed, Lipot parlayed a second-place finish in the 1992 Best Young Chef in America competition into a chef de cuisine position at Bogarde’s in Trenton. He was only 23. From there, he bounced among a number of kitchens in New Hope, Pennsylvania, before taking up with hotelier Howard Wurzak, for whom Lipot functioned as something of a fixer at restaurants on Wurzak’s properties.

When he became a father, Lipot shifted gears for a while, working in food sales in order to spend more time with his growing family. Eventually, however, Lipot donned his chef’s whites again at Braddock’s Tavern in Medford, where he spent two years reviving the menu at the historic pub.

“We brought Braddock’s back to its prominence,” Lipot said. “I like to honor the past to build a future; I was bringing back the dishes it was known for.”

After a couple years, Lipot moved on again, taking a position at Joint Base McGuire-Dix-Lakehurst, where he enjoyed the privilege of cooking for soldiers and sharing stories.

“I was in my glory being in that element and amongst those heroes; for me, there’s nothing better,” he said. “It was just a lot of fun, and the appreciation was rewarding.”

But a vendor changeover at the base amid the pandemic made Lipot re-evaluate his circumstances, and he concluded that he might be ready to open his own eatery. When Lipot connected with Murray, the two struck up a deal for the Haddonfield Mall storefront where Denim is located.

“This town has always reminded me of Princeton, without the university and with better shops,” Lipot said. “It’s a big town but it’s got a real small-town feel. It seems like everybody knows each other.” 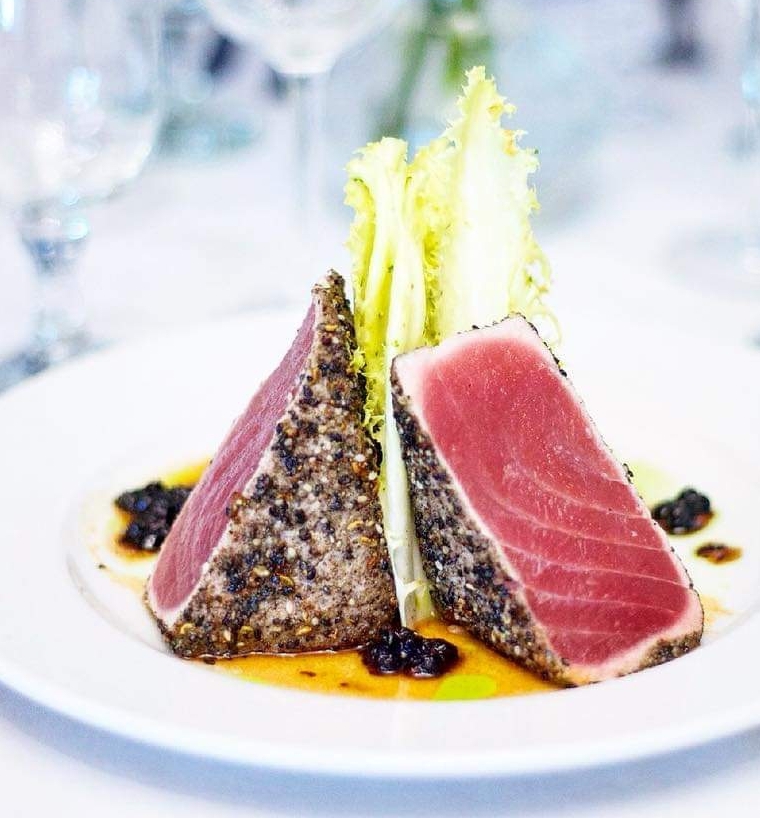 ‘An homage to my mother and all moms’

Murray’s retention of the Denim brand cleared the way for Lipot to create his first chef-owned restaurant: Wanda BYOB.

Named for his late mother, whom Lipot credits for his work ethic and interest in the culinary arts, Wanda will be “an homage to my mother and all moms,” he said.

“It’s so important to recognize the women in our lives, and to be appreciative of what they’ve given us: pathways to a career and a fulfilling life,” Lipot said. “Without them, we don’t exist.

“My mom came from Trinidad and Tobago, and she made magic every night,” he said.

“We were dirt poor, but that girl could cook. She inspired me to do what I do.”

Lipot describes his intended menu for Wanda as a culmination of the variety of styles he’s picked up through the years, from his classical French roots to Middle Eastern and Asian flavors, in a milieu he describes as “Continental American.”

An early look at a planned menu showcases the breadth of Lipot’s years of experience. 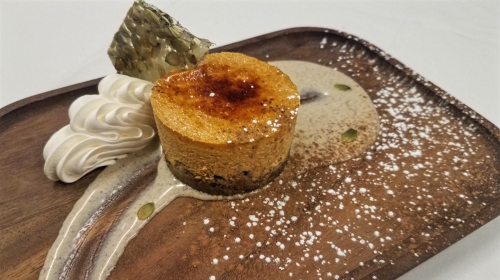 Lipot also promises to revisit some of Murray’s dishes from Denim, like the goat cheese croquettes and loaded Brussels sprouts as well as others that he has planned in celebration of his predecessor’s flavors.

He also praised Murray for his efforts to keep Denim thriving during the difficulties of 2020, including his maintaining a full complement of employees even when the restaurant suffered significant reductions in revenues.

(To wit: Denim Chef de Cuisine Bruce Santino will stay on to help Lipot at Wanda.)

“That, to me, shows the heart of this man,” Lipot said of Murray. “What you sacrifice as a chef—family, your health—it’s caught up to him.”

Wanda BYOB is aiming for an April 7 opening in downtown Haddonfield. The restaurant will be open for dinner Wednesday through Sunday, with brunch service Saturday and Sunday.

Cluckwerks will remain open 11:30 a.m. to 8:30 p.m. Wednesday through Sunday; Lipot will honor all Denim gift certificate holders at both Cluckwerks and Wanda BYOB as a condition of the changeover.