The instruction reflects a holistic approach to doing a job that demands peak mental and physical performance in a sustainable fashion. 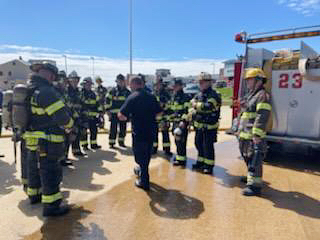 In any emergency situation, first responders are tasked with making life-and-death decisions within fractions of a second.

For as much training as they receive on the physical requirements of the job, and for as well as their equipment needs are funded, there’s not as much instruction available on the work that can be done to extend their careers from a holistic perspective.

But this week, firefighters from departments in Cherry Hill, Collingswood, Pennsauken, Voorhees, and Philadelphia all attended specialized training designed to support their abilities to do the job at a human level.

The instruction, entitled “Optimizing Human Performance at Fires and Emergencies,” was presented by the New York-based Leadership Under Fire (LUF) consultancy as part of a competitive grant awarded by the Federal Emergency Management Agency (FEMA) Assistance to Firefighters Grants Program.

In addition to human performance instruction from LUF, the $300,000-plus FEMA grant covers five days of classroom training across topics including building construction, fire dynamics, officer development, and public speaking, as well as practical training at the Burlington County Fire Academy.

LUF founder and president Jason Brezler is a New York City Fire Lieutenant and a Major in the U.S. Marine Corps Reserves. Brezler co-developed the department’s Strategic Human Performance Initiative, which he described as a recognition of “the need for firefighters to need to make accurate decisions with the best information available in a time-compressed, high-risk environment.”

Effectively, Brezler’s program adapts military thinking about personnel concepts like human performance optimization (HPO) and total force fitness (TFF) for a structural model that fits firefighter culture. Most departments traditionally have studied how physical infrastructure responds to the stresses of a fire, but not how their firefighters do. Brezler argues that there’s an opportunity to improve outcomes by addressing the human factors involved in the job.

“We’re here to humanize the narrative,” he said. “Historically, we come back from a building fire, we talk about how the building behaves and the performance of the equipment, and we don’t talk about the human component.

“Today, you’d be hard pressed to find an industry where people haven’t partnered with performance psychologists or mental skills coaches to impart to their labor force a better understanding of how we perform under stress, and then how to optimize it.” 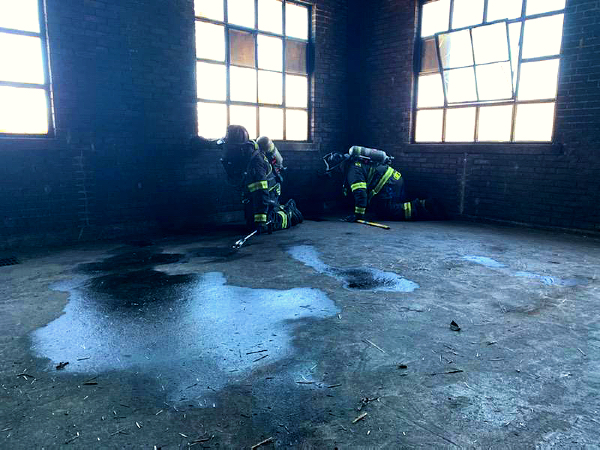 Instruction is delivered by fellow firefighters, mental health professionals, and professional coaches, and Brezler’s approach involves guiding trainees through the curriculum from the perspective of vocational performance improvement.

Every so often, Brezler said he encounters some professionals who don’t buy in as easily to some of the concepts. He views that as a natural outgrowth of a job in which stoicism is a traditional virtue, and any outward admission of weakness is considered compromising. In such instances, he said he leans on the portability of the messages in broader contexts, as well as their successful implementation in other workplaces.

“What happens when we play to win and we lose?” he said. “We’re all only one fire emergency away from being humbled. It’s not because we’re not trying. There’s uncertainty, there’s time pressure. We’re solving problems in a lethal environment where the consequences of loss are catastrophic.

“If the guys in Seal Team 6 are doing this, and the guys with the Philadelphia Phillies are exploring this, and they swear by it, then it can’t make me worse,” Brezler said. “The guys on my team are a group of highly experienced operators, and they own it.” 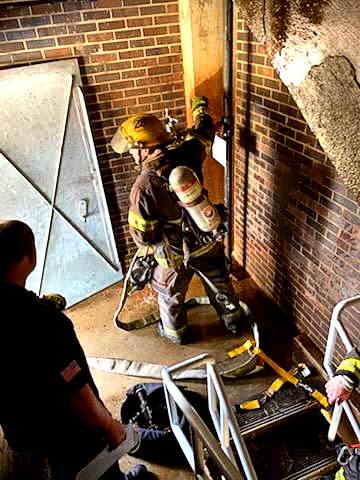 “Everything we do is about leadership,” DeLucca said: “accepting responsibility, owning your business, taking care of your team.

“People are people, and we need to lead.”

Just as important as responding appropriately in a high-pressure situation is the ability to conduct a critical self-assessment afterwards, regardless of the outcome, DeLucca said.

This breakdown, known in military circles as a hotwash, is an immediate, post-incident response to things that worked and things that didn’t, and a critical piece of performance improvement.

“We’re constantly self-assessing, self-critical, not only as an organization, but as an individual,” he said.

“We will do continuous sets and reps of high-tempo training that will show where we’ve improved as well as what work we still have left to do.”

DeLucca said he also appreciates the emphasis the Leadership Under Fire training places on “tactical fitness,” which emphasizes the importance of sleep, hydration, and proper nutrition in developing improved responses to emergencies by preparing during downtime.

“Across the board, it’s a life improvement, not just your job performance,” he said.

Assistant Cherry Hill Fire Chief Wade Houlihan said that although the Leadership Under Fire program represents a non-traditional approach to fire training, he believes its focus on critical decision-making, the science behind mental toughness, and leadership qualities will pay dividends even before firefighters find themselves in high-pressure situations.

“Over the years, the normal firefighting classes are hands-on, tactical, and sometimes we forget about the strategic portion, the prep portion, and how you deal with this stuff,” Houlihan said.

“They’re bringing attention to something we really don’t tackle in the fire service,” he said.

“I’ve done their seminars, and the biggest thing I took away from it was understanding what your mind and your body is doing during those stressful scenarios.”

After the first day of training, Houlihan said that students in the classes already seemed to be buying into the curriculum, and their positive feedback, from talk around the station dining tables to class participation, reflects that the lessons seem to be reaching their marks.

“Firemen are a tough crowd to teach, and you can’t B.S. them,” Houlihan said. “To see and to get feedback that everybody’s kind of in it shows that it’s needed, and shows that it’s well-received.”