In an effort to counteract dwindling numbers among members of the Jewish faith in the tri-county area, Rabbi Larry Sernovitz and a handful of Cherry Hill families want to forge a new, inclusive congregation. 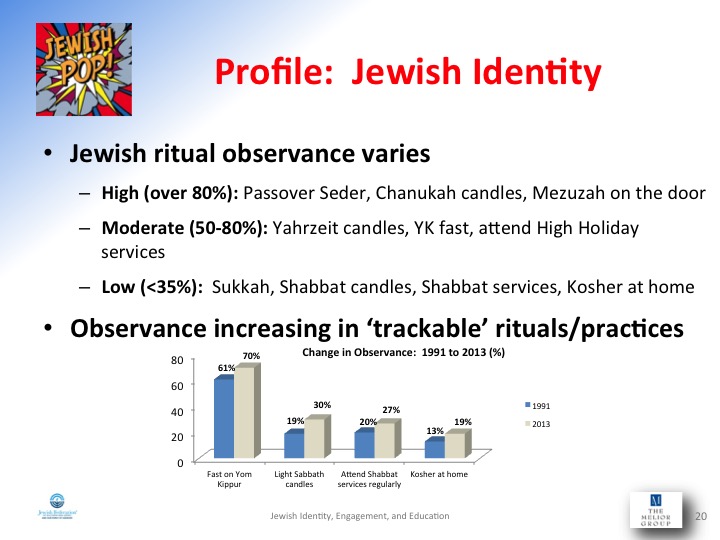 In 2017, Jewish identity is a multifaceted experience, according to the 2013 Jewish Pop survey conducted by the Jewish Federation of Southern New Jersey. Credit: JFSNJ.

What does it mean to be Jewish?

To some, it’s a question of ethnic identity; of cultural traditions preserved from a global diaspora through generations of life in America.

To others, it’s a question of religious doctrine; of pursuing spiritual enlightenment according to rites and rituals that date back thousands of years.

But to Rabbi Larry Sernovitz of Cherry Hill, the most pertinent answer to that question isn’t even what Judaism is in 2017, in South Jersey—but what it might become in the next decade.

In the United States, affiliation with organized religion has been steadily declining, and the numbers continue to trend downward as the millennial generation surpasses the baby boomers in population outgrowth. To Sernovitz, the question becomes one of how deeply that drop-off affects members of the Jewish faith.

That’s why he and 15 other families have founded Nafshenu, a new congregation intended to be more responsive to the circumstances and needs of Jewish people in South Jersey in a social, political, and spiritual context. Translated from Hebrew, nafshenu means “our souls.” It’s a name Sernovitz said reflects a vision to forge a contemporary approach to questions of faith and cultural identity.

“People want their religion to be transformative,” he said. “They want it to be responsive to their hearts and souls. We all have that sense of soul. The understanding was, ‘Let’s meet that need.’”

Sernovitz points to a 2013 population survey of some 3,000 residents of the tri-county area conducted by the Jewish Federation of Southern New Jersey as outlining some of the concerns with the status quo. The research concluded that affiliation with a synagogue peaks among those aged 45 to 59, at 53 percent, but drops off sharply thereafter, to around 35 percent.

Opportunities to improve those numbers exist among the 18-44 segment, but the survey revealed that more unmarried or childless people in that age demographic report feeling unwelcome at their houses of worship, which largely cater to the rites and rituals around the indoctrination of children in their faith.

Others reported being deterred from participation by concerns of finance or geography. These are all stumbling blocks that, to Sernovitz, indicate an opportunity to offer something different.

“Religion by nature has become transactional,” he said. “It’s a fee-for-service [model]. It was supposed to be about a sense of meaning and purpose, [but] then it became about the business. When it’s transactional, we’re not building the community. When we value each and every member, every soul is critical.”

To start, Sernovitz said religions need to avoid being “pediatric”—that is, hyper-focused on the needs of families with young children—because “when the kids are done, the adults are done too, because they were never engaged in the first place.” For those whose Judaism was contingent upon b’nei mitzvah training, once their rites of adulthood have been completed, there is little to anchor them in a culture that has obstacles of ritual, language, and philosophy before questions of denominational politics even arise, he said.

“A lot of Judaism is a performance instead of a prayer; it’s music you might not be able to sing to, readings that you can’t connect with in a meaningful way,” Sernovitz said. “People don’t want to be sung to, they want to participate. 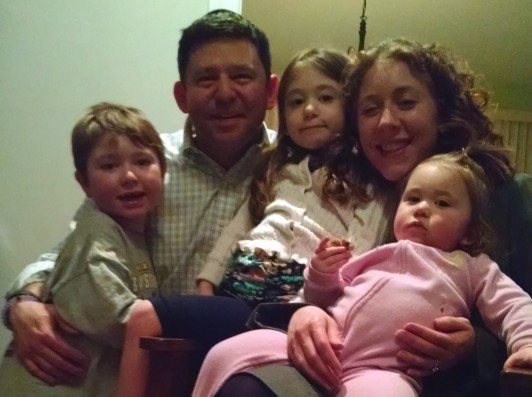 “We understand that people ebb and flow, and they come in and out, and it’s good for different times in their lives,” he said.

“But ultimately, if you found a sense of community that’s organic, and you feel that you count, that you’re validated, you’re going to stay.”

To that end, Nafshenu will be built upon four core components: spirituality, cultural education, social justice, and community.

The reforms the group will pursue are inspired by the work of Rabbi Sharon Brous of IKAR in Los Angeles, California, which models a come-as-you-are approach Sernovitz believes has a better chance of connecting worshipers with “a meaningful, profound Jewish education for kids and adults.

“We want to meet people where they are,” he said. “Let’s let them create the moment that they want to so that Jewish learning is relevant to their lives.We’re going to be teaching our kids conversational Hebrew so they can know the words and transfer it over when they’re reading a prayer.”

Returning to the social justice roots of the Jewish faith is another key tradition that Sernovitz said Nafshenu will emphasize, both in advocating for its people and in forming partnerships with interfaith coalitions to advance broader progressive agendas. He said a fear of losing the support of financial donors has handcuffed many synagogues from more publicly engaging with issues of political relevance to the faith. 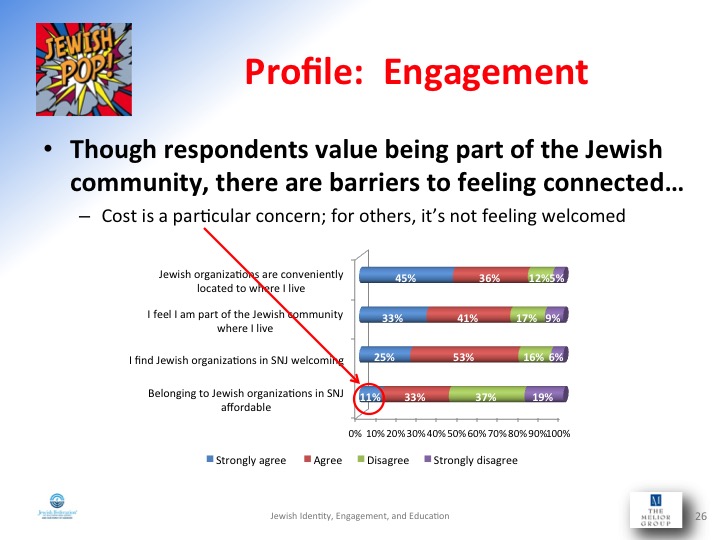 “Immigration, education, women’s rights, reproductive rights—so many of the issues that are out there today, we’re afraid to talk about. Tikkun olam—repair of the world—it’s not just for the Jewish community itself, it’s for the world.”

Sernovitz believes that larger, global view of Judaism as one in a continuum of faiths, all motivating towards a stronger local, national, and international community, is what will also help Nafshenu build strong connections with its membership as individual people.

He said many disaffected members of his faith testify that their religious experiences have been microcosmic of their larger social experience of feeling isolated, judged, and disposable. Instead, he wants his congregation to form an organic community that people join “not because they’re getting a service, but because they want to be part of a community that stands for something.

“Spirituality and ethnic identity don’t have to be exclusive,” he said. “In a world of independent thinking, everybody’s on a different journey. Wouldn’t it be nice to take the mask off, to be authentic and who we are, and to live a life that we’ve always dreamed of living?” 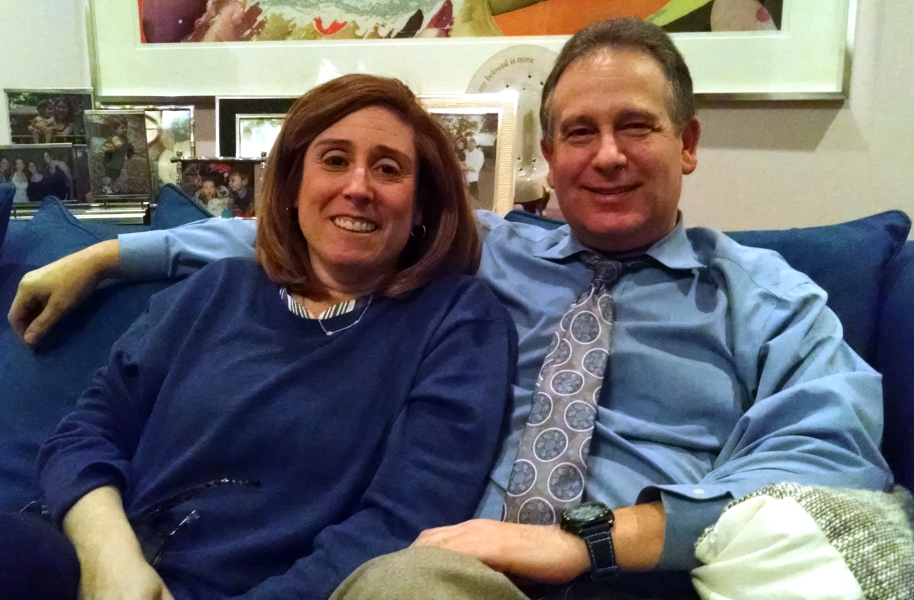 Risa and David Polodnick said they’ve struggled for 20 years to find the right synagogue for their family. Credit: Matt Skoufalos.

That search has been the dominant theme of a number of the families who comprise the first families of Nafshenu, including Risa and David Podolnick.

The couple both grew up in “pretty traditional, conservative Jewish homes,” Risa Podolnick said, and after having spent 20 years looking for a synagogue that felt right to them, have still been left wanting.

“I think a lot of people aren’t participating in their synagogues, or are leaving, or are unaffiliated, because they can’t find a place where they can call their Jewish home,” Risa Podolnick said.

“We want to make this a community where you feel good about why you go.”

Jonathan and Ronita Simon both grew up in Cherry Hill, albeit in very different cultures: Jonathan is Jewish, and Ronita is Bengali Hindu. When the two married 10 years ago, they stepped outside of familiar (and familial) boundaries, but decided to rear their children with a foot in both worlds. After their son, Judah, aged out of his Hebraic preschool, Ronita Simon said the couple “felt like we didn’t have as much of a connection” to their synagogue, and have struggled to interpolate their religious and cultural identities.

“Culturally, I was raised in a strong community, but not so much religiously,” Ronita Simon said. “We want to feel welcomed. Having my son, who is mixed, it couldn’t be more important.”

Jonathan’s brother, psychiatrist Jeffrey Simon, said his Jewish upbringing informed his pursuit of faith through various travels. Worshiping at synagogues from New Orleans to Vermont, he found the key to their success was finding ways to be accommodating of people who entered the faith from various perspectives. 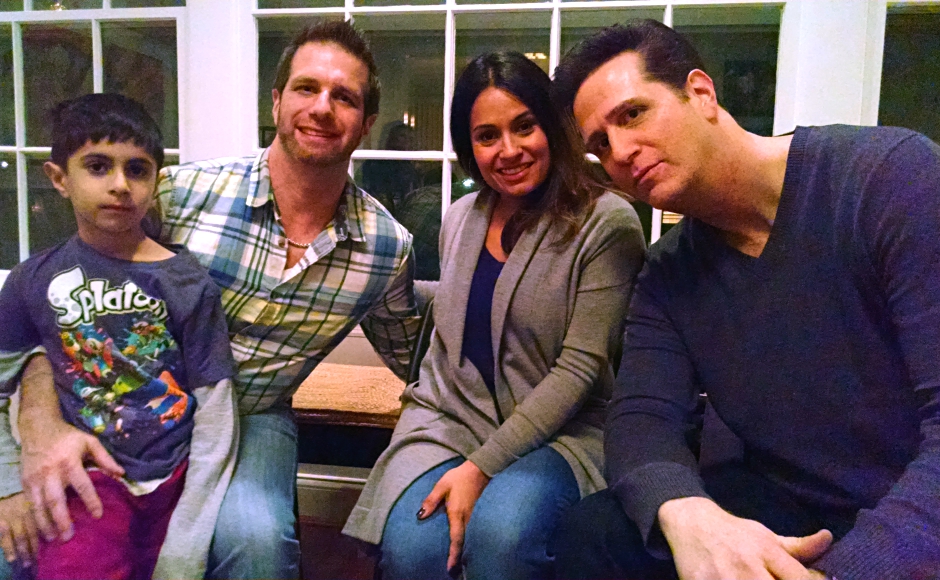 “We’d rather have you with us than without,” Jeffrey Simon said.

“I’d much rather be a part of a faith that welcomes people into the community rather than boxing them out,” he said.

For people like Shera Goldstein, opportunities to participate in social justice causes are a determining factor in her faith. She credits a strong youth upbringing in her synagogue as having instilled those virtues of worldliness in her from childhood.

“In order to be living the life that you’re supposed to live by the Torah, you’re supposed to do good in the world,” Goldstein said. “It’s important for my daughter to see that she can give back to the community. I really need a religious leader who lives by the things we talk about.”

Ron Adelman, who was raised in a conservative Jewish tradition and said he’s always been affiliated with a synagogue, worries that the “the non-orthodox community just seems to be spinning its wheels” in its treatment of young people. 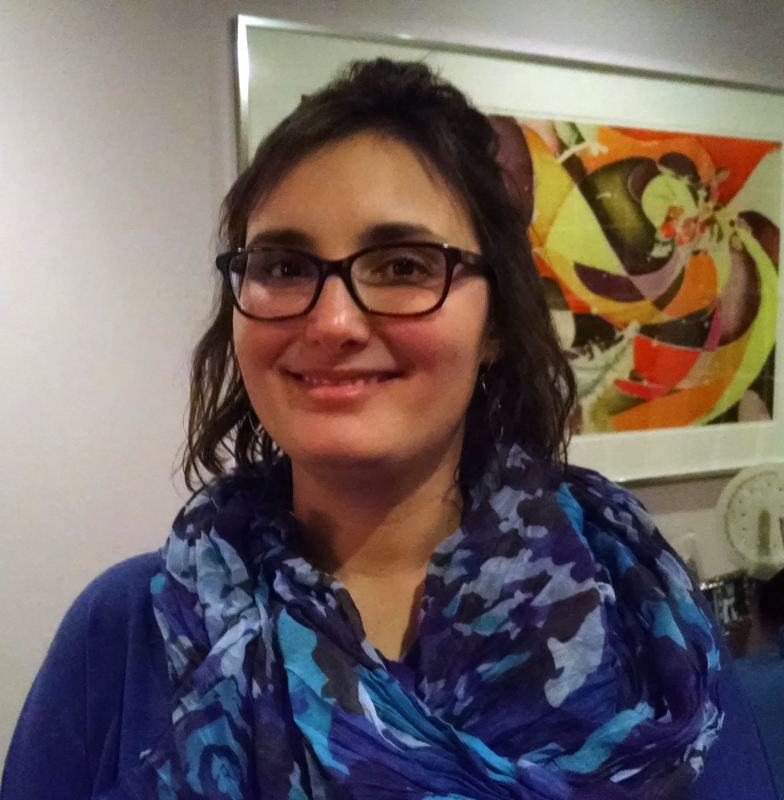 “My interest in going forward is to establish a Jewish consciousness that includes my children and my grandchildren, and children of people in the community going forward,” Adelman said.

“Focusing primarily on prayer and ritual has become more irrelevant to young people. They can’t connect with the literal version of prayer.

“I have no doubt that there will be sort of a half-life of Jewish enthusiasm and it will diminish by 50 percent in its intensity in each generation,” he said.

“We have to make Judaism relevant, and we have to inspire people. I don’t feel rejected by other synagogues, I just want more. Because we’re all part of a community is what makes this exciting. We’re multifaceted, and I think that’s the beauty of this.”

“We’re all here to come together to bring those relationships and talents and finding something that will bring relevance and meaning and purpose in a world that is sometimes lacking and soulless,” Sernovitz said. “Where we’ve come from defines our perspective, but it allows us to move forward and define who we want to be.” 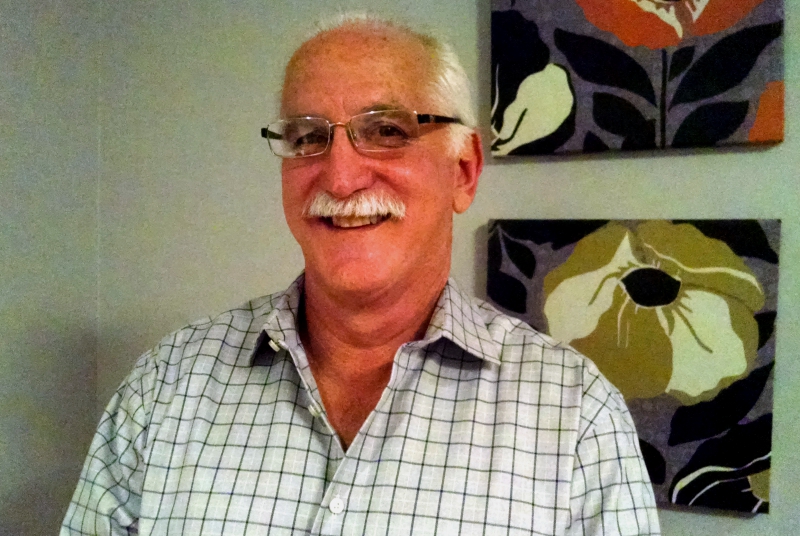 Ron Adelman said he wants to belong to a faith that is transformative in its approach to including young people. Credit: Matt Skoufalos.

Nafshenu is still looking for a permanent headquarters in Cherry Hill, but Sernovitz has a vision for the space his congregation will create, which he said will include educational spaces “for adults and kids to engage in experiential Judaism,” an inclusive, nontraditional prayer space, and areas dedicated to the advancement of social justice causes.

The group is targeting a July 1 opening with services leading up to High Holy Days in September.

“We’re not a synagogue,” Sernovitz said. “We offer opportunities, but we’re not doing it in a traditional way. We’re looking to complement, not compete. We’re looking to fill a void. Everybody’s welcome. Come in, come through our doors, be inspired.”