Haddon Township resident Jeff Lowrance hopes his fresh-and-simple approach to high-quality pub fare will help the revived Oaklyn Manor capture as much attention for its kitchen as for its familiar comforts. 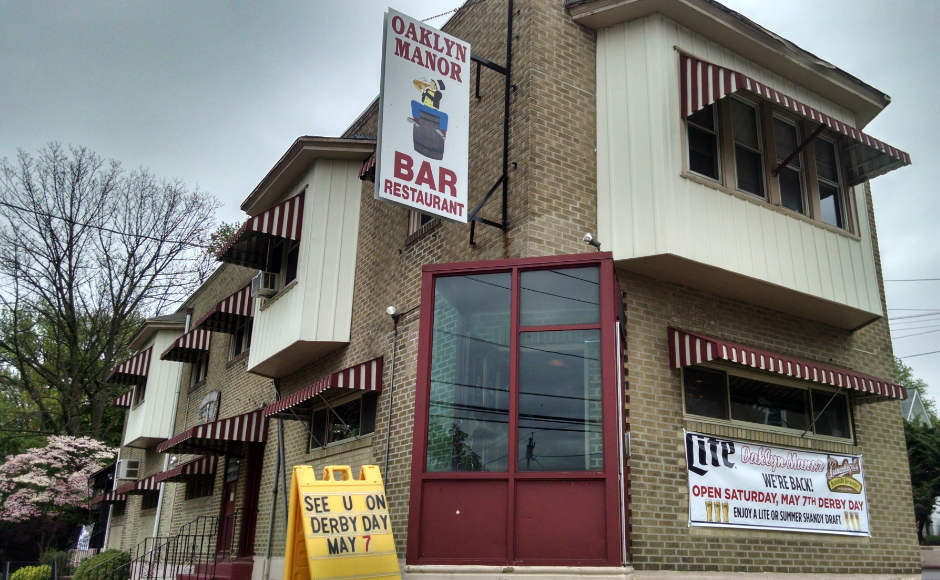 When Lisa Del Duke began restoring the Oaklyn Manor, putting the kitchen back in working order was more important to her than deciding what food to serve out of it.

But since bringing the borough’s landmark business back online in early August, Del Duke has been able to help focus its menu into something she believes will allow the pub to distinguish itself even further.

“I really feel like we have something that nobody else has,” she said; “something that’s fresh and consistently good.”

Her partner in delivering on that vision is Chef Jeff Lowrance. The Virginia Beach native is a 12-year Haddon Township resident and Naval veteran who was trained in the culinary program at the Art Institute of Philadelphia. Lowrance, who has spent most of his 20-year career as a chef in corporate kitchens for companies like Wegman’s, Sodexho, and Aramark, said his philosophy of cooking boils down to two principles: fresh and simple.

“We use good, fresh ingredients,” he said. “We keep things simple, and it’s a focus on consistency and flavor. My hope is that people don’t have to use salt and pepper with my food.” 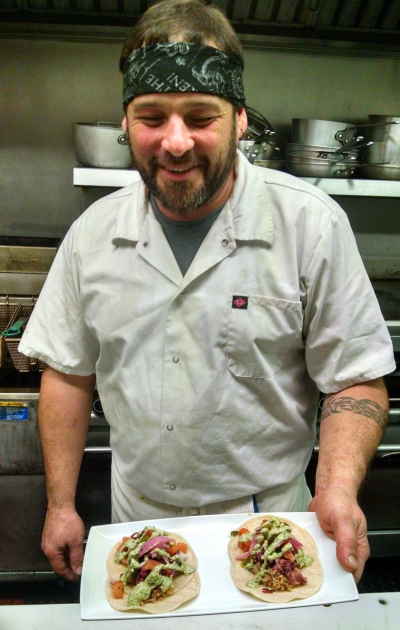 The new menu at the Manor trends towards gastropub, which Lowrance said is in keeping with its craft beer list. Most plates are served tapas style, and feature from-scratch recipes that he intends to be a step up from traditional bar fare.

The pork shoulder featured in the pork tacos is slow-roasted overnight in a Tonewood Amber ale marinade (the beer also forms the base for the house-made barbecue sauce, and Tonewood IPA lends its flavor to the shrimp marinade).

Buffalo wings are brined for 24 hours, oven-baked, and are finally fried before serving. Even the pickles—garlic dill, bread-and-butter, onions and jalapenos—are prepared in-house.

“We do play with a lot of varied ingredients. We’re trying to think of things that are fresh and exciting.”

On the horizon, the chef is planning a pressed sandwich on traditional Cuban bread, a house-made pastrami sandwich build around a six-day-brined brisket, and possibly falafel sliders to complement the buttermilk fried chicken, meat loaf, and pulled pork options currently on the menu. 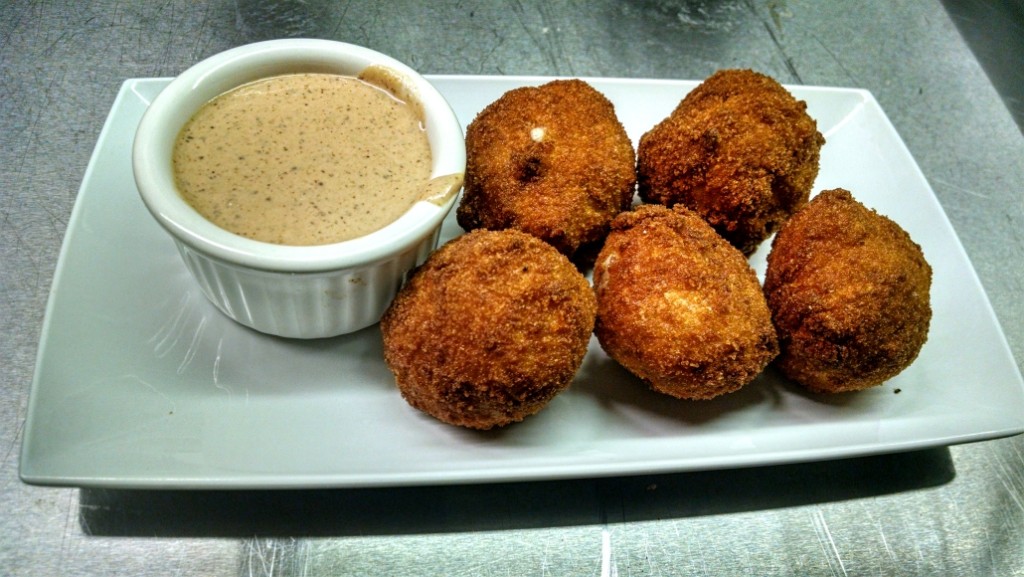 “I have a head full of ideas,” Lowrance said. “I also utilize my staff. They’re the ones who bring everything to life.

“It’s all teamwork, hands down,” he said. “When they come up with ideas, we incorporate their ideas. Everybody gets their piece of the pie.”

Lowrance said a strong camaraderie underpins the upbeat atmosphere of a kitchen that is based around lively music and a good sense of humor.

From the dishwashers to the line cooks, he is as focused on bringing everyone around him up as he is on executing his own ideas. 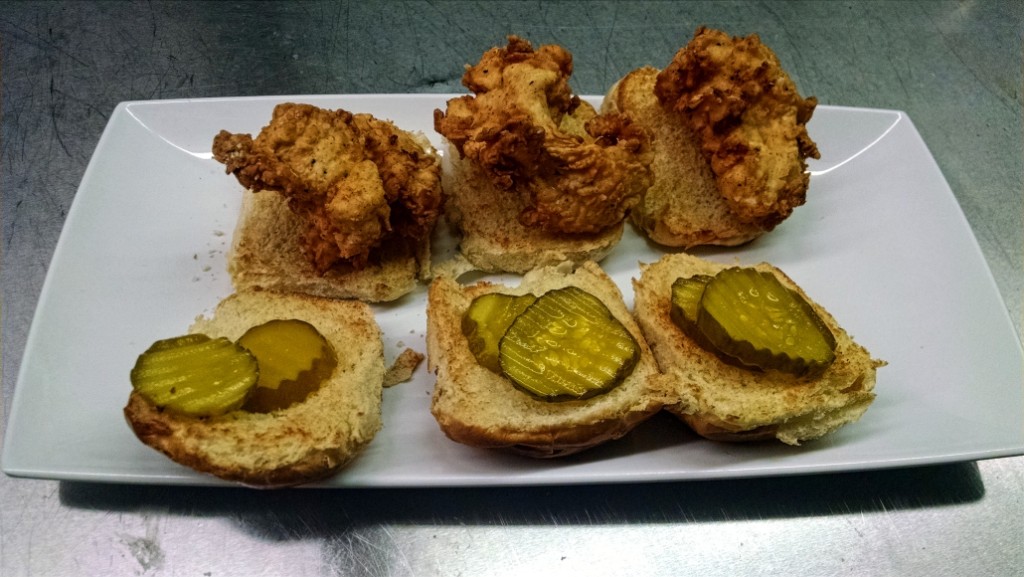 Bringing along the traditional Manor patrons, who still ask for old standbys like the Giordano broiled lunchmeat sandwich or Mongo fries, may take some time, but Del Duke said the early reviews have been positive.

“We’re a local town bar,” she said. “We’re not going to be anything fancy, but we have new things that are going to be coming out.

“We’re not going to have entrees, but I feel like we have things that you really can’t find around here,” Del Duke said. Some dishes, like the original Manor cheese fries, remain; other old favorites may return as specials.

“It’s more difficult to cook fresh because it’s not prepackaged,” Del Duke said. “It costs us more in labor to do this, but we thought it was important to bring a different light to the food menu here.” 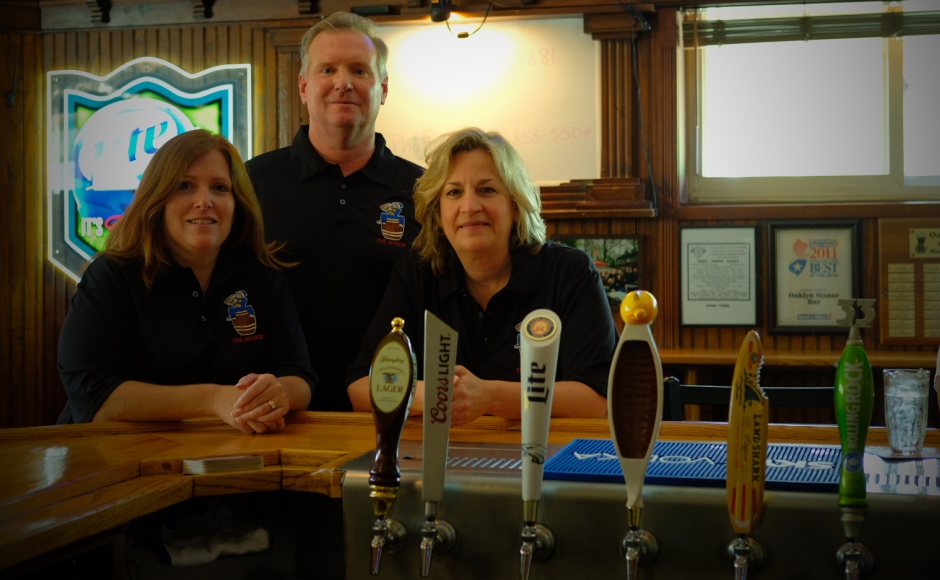 “We’re going to lead them to the better food,” Lowrance said. “We’re trying to change the way they eat.”

The Oaklyn Manor kitchen is open from 11 a.m. until 10 p.m. daily; Del Duke said a smaller bar menu may extend those hours to midnight within the next month.