A locally shot campaign video meant to highlight the presidential candidate’s economic platform for small business apparently didn’t ask any of the storefronts that appeared in it. 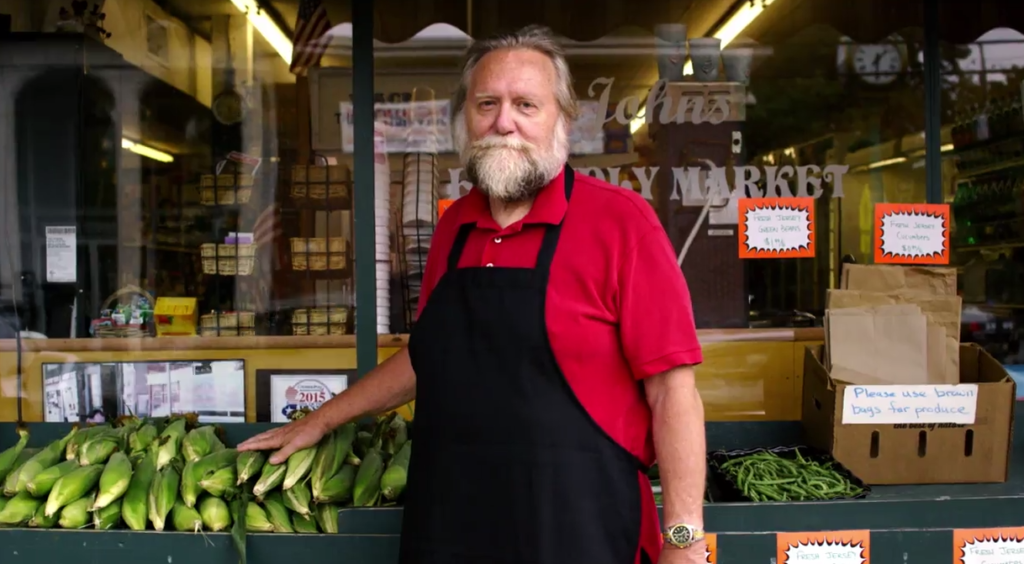 A presidential campaign ad designed to portray GOP candidate Donald Trump as returning America to its small-town roots has some business owners in the town in which it was filmed feeling exploited for the nostalgia their charming storefronts evoke.

As first reported in Philly.com, the Trump commercial, which is set to run in nine battleground states, was filmed over the course of a week in Haddon Heights this July.

It depicts the borough’s Station Avenue business district in all its glory during an Independence Day parade amid a montage of other shots.

But some business owners whose shops appear in the ad say they either weren’t asked for permission to participate in the ad, or may have been deliberately misled about the filming that took place outside their shops.

Josie Doto, who co-owns John’s Friendly Market with her sister, Grethe Kiley, said her business is a frequent backdrop for shutterbugs, particularly families who gather for photos when revisiting their hometown.

But on July 11, Doto said Kiley noticed film crews outside the shop who brushed her off when she asked whether they had gotten permission to film there. Another employee, Mary Messner, said she was told by the camera crew that they were simply filming storefronts up and down the street. 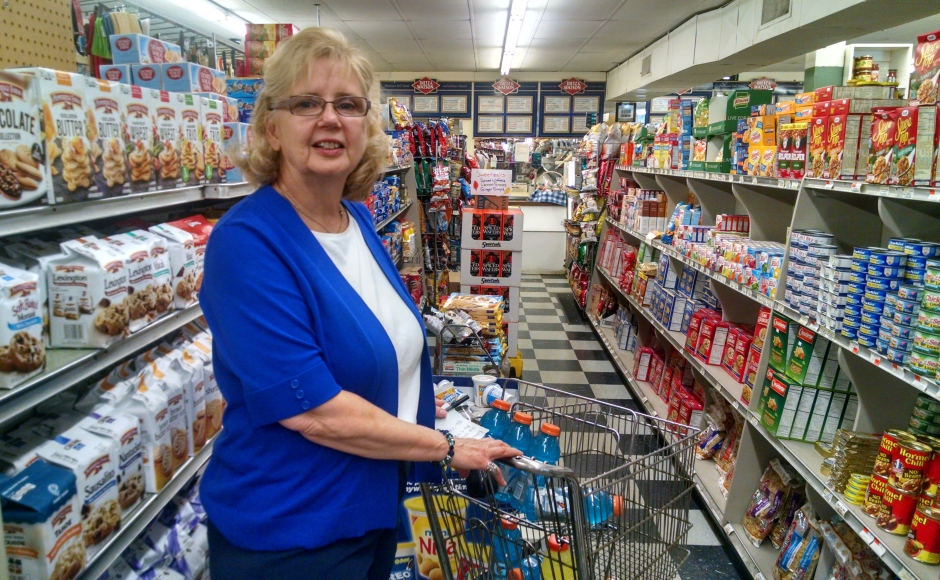 “They gave me a different story than the one they gave Grethe,” Messner said.

“They never got permission,” Doto said.

The ad depicts an actor, a bearded man in a black apron, standing outside the storefront with his arms folded. No such person works there, Doto said.

The sisters were most upset, because their father, the late John Johnson, had always maintained political neutrality in his decades of running the business.

A constant presence in his red blazer, the store’s namesake had always kept his market an inviting space by keeping the politics out of it.

“He always remained neutral with all candidates,” Doto said. “If anyone approached him, he always said, ‘Hopefully your opponent is my customer, too.’”

Doto and Kiley want their customers to know that nothing has changed in the time since.

“We’re the same as we’ve always been,” Doto said; “the same as my dad has had it. Everyone is always welcome. We are all happy to be here.” Sixteen-year Haddon Heights resident Dennis McGlynn noticed a camera crew while marching in the Haddon Heights Fourth of July parade with his sons, who are scouts.

McGlynn said he saw them set up as the parade wound down by the artillery guns in Haddon Lake Park, but didn’t stop to chat.

When he saw the commercial, however, McGlynn didn’t recognize any of the principal figures in it: the man in the Afghanistan Veteran hat, the cub scout who saluted him, the neighbors hoisting the flags outside their homes.

Doto’s and Kiley’s reactions to the encounter rubbed McGlynn the wrong way, too. Even if only locals will be able to spot the actors in the commercial, he believes, “unless a business wants to, they shouldn’t have to talk about their politics.

“Regardless of whose commercial it is or whose campaign it is, there’s a proper way of doing things, and I don’t think it was done that way,” McGlynn said. 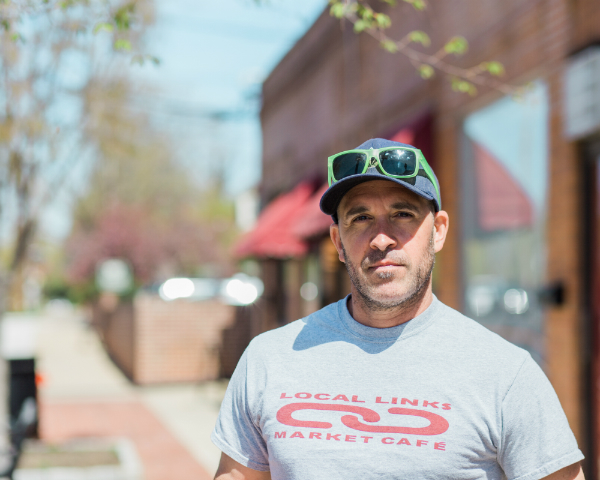 Joe Gentile, whose Local Links storefront also appears in the ad, said he was rankled not by the free publicity but by the absence of consultation around it.

Gentile argued that national campaigns wouldn’t treat larger chain businesses that way, and said small businesses should be given the same opportunity to clear the usage of their branding.

“Say you’re Donald Trump or Hillary Clinton and you decide to shoot a commercial in Cherry Hill,” Gentile said.

“Let’s say Best Buy pops up in the commercial, and Best Buy has no idea that their logo is going to be on a political campaign. Do they want that to seep into their business?

“The last thing you want to do as a business is go one way or the other,” he said. “You don’t get to have a choice as a business, and that’s why John’s is so upset.”

Gentile, who heads up the Haddon Heights in Progress (HIP) business coalition, said the lack of notice “sets a precedent that doesn’t bode well” for the separation between small and large businesses. He argued that the camera crew might have been more careful with its framing had it been positioned on the other side of Station Avenue, with PNC Bank in the shot instead.

“You’re going to lose customers based on that, which is why I try pretty hard not to be political,” Gentile said. “It would be nice to know that they were doing a commercial in front of my shop and my business is in the commercial.”

Despite the kerfuffle, Gentile said he’s bullish on the prospects of the borough as a whole. 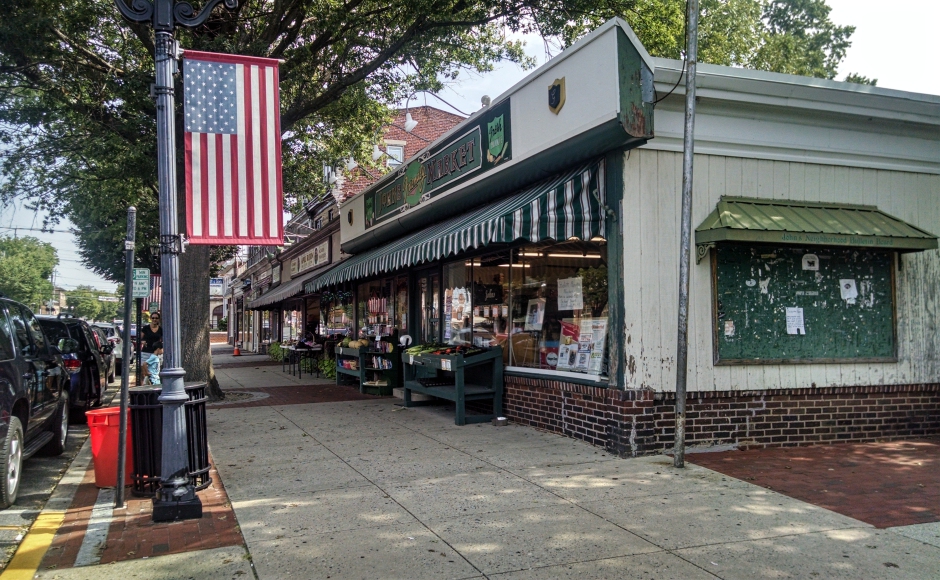 John’s Friendly Market is a mainstay of the Haddon Heights downtown and a frequent photo backdrop. Credit: Matt Skoufalos.

“I believe that this town’s got something that not everybody saw five years ago, and nobody saw ten years ago,” he said.

“I believe that it’s got this quality. If every town in America was like this, it would be awesome. It’s a very, very cool, interesting, different place.”

Haddon Heights is one of the few communities in the area with a partisan municipal government; many are organized under the Walsh Act statute, which elects unaffiliated commissioners.

The borough is known as a Republican stronghold, having hosted New Jersey Governor Chris Christie in recent years (and, very nearly, a GOP primary appearance from Heidi Cruz, the wife of GOP presidential candidate Ted Cruz).

Nonetheless, said Mayor Jack Merryfield, the borough “does not and will not take a position on any candidate for public office.

“We try to stay out of politics, particularly at the national level,” Merryfield said in an e-mail Thursday. The mayor added that the borough had not been notified that anyone would be filming during the Fourth of July parade, but that he didn’t believe consent would have been required to film at a public event.

Merryfield, himself a longtime business owner, said that he believes that local businesses “are a key part of what makes our town so special. 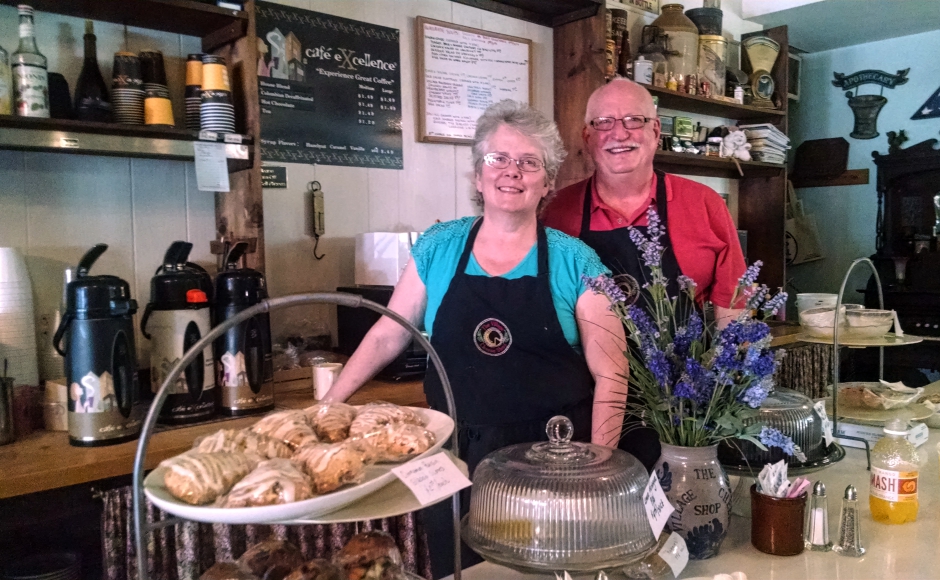 Farther up the block at the Village Cheese Shop, owners Brett and Ethel Harrison said they weren’t troubled by the ad.

Ethel Harrison said she was proud that the community was being shown off as an example of “the goodness” of small-town America.

“I don’t find anything offensive about it,” she said. “I think it’s positive that anybody would want to come to our town and promote it through a commercial.”

The Harrisons, who head up the Haddon Heights Business and Professional Association, said they’ve hosted political events for candidates of every stripe. They don’t believe any business should be penalized for taking a political stand, but said they “try to play neutral.”

As for those who were upset by the depiction of their downtown or of their businesses, in the ad, Harrison leaned on the kind of conventional wisdom that you might expect in small-town America.

“When the world gives you lemons, make lemonade,” he said.