Trending
You are at:Home»Government»Norcross Calls on Congress to Close Terrorist Loophole in Federal Gun Law 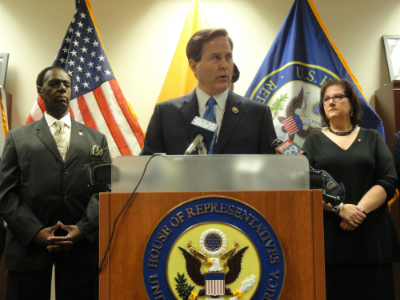 And nowhere in the national conversation has America lost the narrative thread more evidently than on the issue of gun control.

But New Jersey Congressman Donald Norcross believes the country can stand to pluck the lowest of the low-hanging fruit, and at least prohibit the sale of firearms to persons on the national terrorist watch list.

In the decade between 2004 and 2014, the U.S. Government Accountability Office (GAO) found that 2,043 people on the FBI consolidated terrorist watch list were able to purchase assault rifles or handguns—91 percent of the 2,233 who attempted to do so.

“I still can’t comprehend how this can happen,” Norcross said. “How can we give guns to a person on the terrorist watch list?”

The congressman likened failing to close the loophole in the law to being a bar owner who gives car keys to a visibly drunk patron. On Monday, Norcross held a press conference in his Cherry Hill office to petition his colleagues in Congress to take up the issue before their holiday recess.

“What better Christmas present to the American people and against the terrorists than to pass this bill?” he said.

Strategically, Norcross believes that Congress could attach the Denying Firearms and Explosives to Dangerous Terrorists Act of 2015 to the $1.1-trillion omnibus bill to give supporters “political cover” without having to challenge the gun lobby outright. He urged voters nationwide to contact their elected officials and to ask them to support the bill.

“This is not a gun issue,” the congressman said. “This is a terrorist issue. We need to hear that outcry from the public.

“Public officials get it,” Norcross said. “Most of the people here in America get it. The few folks who don’t are those who serve with me in Congress. This isn’t an election issue; this isn’t a partisan issue. This is an American issue. If it saves American lives and keeps our country safer, that’s what I care about.”

Even if the bill only drives suspected terrorists to pursue illegal weapons purchases elsewhere, it can still function as another hurdle that Norcross said will delay or defer those transactions while giving law enforcement intelligence “another chance to get them.

“We’re just taking one of the pages from their playbook,” he said. 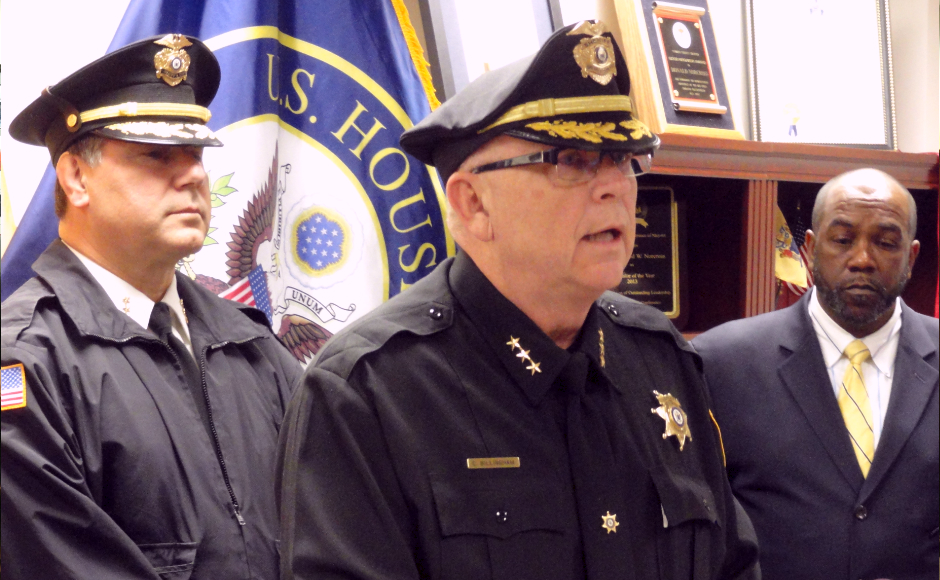 ‘I just don’t get the pushback on this’

Norcross was flanked at the podium by local law enforcement officials who were similarly perplexed at previous political rejection of the measure.

Departing Camden County Sheriff Chuck Billingham, who described himself as a lifelong gun owner and “strong proponent of the second amendment” said he hasn’t “found the objection” to closing the terrorist watch list loophole among fellow firearms supporters.

“I just don’t get the pushback on this,” Billingham said. “I urge everyone in the Congress to put their allegiances to any organization aside and to think of the Americans and public safety.”

Norcross echoed Billingham’s sentiments during the press conference, identifying the hold-up as “special interest groups that have drawn a line in the sand” on issues of gun control.

“They have a stranglehold,” he said. “[But] here’s an issue that’s not about the guns. It’s about the terrorists. I’m not hearing anybody in Congress saying we shouldn’t have a watch list for terrorists. This is about keeping terrorists from what they want to do, which is disrupt our life here in America.”

At the root of the gun issue, overwhelmingly, is the profit motive for arms manufacturers. The $11-13 billion dollars generated annually is on the line every time restrictive legislation is discussed, clouding the atmosphere with fear for gun owners and prospective gun owners—fear that access to weapons will be deemed illegal, or that failing to arm themselves will leave them susceptible to further violence. 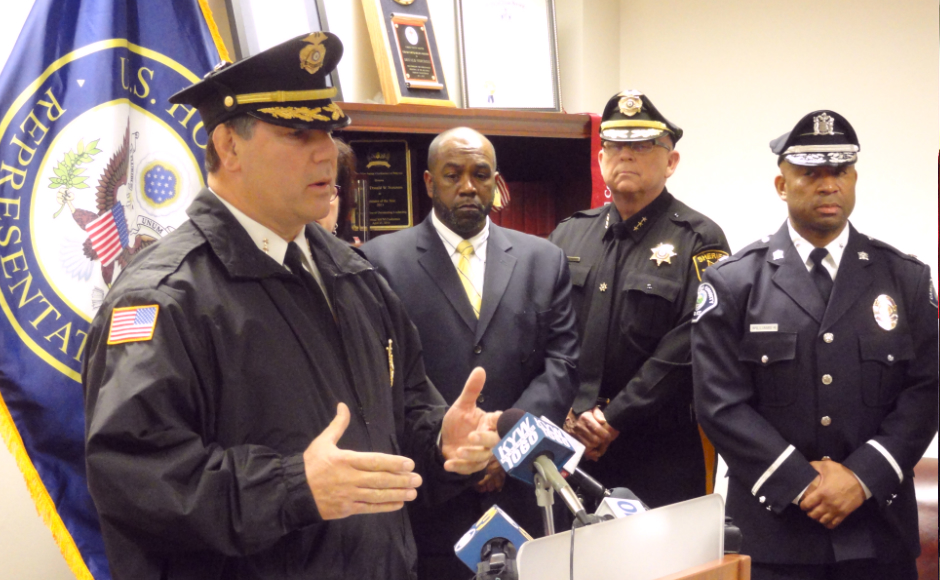 Although New Jersey has stringent firearms bills, crimes are still committed that involve guns purchased out-of-state or by “straw” buyers: those who buy and then give or privately resell guns to people seeking to avoid a background check.

In Camden City, where terrorism is far less of an immediate concern than gang violence, Williams said that gun buyback programs have had some success in augmenting the strides made by background check laws.

But the department measures its successes in the number of city residents who feel safe enough in their neighborhoods to “walk around freely and be able to play in the street,” he said.

“What we’ve tried to do at the Metro is give residents a better way of life than just hearing the gunshots,” Williams said. “What affects Camden spreads out throughout the whole county.”