Trending
You are at:Home»Police & Fire»Project SAVE: Progressive Policing Expands Scope of Addictions Intervention

By bringing in treatment advocates at the point of arrest, Gloucester Township Police have reduced recidivism rates for drug crimes and built a program ready to expand county-wide. 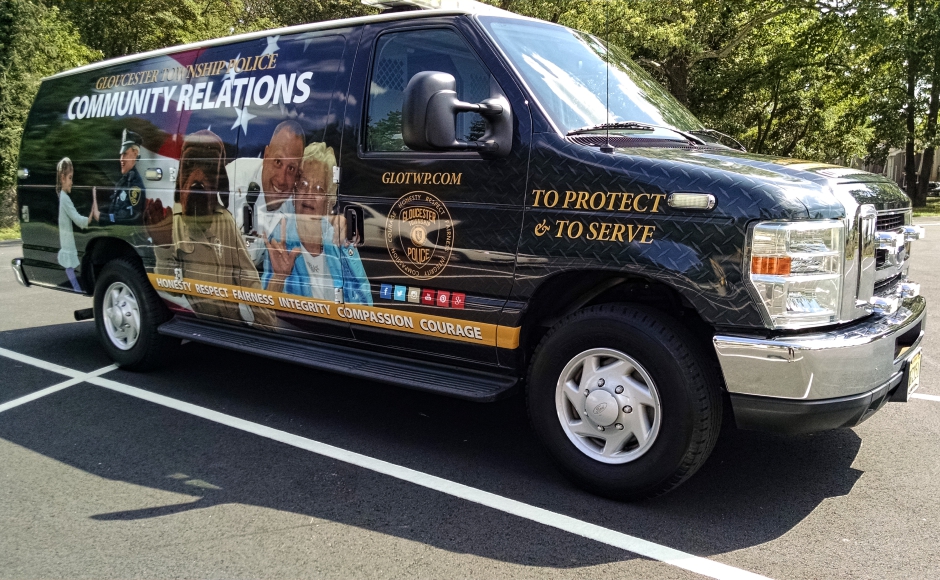 Focusing on “third-gear” policing strategies—prevention and intervention services beyond arrest—has helped Gloucester Township drive down its overall crime rates 35 percent in the past five years.

But Police Chief Harry Earle believes there’s still room to improve on those numbers, particularly in the area of addiction.

“The majority of our crime is going back to some kind of addiction or drug abuse,” Earle said. “It’s not all, but it’s the majority.”

In June 2014, Gloucester Township police rolled out Project SAVE (Substance Abuse Victimization Effort), an effort to make treatment services more accessible to people whose criminal behavior is rooted in addiction, thereby preventing overdoses and additional crimes. In November 2015, the department dedicated a retail officer to identifying shoplifters who could be likely candidates for the program. Now Project SAVE is expanding to provide treatment referrals at the point of arrest instead of in the courtroom.

“If we lock somebody up for a drug-related offense, they’re waiting until their court date to meet with our SAVE advocate,” said Gloucester Township Police Lieutenant John Stollsteimer. “It could be a month or two months. We didn’t want to let that time go by.”

Instead, patrol supervisors screen a suspect before releasing him or her from custody in order to more quickly connect individuals with a SAVE advocate.

Since the program has been expanded, it has reached 158 people, 131 of whom began some form of treatment for addiction. Twenty-four completed the course, and 17 of them have not been arrested since.

“We don’t have anything close to that with any other drug crimes.”

Earle said the SAVE program is meant to interrupt addictive behaviors before people have a chance to commit more serious violations.

“New Jersey Drug Court works very well, but the problem with that is you have to commit a fairly serious crime to get to drug court,” Earle said. “People wound up at superior court who were probably so far gone that they weren’t eligible for drug court, but they were in our municipal court and others for shoplifting, credit card fraud, and there was no help for them. Let’s get some help for them.”

Introducing an advocate into the process allows persons accused or convicted of crimes to connect with the necessary services for treatment or counseling. Often they have family with them begging for help, Earle said. 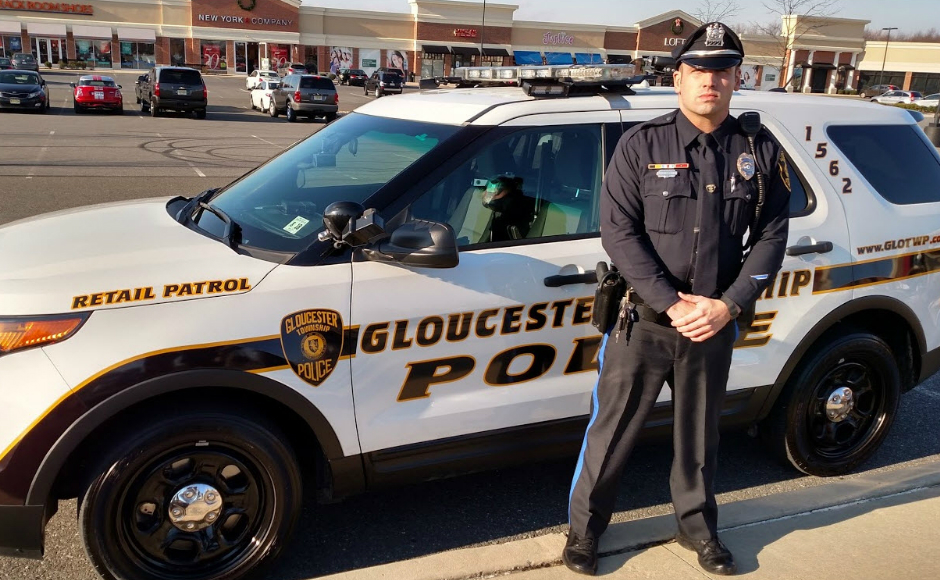 Retail Patrol Officer Anthony Massi is trained to look for suspects who may be candidates for addiction counseling. Credit: Gloucester Twp. Police.

Gloucester Township Mayor David Mayer said the program has demonstrated its value and is now ripe for expansion.

The community was the first in the state to add a drug counselor to its court; a similar model has emerged in Middle Township, and Haddon Heights is considering one as well.

Mayer said he’s in talks with the Camden County government to take the SAVE program county-wide.

“We want to continue to raise awareness that drug addiction is a national epidemic,” Mayer said. “It is not just Gloucester Township. This is a national problem affecting every community. We can get these people, get them the treatment they need, and we’ll reduce crime in the future.”

The program costs $25,000 a year to operate, as compared with the $54,000 annual cost to house an inmate in a New Jersey jail. If even 17 people are prevented from going to jail, “it’s an easy investment,” Earle said. Those who don’t see the program all the way through may find their way into treatment in the future, as relapsing or discontinuing treatment is part of a normal cycle of recovery.

Operation SAVE isn’t the only anti-addictions program Gloucester Township operates. Prescription drug drop boxes fill up regularly, and must be emptied at least every two weeks, Earle said, adding that one the police department had brought to Gloucester Township Day filled up at the event.

“Crime has no borders,” Earle said. “If we have this successful program here attacking this issue, but communities nearby us do not, we are not working together to address people who commit crimes. The more working on this, the better off all communities will become individually.

“The most important thing that’s already happened is the change in mindset, the change in attitude,” he said. “That change is important because it helps us address the problem, find a solution, and ultimately address crime.”