Owais and Mona Lari of the Pakistan American Society of South Jersey discuss the impact of the mass killing on Americans who trace their roots to parts of the world that have been targeted.

On Easter Sunday, many Pakistani-Americans—and non-Pakistani Facebook users—were stunned to learn of a terrorist attack that killed 72 people in Lahore, the second-biggest city in Pakistan. Carried out by a Taliban separatist faction, the attack was intended to disrupt the Christian holiday as families gathered in a public park. The majority of victims were children.

Owais and Mona Lari of the Pakistan American Society of South Jersey have been helping local people to cope with the effects of the tragedy even as they themselves try to work out their feelings around it. On Thursday, the Laris will lead a peace rally on the steps of City Hall in Philadelphia. We spoke with them in advance of that event. 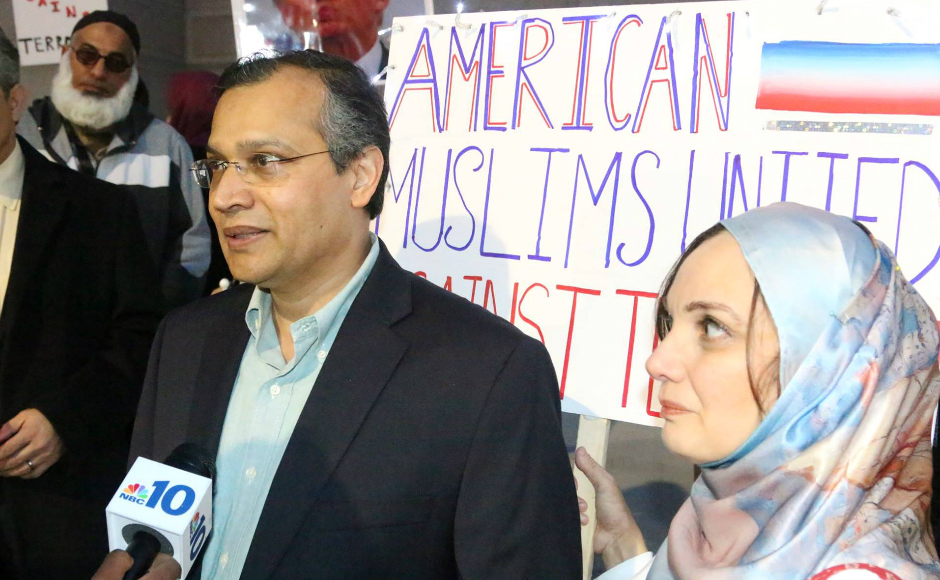 NJ PEN: For people who don’t have a sense of Lahore other than in the context of this attack, can you describe what it is like?

OWAIS LARI: Lahore is the second-most populous city in Pakistan, and it’s a very historic city.

There’s a huge Christian community in Lahore, and [victims of the suicide bombing] were meeting in the park; mostly women and children. They have these small rides, swings and other things. There were 10-15 armed security guards there.

NJ PEN: There are armed security guards posted in a public park?

OL: That has become a way of life.

MONA LARI: Even at weddings, you can’t go without a security check.

OL: We have seen in the past that [when]they have religious activities, [officials]are on high alert. This was just a family gathering [place]; being Easter, there were more people, and it was a bigger gathering. But now we found out that of those people who died, 72-plus, 14 were Christian, 58 were Muslim. They were targeting Christians, of course.

ML: And 39 were children. Bullets don’t identify you as Muslims or non-Muslims. They kill you.

“Their biggest target is Muslims; to stigmatize them, marginalize them, and make them separate. We had Taliban, al Qaeda, and now we have ISIS. They have a huge marketing arm that works on youth. They capitalize on hate. That’s what fuels them.”

NJ PEN: Are you familiar with the group Jamaat-ul-Ahrar, who took credit for this attack? What is it we’re meant to understand about who they are and what they want?

OL: This particular group are a faction of Taliban. They were disowned by Taliban, and this group has set their allegiance to ISIS. They are more militant compared to Taliban.

I think their goal is to create discomfort. Their biggest target is Muslims; to stigmatize them, marginalize them, and make them separate. They want people who are anonymous to recruit them. We had Taliban, al Qaeda, and now we have ISIS. But ISIS is more shrewd. They have a huge marketing arm that works on the youth. They capitalize on hate. That’s what fuels them. Now they are using social media; youth are going there, recruiting them, and running the show.

We cannot let them win this the way they are winning. We need to make sure we join in solidarity, we promote peace, and we tell them they are contrary to Islam. You don’t target unarmed people, women, older people, and children. 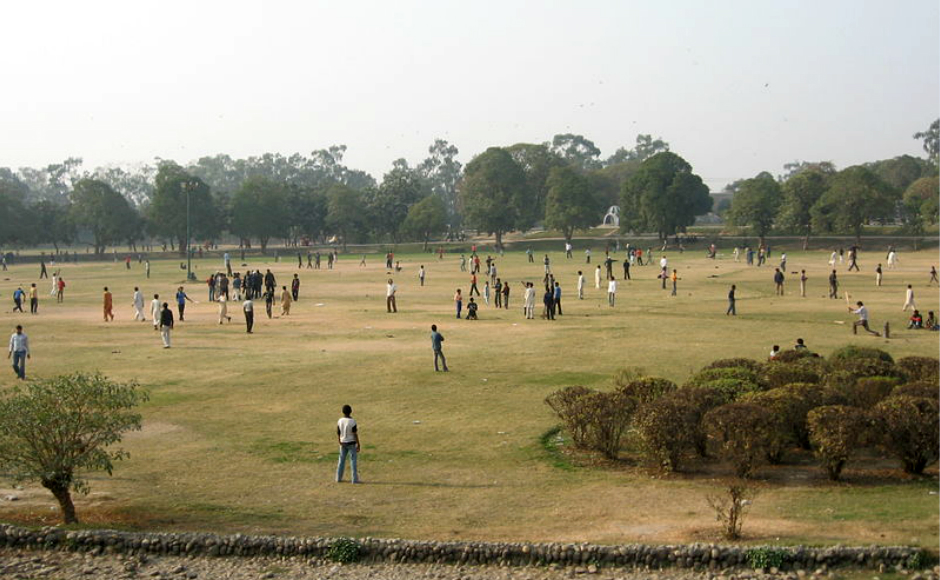 NJ PEN: Did you lose anyone in this attack? How closely connected to that region of the world is the Pakistani community in South Jersey?

OL: There are a lot of people from Lahore. Sixty percent of the population is in Punjab, that province, and 55 to 60 percent of Pakistanis in South Jersey have family from Punjab. They were concerned.

We did not hear of anyone who was impacted. Facebook has this safety check. A couple of my friends were marked safe; people thought they were visiting Lahore, but they were here in the U.S.

ML: Emotionally, we are all shaken. In a way, we are always impacted whenever there is an act of terrorism.

OL: When San Bernardino happened, or a shooting in a movie theater, or the shooting at Sandy Hook, especially when innocent people are affected, it shakes you up. These were children. They had all their lives ahead of them.

NJ PEN: How do you deal with that grief and that outrage?

OL: First of all, you have to let the emotions go out, but you need to channel them in the right direction. I always ask people to have a vigil; to get together and mourn together. Yesterday, Mona got permission from Philadelphia City Hall to hold a candlelight vigil there on Thursday. We are inviting anybody who emotionally cares to get some time to come out; anybody who wants to share their experience. It won’t take very long. We are starting at 6:30, and at sunset we will finish it with a candlelight vigil.

We will remember all those victims who were affected by [the recent attacks in]Lahore, Brussels, and Ankara. I am also reaching out to the Christian community of Philadelphia.

ML: You don’t have to be affiliated with anyone. If you are a human, you should show up, and you can mourn with anyone.

NJ PEN: When you talk about channeling emotions in the right direction, what do you suggest people do to deal with their grief?

OL: [Terrorists] want to incite hate from everybody, and they want to divide. The best weapon against terrorism is to respond with unity and solidarity. The problem is, since people have a lack of knowledge of [Islam], they have intermingled and mixed the culture with the religion. I could be wearing a three-piece suit or a tuxedo and be a good, practicing Muslim. It has nothing to do with faith, but somehow they mix the religion with the culture. When you talk about Muslims, you cannot generalize everybody. 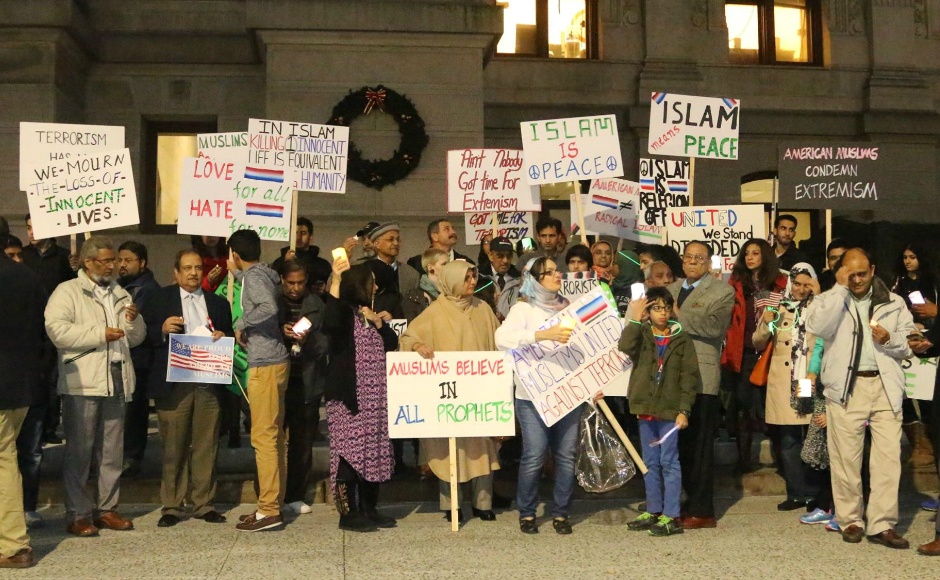 NJ PEN: You mentioned three very different places—Ankara, Brussels, Lahore—where fundamentalist attacks have happened. Is there an intentional connection among any of them, except to be disruptive and spread fear? What is the agenda that’s being driven here?

OL: If you look at it, it’s all about money and economy, or political power. They give it a spin of religion and somehow people fall for it.

Religion is a very powerful force. This is nothing new. Thousands of years ago, if one kingdom was having a famine, and another was thriving, they would demonize them with religion, and it was an economic purpose they were after. Somehow they can use the religion as a trump card and people fall for it.

“Events like this bring the self-esteem of our children down. They are born and raised here; I don’t want them to feel like being Muslim is a baggage. They should cherish and feel proud being a Muslim or being Pakistani.”

OL: After 2008, there has been an economic crisis. There is a big chunk of the population that has not done very well in the United States. Lower-middle class, especially white, males, have lost a lot of jobs; they have a lot of anger and they think they need to put the blame on somebody. The blame should go where it belongs: the distribution of wealth is changing, and jobs are going away, and the economists need to figure that out. Right now there is nobody to demonize, and they find Muslims as a prime target for that.

ML: It’s very easy to call somebody a terrorist, or to bully children by this name. Safety is our main issue these days, of our children also. I was talking to one of my Jewish friends, and she said, “This is what we’ve gone through.” She was telling me how they have dealt with it and how we are trying to deal with it. The Jewish friends are seeing it as déjà vu for Muslims.

NJ PEN: So what’s the answer? What’s the best way for people to help deal with these circumstances?

OL: We need to tell our congressmen, our leaders, that they should take swift action. Fighting terrorism and hate together should be their top priority. They should root out all these terrorist organizations. I don’t know if surveillance can be used on ISIS. If they’re active on social media, they can find those IP addresses; they can identify them.

It’s like cancer. You have multiple choices: cut it out or use radiation therapy. That therapy needs to happen to us, to our general population, that this is wrong, that hate is not tolerable, and that we need to stand together.

Thank God in this country we have good patriotic sense. This country was formed on the basis of religious freedom. We are all immigrants.

NJ PEN: What would you like people to know about your organization, the Pakistan American Society of South Jersey?

OL: We bridge the gap in terms of representing Pakistanis in this area, and provide an avenue for Pakistanis to cherish their culture. It gives some kind of a belonging to our kids also. Events like this bring the self-esteem of our children down. They are born and raised here; I don’t want them to feel like being Muslim is a baggage. They should cherish and feel proud being a Muslim or being of Pakistani background.