Trending
You are at:Home»Government»‘Rails With Trails’ Pop-Up Event Drums up Support for Atlantic Ave. Multi-Use Path

The event welcomed cyclists and pedestrians from throughout the area to preview a planned multi-use path that would connect several Camden County towns to Philadelphia and the Jersey shore. 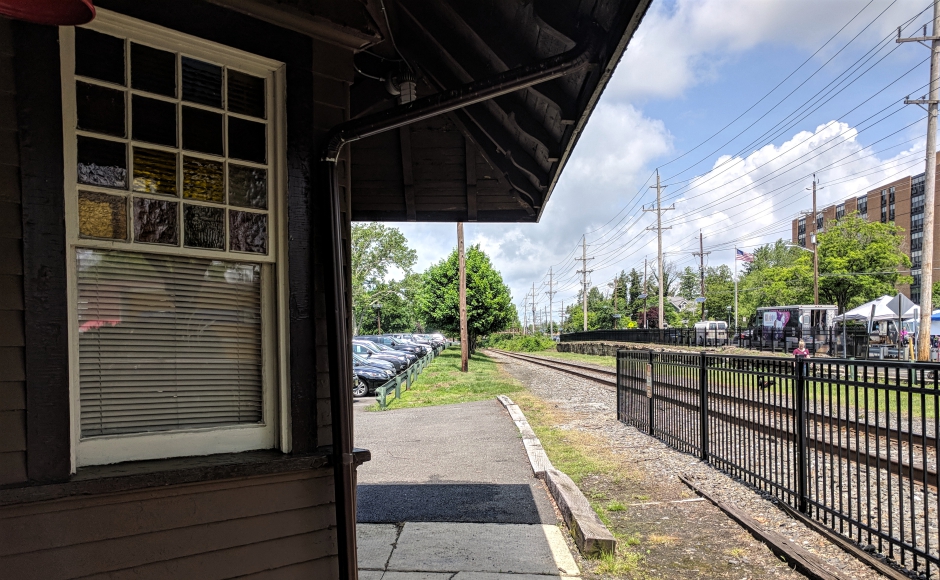 Generations ago, the rail system that connected communities like Oaklyn, Audubon, and Haddon Heights to points farther east used to support commuter travel.

But as state infrastructure turned more towards supporting cars, those railways were given over to freight exclusively, and the towns that had sprung up alongside began to find other ways to get around.

With renewed interest in multimodal transportation on the rise in recent years, organizations like the Rails to Trails conservancy are helping communities across the country repurpose the connections that those railways established.

Camden County’s Cross County Trail, a piece of the multi-state Circuit trail network, is one of them. Stretching from the Delaware River to the Jersey shore, the 32-mile project would connect communities from Oaklyn to Winslow.

On Sunday, Rails to Trails organized a pop-up event to give riders of all ages a preview of what could come if the project finds its footing.

“A year ago or more, 10 municipalities from Oaklyn all the way out to Clementon signed a resolution supporting the project in concept,” said Rails to Trails director Tom Sexton. “We started doing these pop-ups last fall, and we’re really getting somewhere now. It’s a pretty big project.”

Although federal money for the construction of the trails has already been allocated via the Transportation Enhancements (TE) and Transportation Alternatives Program (TAP) streams, it can’t be spent until the state Department of Transportation (DOT) receives viable projects.

As a result, New Jersey is at risk of leaving some $90 million on the table if it doesn’t fund projects like the Cross County Trail by 2020, Sexton said. 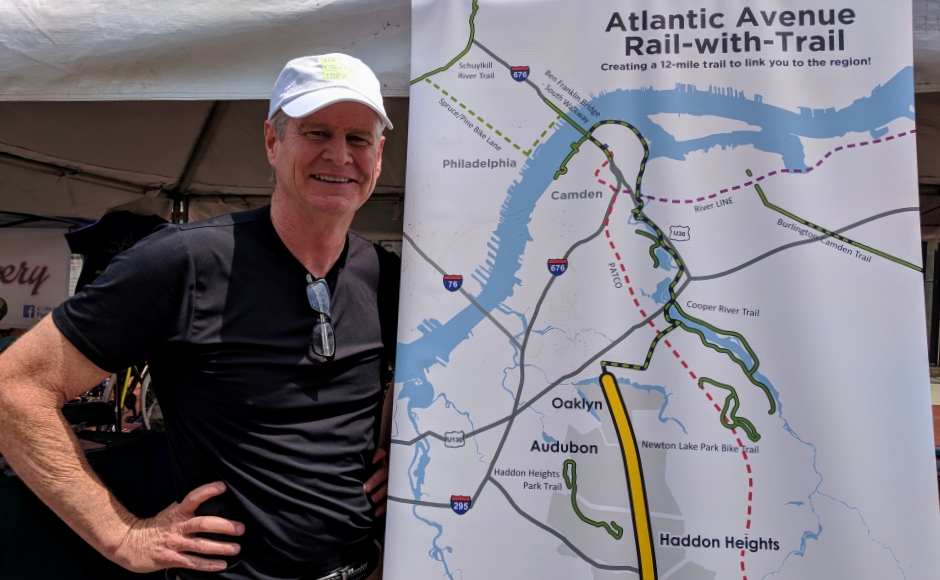 “Most states are getting it done,” Sexton said.

“New Jersey hasn’t made it a priority; we’re hoping with the new administration that we can do that.

“At the same time, they have to get good projects,” he said.

“We’re advocating for municipalities to invest in getting their projects ready to go.”

The project has a lot of moving parts beyond funding and technical execution, including summoning political will from voters who’d like to see it completed, and maintaining a dialogue with Conrail, which owns the land near the tracks.

Sexton thinks it’s in the best interests of the railroad to complete the project from a safety standpoint as well as from a community benefits perspective.

“Sharing the corridor is best for all concerned,” Sexton said. “Not only is this an efficient use of a right-of-way, but [a trail helps]  people know where they’re supposed to be. That makes for a safer issue for everybody.”

Sexton hopes that since Camden County has funded the feasibility study for its spine trail, “now it’s time to get it pushed through.” The Atlantic Avenue corridor boasts a great deal of green space, “which is very unusual with most rails with trails,” and an advantage to the project, he said.

“You usually don’t have that luxury,” Sexton said, “and people are using the corridor right now, so why not make it safer?

Audubon Commissioner Rob Jakubowski said the borough is ready to do its part to advance the project. He said the trail would tie into a self-guided walking tour of the borough’s history while directing visitors through its local shopping district.

“It’s a great idea, it’s a great plan to bring people out into nature, and we welcome people from all over the county and all over the region to stop by and visit our great little town,” Jakubowski said. 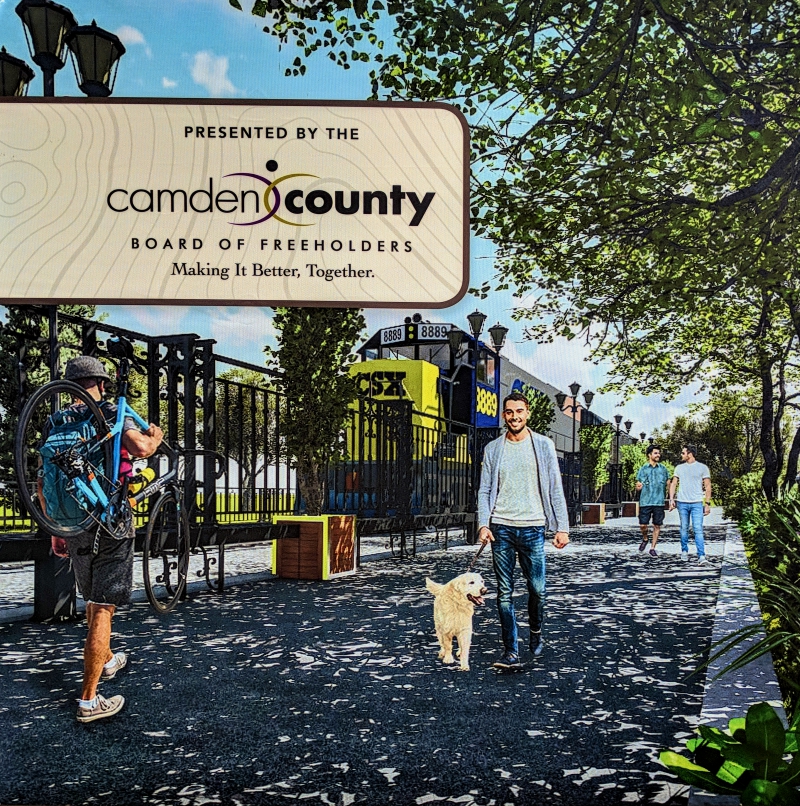 They were out riding Atlantic Avenue on Sunday to support the rails-with-trails project.

“I like supporting anything bike-related,” said Brescia, who teaches engineering and robotics at Eastern High School, and often commutes home from there down Atlantic Avenue.

The ride is “okay where there’s a bike lane, but not everyone in New Jersey likes to drive with the patience we’d hope for,” Brescia said.

“I think it would be much better with a dedicated path,” he said.

Garrett said he thinks a trail would help open up the Main Street districts of the towns it connects, making them more accessible, especially for events like Audubon Day or the Rhythm and Brews music festival. As the Circuit trail is completed, he envisions riding not only locally, but to the Jersey shore without traveling along major roads.

“The option of a safe place to ride away from cars” is important, Garrett said. “It’s a great opportunity to get people outdoors, and as people see more bikes, it’ll open up.”

In the meantime, Sexton said getting the Cross County Trail completed is “a matter of keeping pressure on.

“It’s important to advocate for a balanced transportation system that includes biking and walking,” he said. “Successful states have that bully pulpit and those technical abilities.”