Undeterred, Jennifer Dubrow Weiss, CEO of the Jewish Federation of Southern Jersey, which oversees the Betty and Milton Katz JCC, says the outpouring of community support has been a blessing.

After a bomb scare shut down the Betty and Milton Katz Jewish Community Center (JCC) for several hours on Tuesday, the Cherry Hill facility closed unexpectedly again on Wednesday while police and security teams investigated another threat.

In a notice to members and the community at large, Katz JCC Executive Director Oded Kraus said the threat closed the center down from early morning until 1 p.m.

His message also noted that the threats in Cherry Hill were mirrored by others made against Jewish Community Centers in Philadelphia, Pennsylvania and Buffalo, New York today.

“These threats are no longer isolated to our local community,” Kraus wrote in an e-mail.

“Through preparedness, partnerships, and training, we will continue to work together to ensure the safety and security of our beloved community.”

Cherry Hill Police Chief Robert Kempf said Wednesday’s incident was “a follow-up” from Tuesday’s threat, and that authorities working in concert with onsite security teams at the center “were able to handle it with a little less inconvenience to the facility.”

“It’s still obviously troubling,” Kempf said. “For us locally, I think it is an effort to disrupt their community and their ability to go about their day.”

The chief said that his department is “dialed in” with the Jewish Federation of Southern New Jersey, the parent organization of the Katz JCC, and federal law enforcement partners, who were onsite after Tuesday’s bomb threat.

Cherry Hill officers worked with the JCC on Wednesday to install additional security cameras there; communications also are streamlined between township police and the Federation, where retired Cherry Hill Police Chief Bud Monaghan and retired Lt. Sean Redmond work as Regional Director of Security, and Safety and Security Manager, respectively.

“It does make it easy for us to get some synergies going,” Kempf said. 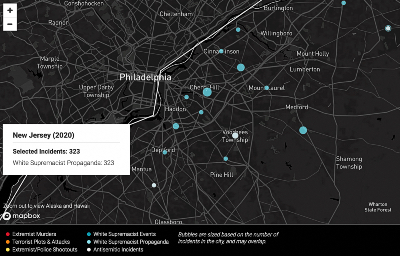 According to the ADL H.E.A.T. Map, New Jersey sustained 323 such incidents in 2020, with four reports of white supremacist propaganda identified within Cherry Hill specifically.

Before this week, the Katz JCC was last evacuated due to a bomb threat in 2017.

Kempf said that although Cherry Hill police aren’t necessarily seeing the same uptick in anti-Semitic messaging that has accompanied a high volume of white supremacist propaganda across the country, they are on the lookout for it.

“I am getting a sense that there is an increase in harassment through some of these supremacist groups,” he said. “If you see anything out of place, let us know.”

Jennifer Dubrow Weiss, CEO of the Jewish Federation of Southern Jersey, said that although the Federation and its member programs receive anti-Semitic electronic messages “all the time,” every threat to the facility must be vetted for the safety of the community and its members.

“Even if we didn’t think it was credible, none of us want to put our head down at night knowing we haven’t done everything we could,” Weiss said. “The safety and security of our community is priority number one.”

She described the JCC as the centerpiece of a thriving Jewish community in South Jersey, and “an incredibly busy space” that caters to users of its exercise facilities, early childhood education program, aquatic center, and other programs. 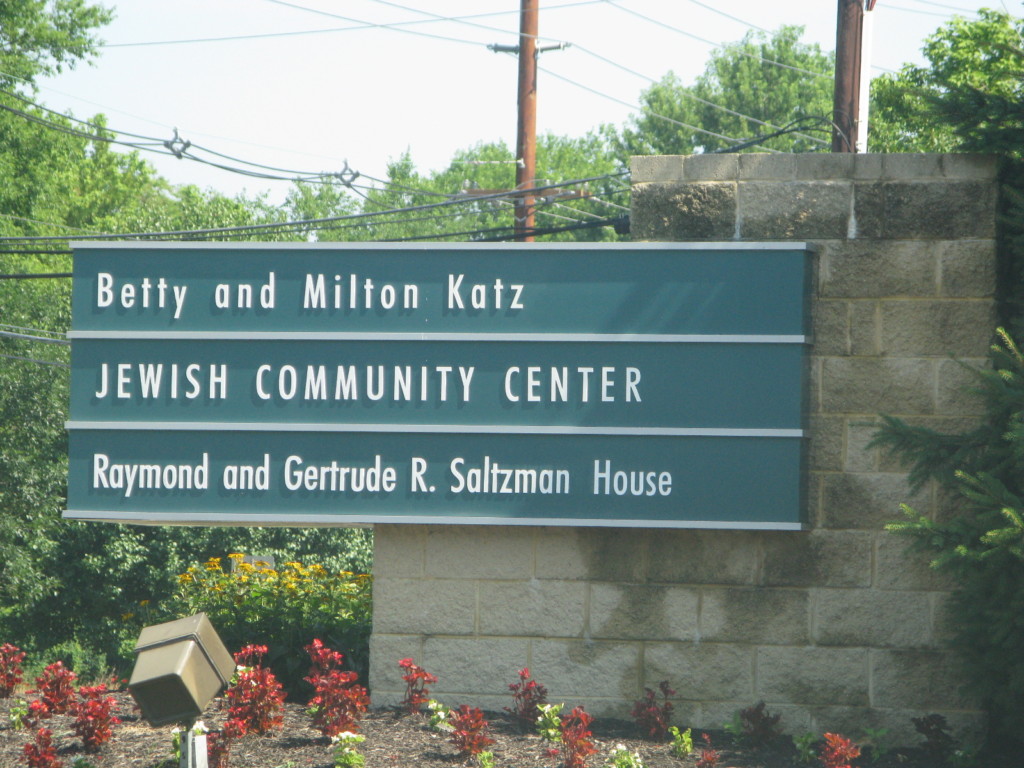 “It is a thriving hub of life, not just of Jewish life,” she said, adding that “half our membership isn’t Jewish.

“For us to tell our members, ‘You have to leave the gym,’ or we have to evacuate young children, that’s huge,” Weiss said.

As unsettling as the events of the past two days have been for members of the Katz JCC, the support the organization has received from the community at large “is so amazing,” Weiss said.

“I’ve heard from my peers all around the country,” she said. “I feel so blessed to be here.”

Anyone with information about either incident is asked to call Cherry Hill Police (856-488-7833). Anonymous tips may be submitted via e-mail at tips@cherryhillpolice.com, through Nixle, or by texting TIP CHERRYHILLPD followed by your message to 888777.