The 63-year-old career firefighter was known as a public safety expert, a tireless community volunteer, and a valued mentor. He died at home unexpectedly on August 11. 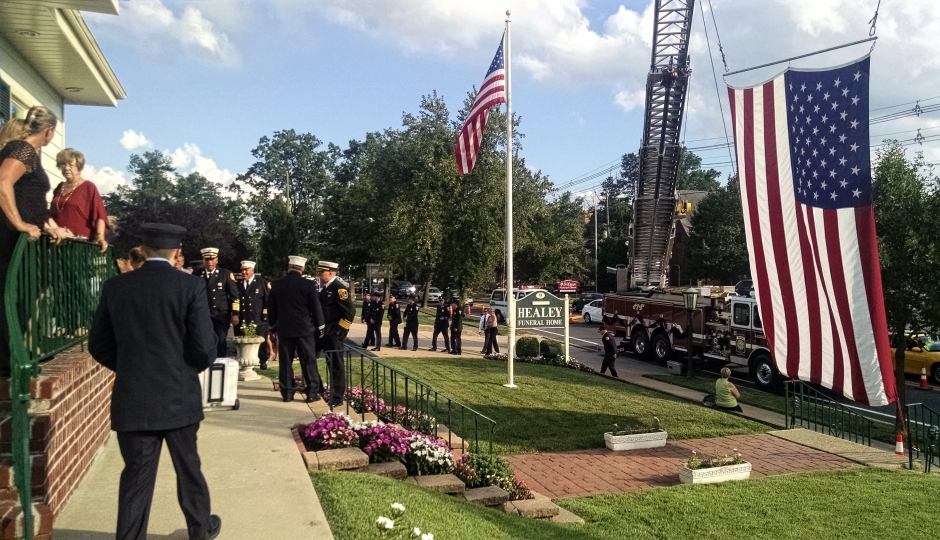 The line of firefighters, friends, and family stretched around the Healey Funeral Home in Haddon Heights in the August heat.

A pair of engines from the Oaklyn and Audubon Fire Departments formed a ladder arch in front of the building, bolstering a large American flag; around them, traffic was diverted along both lanes of the White Horse Pike.

They stood in tribute to Paul Price, Sr., a man whose devotion to public safety and professional technique formed the moral bedrock of the fire companies with which he served. The former Audubon fire chief died at home of a heart attack August 11, only hours after helping respond to his last call.

“He was involved in so many things, and good at all of them,” said Gene Dannenfelser, President of the Camden County Hero Scholarship Fund, of which Price was a trustee and past president. “If you gave him a task, it would get done right.”

In 2009, Price retired from a 33-year career with the Camden City Fire Department as a Deputy Chief. That didn’t stop him from continuing to volunteer with the Audubon Fire Department, which he served from 1972 until the day of his passing.

“He had no fear, not if something was wrong, and not if there was danger,” Johansen said. “He was a straight shooter, and wasn’t afraid to say what needed to be said.”

“He was a fireman’s fireman,” said Jim Broderick. “That’s the model you strive to be.” 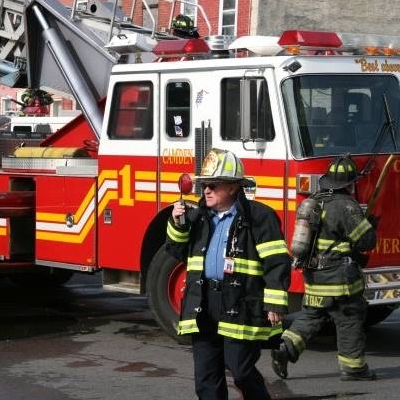 He worked with the Federal Emergency Management Agency (FEMA) responding to hurricanes, storms, and flooding in Maryland, Pennsylvania, and Colorado.

Audubon Mayor John J. Ward called Price “a calming voice during any kind of pending disaster” and a man who “revitalized emergency management in Audubon.

“To know that he is that solid rock here for us, that is very comforting as an elected official,” Ward said. “Fortunately, the residents of Audubon never really go to know that because he did his job.”

In 1996, after a merger of the town’s fire companies, Audubon and Defender, into a single department, Price played a key role in helping integrate two groups of proud volunteers who had been traditionally fiercely competitive.

“A lot of folks were angered and became a little bit dissuaded from public service in Audubon, so they left the fire service rather than go to Audubon Fire House,” Ward said. “Paul didn’t. He tried to mend that fence and bring them into the fold. They were all Audubon Fire Department.

“He was one of the guys that was instrumental in keeping things together during that time,” he said. 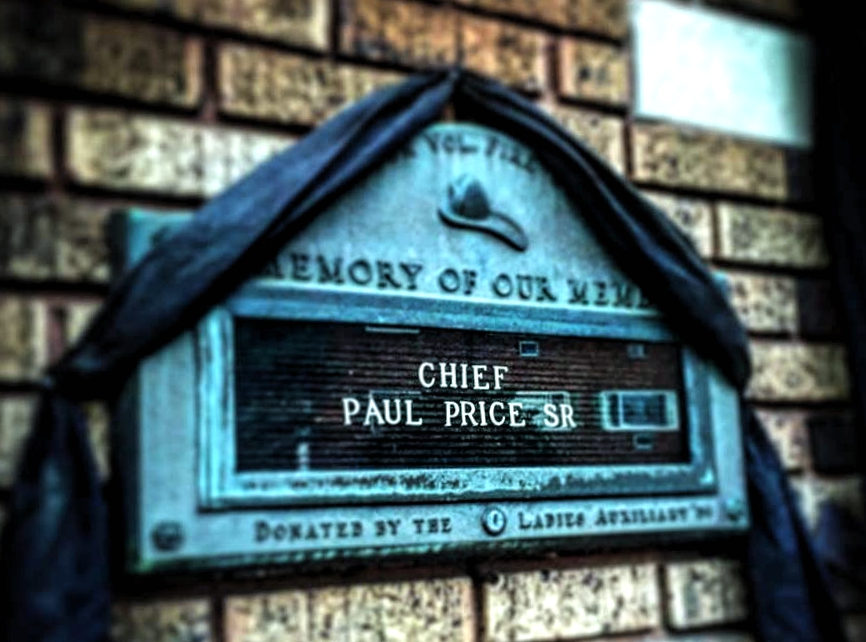 Price was a member of the Maritime Incident Response Team and the Tri-State Maritime Safety Association, through which he instructed firefighters from around the world in strategies for ship-based firefighting.

Patrick Slemmer, who traveled to Virginia for shipboard fire training with Price and saw him train firefighters from as far away as the Netherlands and Panama, said Price “always had a way with people.

“He touched people wherever he went,” Slemmer said. “He had the gift. If you needed to know something, he was the guy to go to. If he didn’t know the answer, he could find out.”

“He was my chief for seven, eight, nine years,” said Camden City Deputy Fire Chief Ed Glassman. “We went to so many fires together.”

In Camden, Glassman said Price “was a mentor to many young firefighters” and “wore many hats,” including that of grant writer. He was successful in that role, too, winning some $6 million in awards for equipment and training over the course of his career.

“He was always trying to get something for his fire department,” Glassman said.

Oaklyn Fire Chief Scott Cairns, who knew Price for 20 years, remembered him as “a very positive influence on the local fire service,” and called Price’s death “a great loss.”

Former Oaklyn Fire Chief Curt Hudson, knew Price for 40 years. The two shared a lifelong interest in trains (Price was a conductor on the Cape May Seashore Line), and a passion for learning. 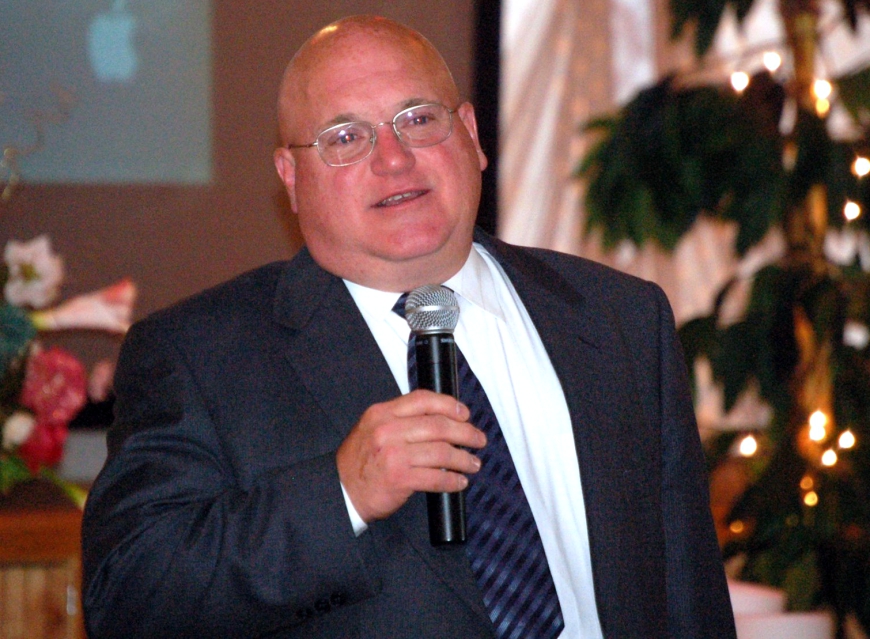 “There’s ways the book teaches you how to do it and then there’s the nuances of the job,” Hudson said.

“The way a firefighter’s legacy can pass on is the guys you train can use those techniques because they’re effective,” he said.

“A lot of smart guys don’t share what they know, [but Price]was intelligent and extremely personable,” Hudson said.

“He was retired, but he wasn’t in a rocking chair; he was everywhere, doing everything.”

Price was “a pillar of volunteerism in the community,” Ward said. As Audubon Emergency Management Coordinator, Price recruited younger residents to form a Community Emergency Response Team (CERT) and the Audubon Amateur Radio Club, which he was leading in the restoration of an old heavy rescue building for its base of operations.

“We gave them a home; Paul Price did all the hard work, made it a priority, and understood that this was a group of volunteers to tap into in an emergency,” Ward said.

“There’s classes in there. They’ve got the generator hooked up, an antenna put in there for the shortwave radios, and we’ve actually had drills with them, which we haven’t had in years.

“There’s been a lot of activities all because Paul Price is the kind of person who could form partnerships and get people motivated,” the mayor said. “His knowledge and experience could wow you. He could easily mentor anyone, and I felt mentored by him.

“I don’t know that there’s anyone on this planet who could say a bad thing about Paul Price,” Ward said.