Trending
You are at:Home»People»There and Back Again: Collingswood Cyclists Complete Cross-Country Trek

Amanda Andros and Chris Campbell returned to South Jersey one year after leaving it to tour America on their bikes. The greatest lesson they learned? There is kindness to be found wherever you go. 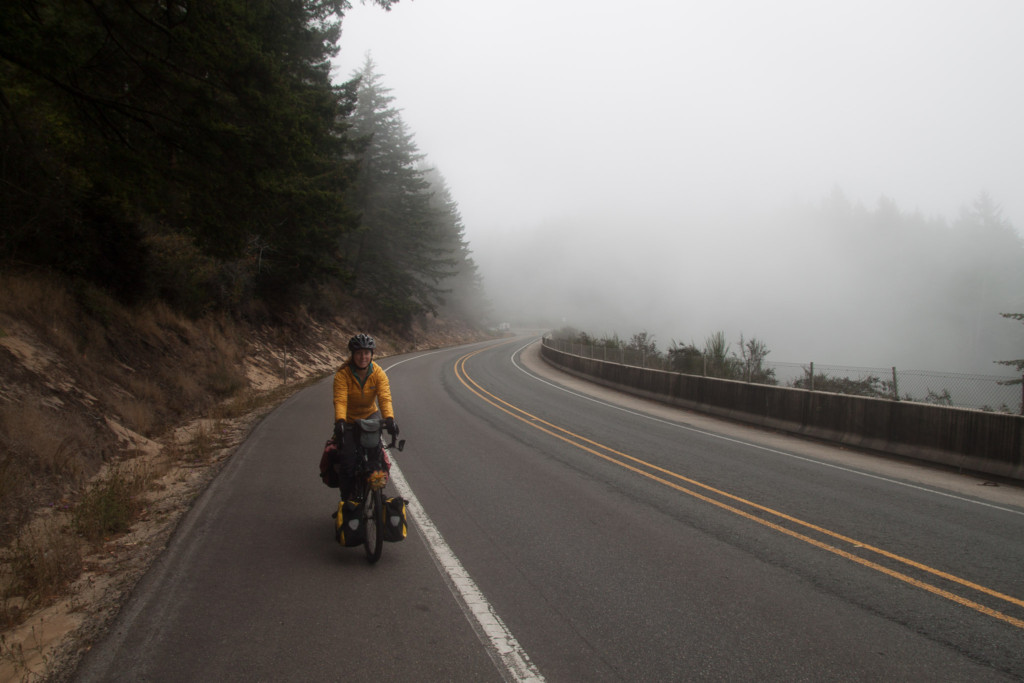 Cycling on the coast of Oregon. Credit: Chris Campbell.

On October 10, 2016, Amanda Andros and Chris Campbell returned home to Collingswood one year to the day they left.

Their cross-country bicycle trip lasted exactly as long as they’d planned, and yet it wasn’t executed according to plan, Campbell said, because America is made up of towns that are bypassed by major highways, and “locals know best.”

They cycled more than 10,000 miles, about 41 per day on average, but didn’t turn down rides in bad weather or through bad conditions. As long as it felt safe, they said yes to help, especially if the encounter led to seeing more of the countryside and its residents.

“People would open their homes, their hearts; feed us, take us home, give us an extra bedroom,” Campbell said. 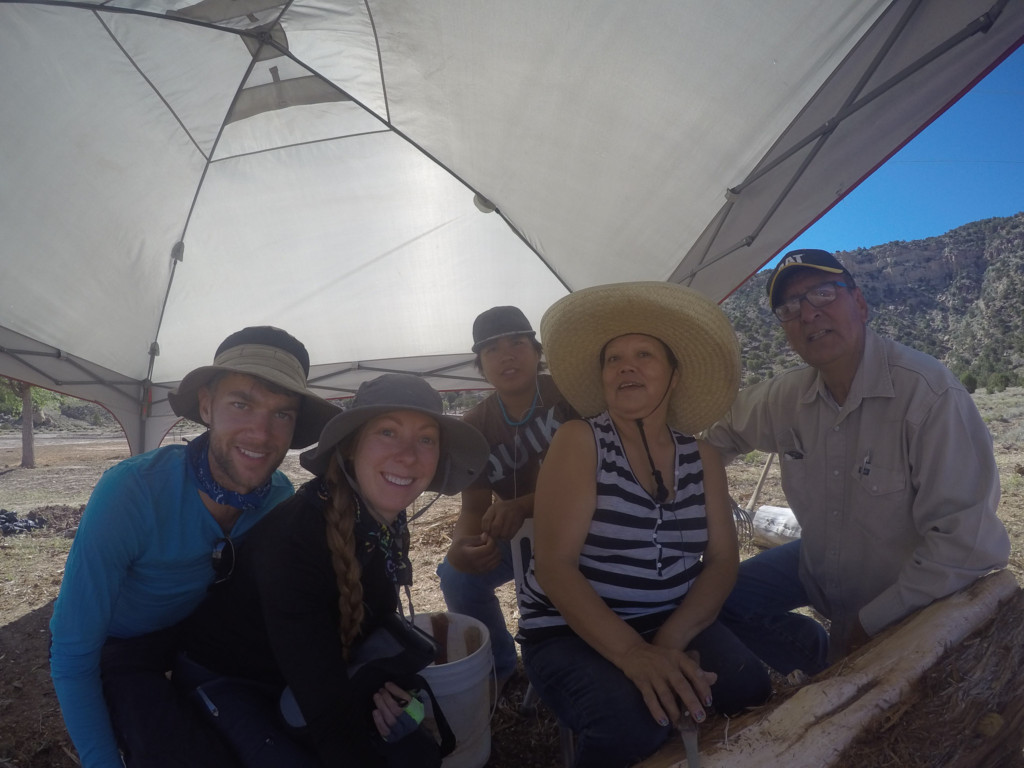 The Navajo family that took in Andros and Campbell in Arizona. Credit: Chris Campbell.

In Sorrento, Louisiana, a man who watched the couple fix a flat in the rain invited them home to meet the family, and then gave them a 40-mile lift to Baton Rouge, all on his day off.

In Kayenta, Arizona, when a security guard broke the news that their intended campsite was off-limits, a Navajo man nearby invited Andros and Cambell to stay the night on the reservation.

Their host lived in a trailer without running water or electricity, as do some 15,000 residents of Navajo Nation.

The next morning, he spared them 80 miles of desert and 107-degree heat by offering them a lift “up the road” to Page, Arizona.

In other places, they traded their labor for lodging. The couple spent three weeks working at the Hart-T-Tree farm in Grassy Creek, North Carolina, the sole export of which is Christmas trees. In Milton, Florida, they celebrated Campbell’s 30th birthday by volunteering for four days at Coldwater Gardens Farm. 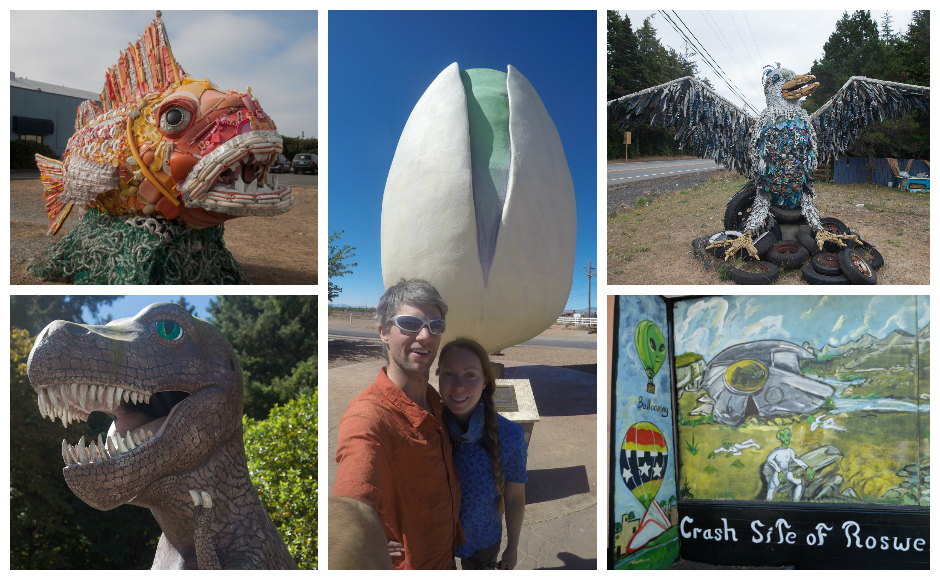 Roadside attractions ranged from the silly, like a giant pistachio or a Roswell alien crash mural, to the significant, like the fish and eagle seen here made out of ocean-borne plastics. Credit: Chris Campbell.

Nature was the defining force of their journey, Campbell said.

Biking eight hours, the length of the average workday, with a full complement of food, water, and camping gear, was intense, he said.

They’d also have to follow each ride by setting up a shelter or locating somewhere to eat or wash, often making biking the most straightforward part of their day.

Once Andros and Campbell were forced off the road in a lightning storm near Van Horn, Texas. Climbing uphill amid fierce winds, they pitched their tent, tied their bikes to a fencepost, and tried to ignore the two inches of water flowing under their habitat. Throughout the duration, their eyes followed lightning bolts from cloud to cloud and cloud to ground. The next day, as they traveled into Guadalupe National Park, a photographer told them how pretty the weather had looked miles away from the ridgeline above. 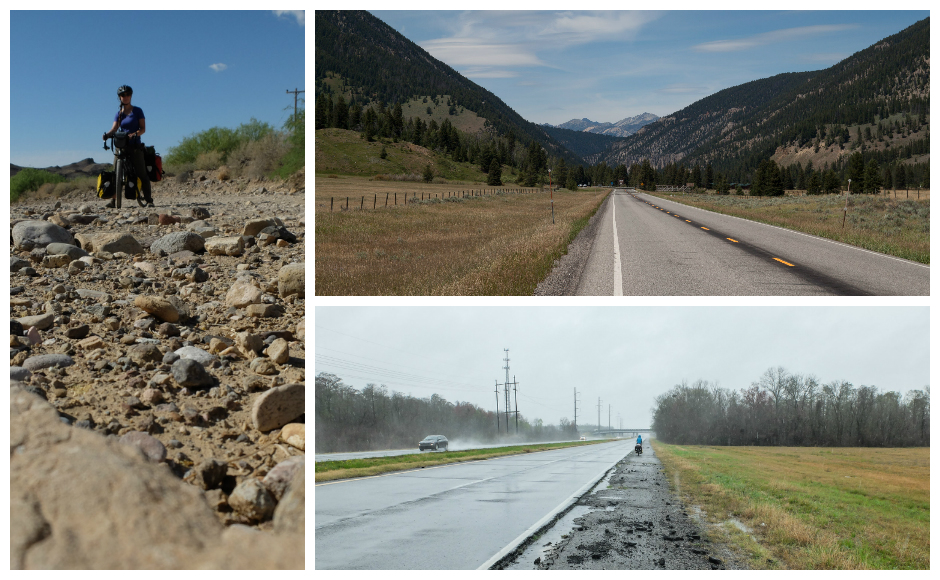 Along the way, the road didn’t always rise to meet them, but the people did, Campbell said. Credit: Chris Campbell.

Sometimes the biggest obstacle was the road itself.

In places, the shoulder shrunk to a few feet or less, was littered with rocks, or was washed out from the weather.

In Montana, Andros and Campbell saw dozens and dozens of white crosses marking the sites of fatal accidents on some highways where speed limits are a recent addition.

The pair made it as far south as Mexico and as far north as British Columbia on their journey. They came back east on a 65-hour train ride from San Francisco to Pittsburgh. From there, they rode the Great Allegheny Passage, a car-free, crushed limestone path, for 150 miles to Cumberland, Maryland, where Andros’ family picked them up.

Of course, now that they’re home, Andros and Campbell are just preparing to head out again for a two-month stint at the Hart-T-Tree Farm (“We’re driving,” Campbell said) before returning to Collingswood to work. In the spring, they’re hoping to have gathered enough resources for an international cycling trip to Europe or Southeast Asia. 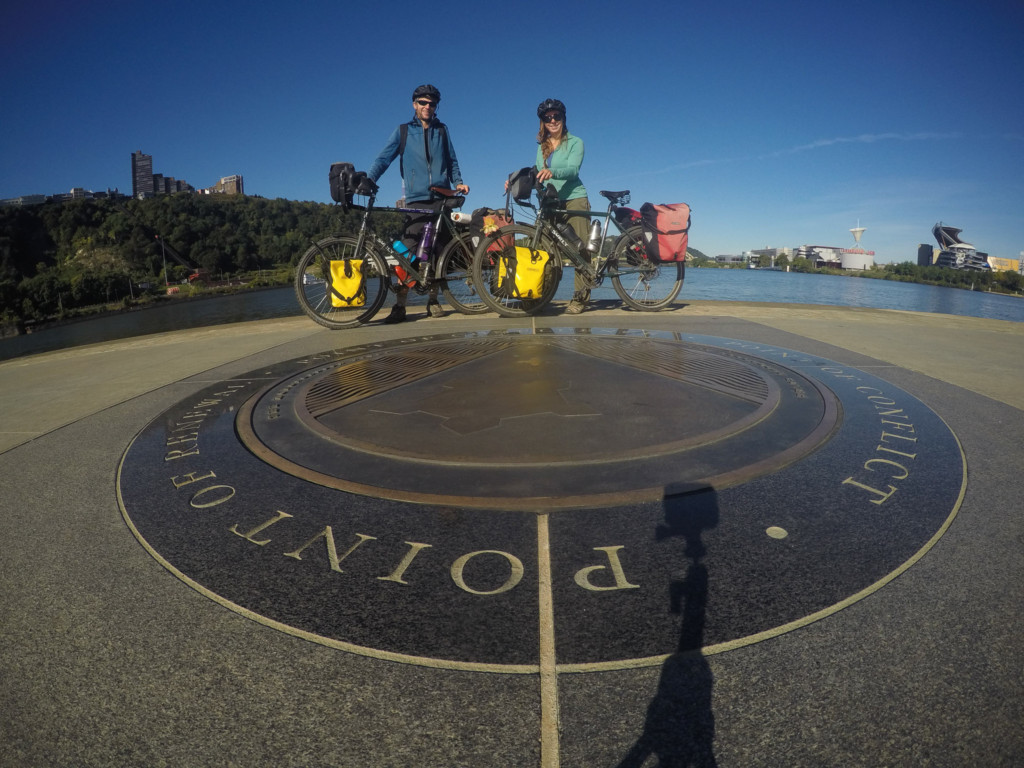 Beyond the experience of touring the country, biking across America offered other perks—like a disconnection from the political news cycle of the past 12 months.

With cellular service and Internet connections inconsistent or unavailable throughout many legs of their trip, it was a welcome avoidance.

Removing politics from the experience also reinforced the most significant theme of their journey: that most of the people they met were more interested in connecting with them than in finding reasons to keep their distance. 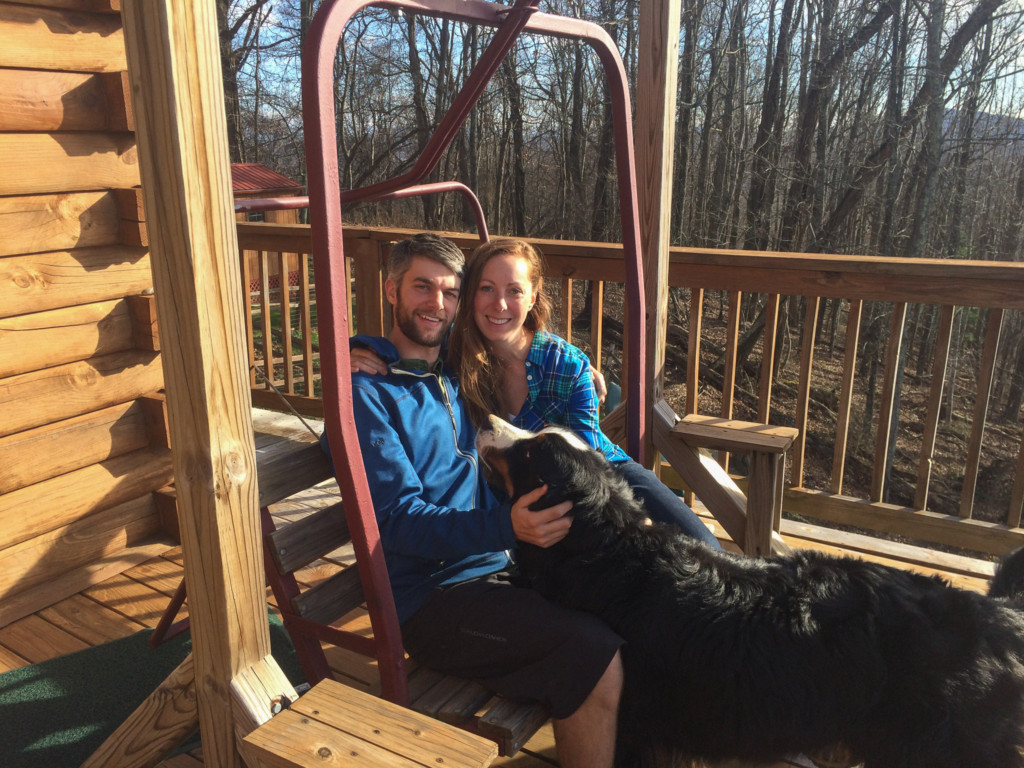 “We went to Canada,” Campbell said. “We went to Mexico. They would still open their houses.

For more on Amanda Andros’ and Chris Campbell’s adventure, click here to see photos and their road journal.