Trending
You are at:Home»People»‘This is Just Unacceptable’: Audubon Deli Staff Mourn Owner as Sympathies Pour in

Staff at the Shamrock Deli in Audubon pressed on with their work after a chaotic weekend and ahead of a planned candlelight vigil in memory of their boss. 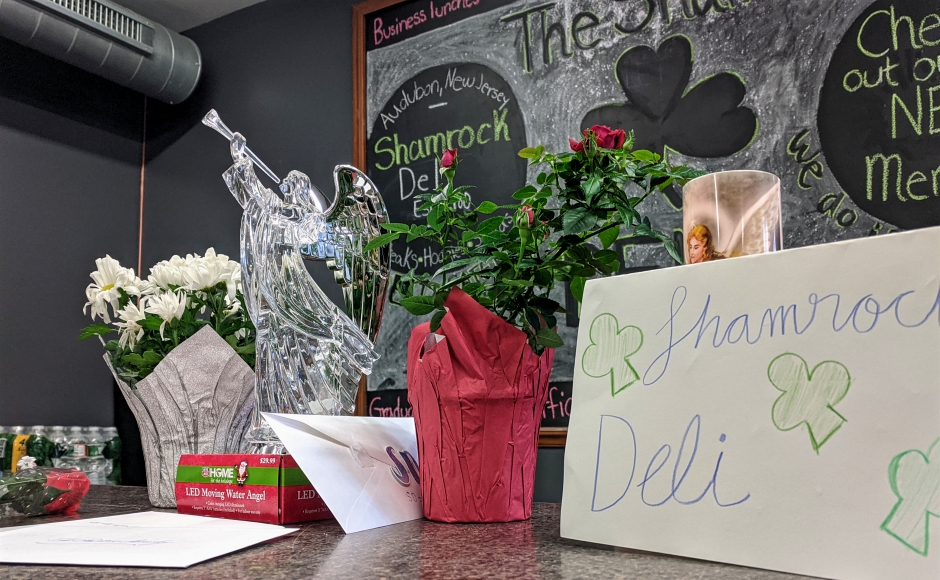 The Shamrock Deli in Audubon was quiet Monday morning, with little more than the sound of the television and the hum of the kitchen to punctuate the room.

Behind the counter, staff filled orders, prepped food, and focused on the business of the day.

Aside from the milk crate overflowing with bouquets, and a counter full of cards and flowers, there was little in the shop to indicate the scope of the tragedy that had struck just a few days ago.

The biggest thing missing from the cozy neighborhood deli was the cheery atmosphere that would have been supplied by its owner, Jerry Pastore.

On Friday, Pastore was killed while confronting a shoplifter who’d snatched the tip jar off the counter. By Sunday, 18-year-old Dyheam Wiliams of Lindenwold had been charged with the crime.

Neighbors have planned a candlelight vigil for Pastore at the deli tonight at 7 p.m. North Davis Avenue in Audubon will be closed to accommodate the event. And in the meantime, the deli staff will press on.

“We’re going to do business as normal,” said Steve Ginn, who counted Pastore as a friend since childhood. “Today’s Monday. We’ll do Tuesday on Tuesday.”

Ginn described Pastore as “a great guy” who was living “his life’s dream” owning the deli. The 52-year-old West Berlin man is survived by a large family—according to Ginn, it includes five children, three grandchildren, and one on the way—whom he loved dearly.

“I can’t imagine what they’re going through,” he said. “This is just unacceptable.”

To Ginn, the irony of his friend having been killed by a shoplifter is that Pastore likely would have extended a hand to him in generosity if he thought the man was in need. 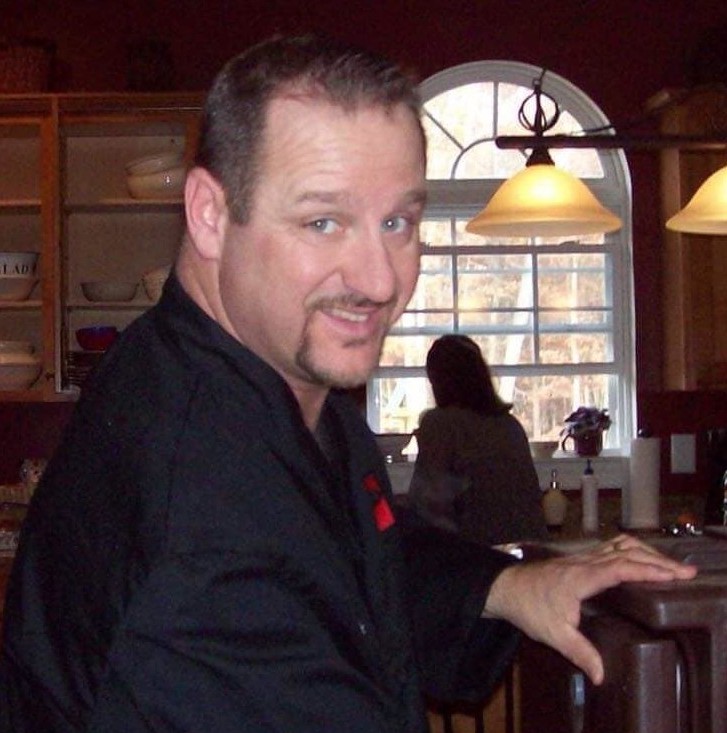 Instead, when Williams allegedly tried to run off with the tip jar—which maybe held $20, Ginn said—the owner tossed a pot of chili at him and chased him across the street.

In the scuffle that followed, the teen is accused of having fatally stabbed Pastore in the neck.

Williams remains in custody at the Camden County Jail, awaiting a pretrial hearing.

Pastore’s employees hope their late boss will get justice in the case.

Some allege that Williams had cased the deli the day before under pretenses of seeking employment there, and that he may have ridden in both days on a bicycle that didn’t seem to fit his frame or age.

Whatever the courts decide, staff are continuing to collect donations for the Pastore family, and working hard to maintain the usual standard of quality at the deli.

“We just don’t want to let anyone down,” said Denise Rosetti.

Rosetti had only worked for Pastore for a few months, but she remembered him as putting his employees first.

She said Pastore had been teaching her the catering business so that he could spend more time with his family.

“He wanted help to [allow him to]  be with his wife more often,” Rosetti said.

In return, the team is working to keep things moving so the family can attend to its needs in a time of grief.

“Everyone here is focused on keeping the business running,” she said. “Even the non-blood-related people here are still family. We’re keeping it going.”