Trending
You are at:Home»People»‘I Felt a Collective Strength’: Shamrock Deli Family Thanks Neighbors at Vigil

Friends and neighbors turned up in numbers to show their support for the family of Shamrock Deli owner Jerry Pastore, who was killed outside his business Friday night. 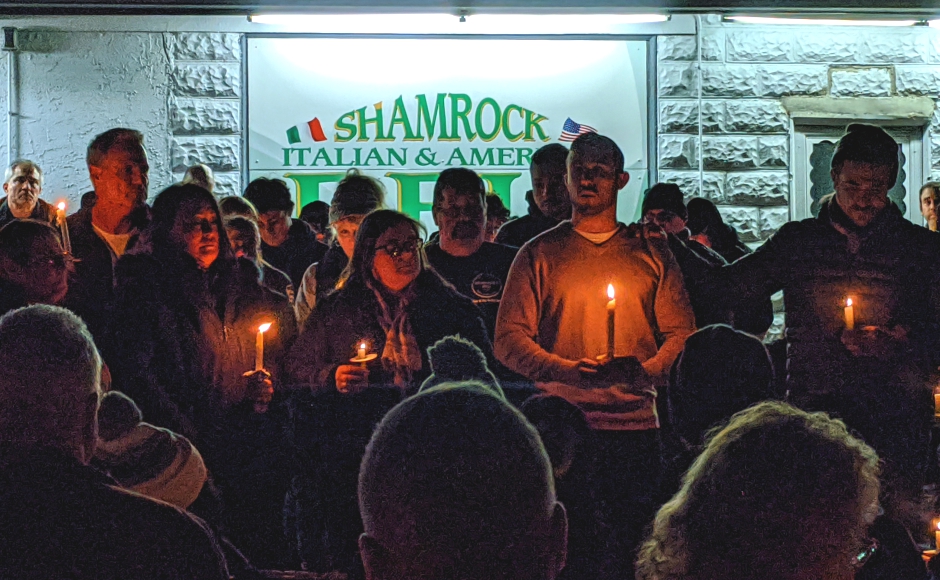 James Pastore (far right) put an arm on his brother Matthew’s shoulder as they speak at a vigil for their father, Jerry. Credit: Matt Skoufalos.

As the crowd slowly broke up outside the Shamrock Deli in Audubon, Matthew Pastore expressed his gratitude for those gathered in his father’s name.

“You don’t know how you’re gonna feel when something like this happens,” the 24-year-old Pastore said.

“I felt a collective strength.”

Pastore had just finished addressing a crowd of some 200 friends, neighbors, and first responders who’d blocked off the roadway outside his family’s business, candles lit, to mourn the passing of his dad.

Fifty-seven-year-old Jerry Pastore of West Berin was killed across the street from the deli Friday night, chasing after a man who allegedly stole the tip jar off its counter.

Eighteen-year-old Dyheam Williams of Lindenwold has been charged in the case.

In the brief time since the tragedy struck, neighbors raised more than $38,000 to benefit the family, left cards and flowers at the deli, and organized a vigil in Jerry Pastore’s memory. The late father of five and grandfather of three made an impact in the community longer than his tenure as the Shamrock Deli owner, as his youngest son told those assembled Monday night.

“This is not only going to galvanize us as a family, but I hope it [extends into]  this community that you love so much,” Matthew Pastore said.

James Pastore placed an arm on his brother Matthew’s shoulder as he spoke.

“We live in a really crazy time right now, surrounded by divisiveness like we’ve never seen,” James said. “All of us here is what’s gonna combat that. 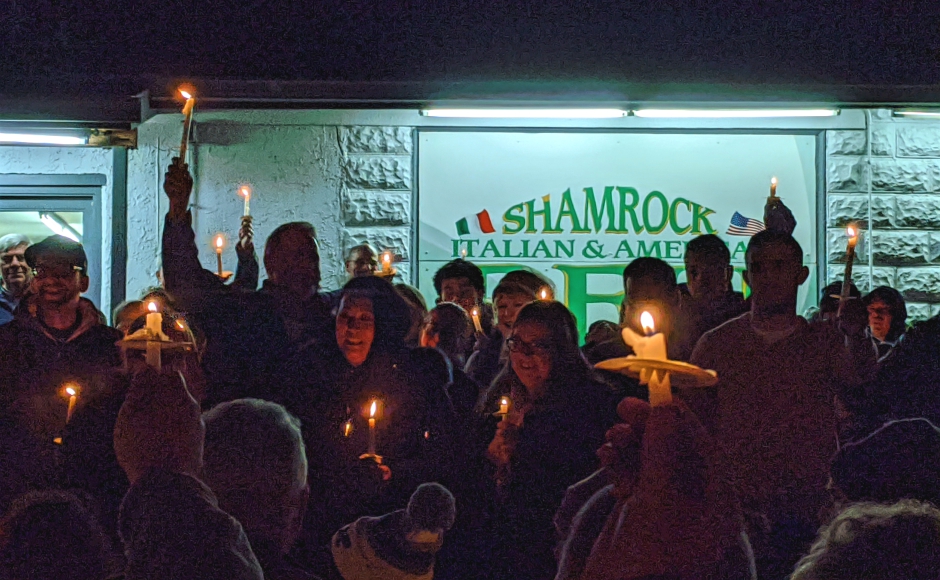 Neighbors raise their candles at a vigil for Jerry Pastore outside the Shamrock Deli in Audubon. Credit: Matt Skoufalos.

“What it means in the bigger sense,” he continued, “it’s a source of positivity and good in the world.

“If something right now on this street doesn’t prove it, I don’t know what does.”

Danny Pastore, Jerry’s brother, affirmed his belief that “something good will come of this,” and encouraged those in attendance to “take the time to tell your family you love them.”

Matthew Pastore hoped that anyone grieving with his family would be able to honor his father’s spirit by finding some sense of peace in the tragedy.

“The last thing he would want is for anyone to feel vengeful and angry,” he said. “The only way you can combat pain is with love.

“I would like something so bad to be a reminder that a lot of good can come from a lot of bad.”

“To Jerry!” Danny Pastore said, raising his candle. The crowd did the same in acknowledgment. Then they quietly recited the Lord’s Prayer as one.

Jerry Pastore “was the kindest, most generous person I’ve ever known,” Matthew said of his father. Jerry loved his family, fishing, and surely would have loved more time to enjoy both.

When he took over the Shamrock Deli last year, “you could feel his excitement for sure,” Matthew Pastore said. Jerry Pastore thought of it as “an opportunity to be in an area that he knew was supportive, and that carried a lot of love,” he said. 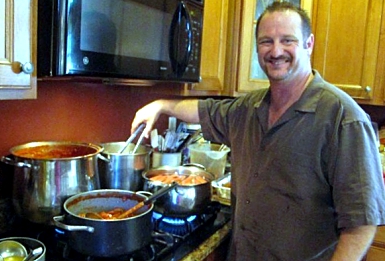 Although the future of the business is “a lot up in the air,” Matthew Pastore said he was sure his father “would love to see this place prosper, whether it’s with us or not.”

Earlier in the day, employees at the deli said they were committed to keeping things humming in their boss’s absence, the better to support his family while they mourned.

“We just don’t want to let anyone down,” said Denise Rosetti, who handles catering at Shamrock.

“Everyone here is focused on keeping the business running,”

Steve Ginn, Jerry Pastore’s lifelong friend and coworker at the deli, said the business would carry on, but asked patrons to exercise some patience with the staff as they tried to put the violence behind them.

It seems fair to assume that Jerry would have wanted it that way.