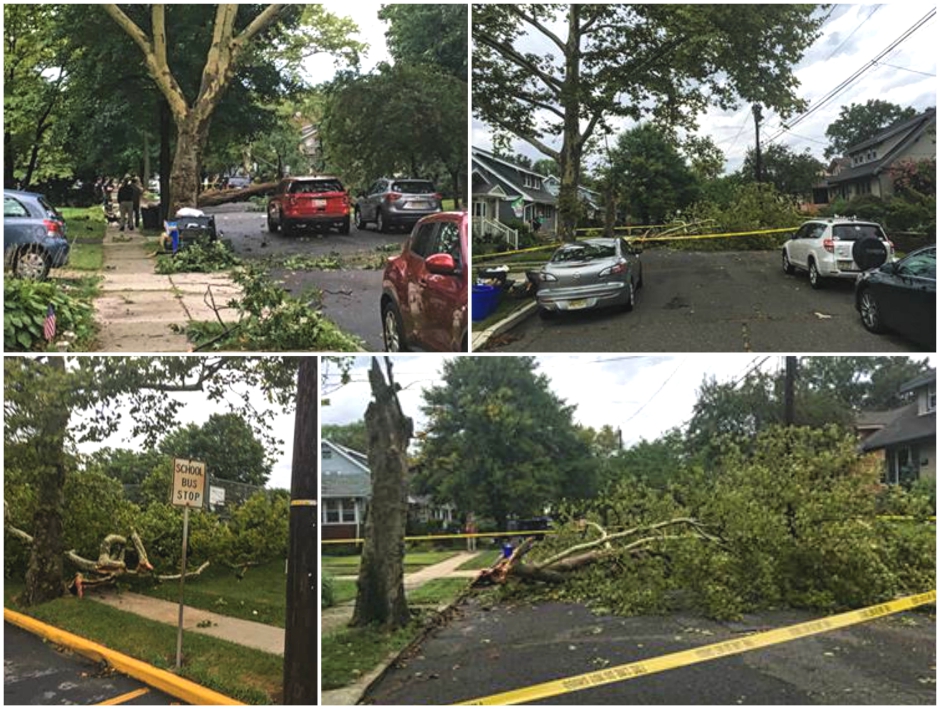 The summer of 2019 has been punctuated by sudden, violent outbursts that have left wide swaths of damage in their wake.

One of the biggest of the season hit Monday evening, and three days later, the borough of Collingswood is still reeling from the blow.

“We have a couple spots where there are days of blockages and power outages,” he said.

“We have far more electric utility poles down than we did for Sandy. It’s really not safe.”

Maley described having been awakened at 4 a.m. Tuesday “by a series of pretty good-sized explosions” from transformers that “lit up the night sky.

“It had me and a bunch of neighbors up because it sure smelled like something was burning,” the mayor said. “It’s been pretty wild.”

In addition to closing Roberts Pool during a triple-digit heat wave for debris cleanup, taking the borough water department offline, and obstructing roadways across town, the storm savaged the West Linden Avenue substation. Transmission lines there were knocked out by falling branches, and pockets of the borough remain without power as a result. 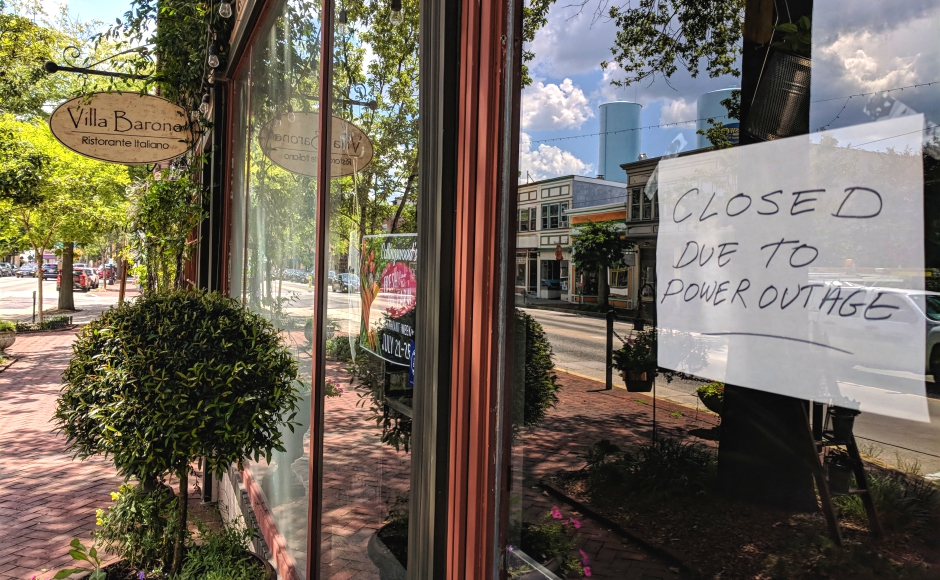 A storm Monday has left much of Collingswood without power two days after the fact. Credit: Matt Skoufalos.

The last residences waiting to be brought online are in the East Coulter-Crestmont-West Browning area, where a fallen utility pole and “one limb of a tree that could have been its own tree” has presented a significant cleanup challenge, Maley said.

(The borough is maintaining updates through a blog on its government website.)

But a persistent concern remains how much of its Haddon Avenue business district—some 157 utility customers—remains dark.

The damage has been felt particularly strongly in the dining-focused downtown, where eateries had promoted a summer restaurant week, and instead are now focused on staving off spoilage.

“That’s massive,” Duffey said. “A day without business can mean so much to them.”

Duffey encouraged residents to keep the downtown in mind once power is restored—currently, estimates are for service to come back up Thursday—and “when they can go local, to go local.

Jonathan O’Brien, meteorologist at the National Weather Service Mt. Holly office said the damage sustained across most of the state was caused by straight-line winds associated with a line of thunderstorms that moved in Monday afternoon. The storms continued all the way to the coast, with wind gusts measuring between 60 and 80 miles per hour.

“It was definitely a high-end event for our region,” O’Brien said. “Some areas were hit particularly hard; Collingswood happened to take the worst of it.”

Those sustained, high-velocity winds have become the hallmark of what O’Brien described as “a very active year of both severe weather and flooding.

“It has left a lot of damage, and a lot of people have experienced severe weather impacts who haven’t seen this level of impact before, at least not from storms and flooding,” he said. “The good news is that it looks like we’ve kind of turned the page and are heading into a quieter period.” 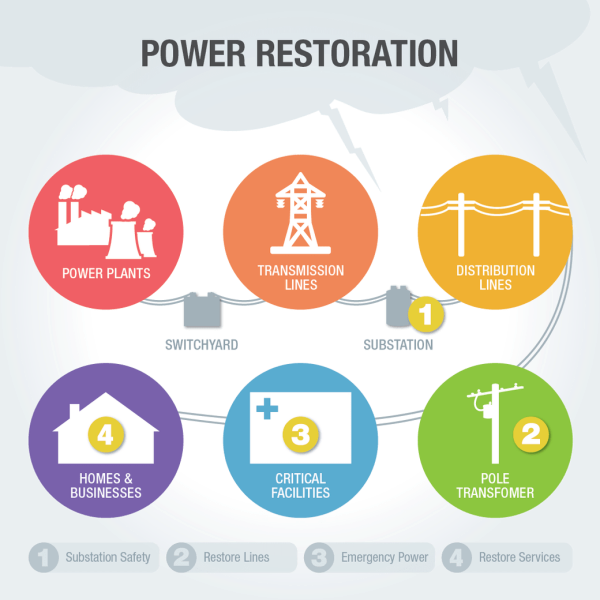 PSE&G spokesperson Lauren Ugorji said the utility company has been managing restoration efforts across the state with the help of more than 1,000 extra workers from as far away as New York, Maine, and Canada.

“For having so many people out all at once, we’re moving really quickly,” Ugorji said.

“Even if the storm is a quick one, it can cause massive damage, and it does take time to repair.”

Since Monday, power has been restored to 94 percent of its customers statewide; in Camden County, nearly 2,600 connections, or 2 percent of customers, are still blacked out.

Two-hundred-sixty-nine of them are located in Collingswood.

In an outage, the first customers to be restored are those with critical issues, like schools, hospitals, and first responders, and those that can be brought back online the easiest, Ugorji said. She urged any utility customers without power to report individual outages.

“Just because your neighbor’s lights are back on doesn’t mean you’re fine,” she said. “We have tons of different ways to report: call, text, go online.”

Most importantly, authorities are urging residents to mind severe weather alerts and to stay prepared for future events.

“This is going to continue to happen,” Ugorji said. “Global warming has changed our climate, and all of the reports we’ve gotten from the National Weather Service tell us that storms will be more severe, with heavier downpours over quicker periods of time and lots more pop-up thunderstorms.”

To that end, she pointed out that PSE&G has invested some $3 billion in its power grid since last summer alone.

“Even though people may think it’s taking a while, we’re bringing up a lot of people a lot more quickly because we made these investments,” Ugorji said.