Trending
You are at:Home»Business»Valente’s Cucina Closes for Good in Haddonfield

Owner Marcello De Feo announced that the Italian fine dining establishment he’d built up over more than five years will close its doors for good November 20.

Haddonfield restaurateur Marcello De Feo announced Monday that this will be the last week of operation for his Italian fine dining restaurant, Valente’s Cucina.

Citing fundamental market shifts in the food industry and a personal level of fatigue that had begun to affect his family, De Feo thanked his customers in an open letter,

In it, he spoke about the driving motivation for his foray into the restaurant business: the memory of his late mother, Santa Bianca (Velente) De Feo, and sharing the hospitality that was her defining characteristic as a homemaker and host.

“Building a sense of community was my top priority, and I believe that we achieved that,” De Feo wrote. “It is what my mom, Santa (Valente) De Feo, did throughout her life, and would be doing today if she was still with us.

“I strived to keep her memory alive with food and hospitality, treating each guest as she would when they entered our home. We frequently dined with strangers growing up; they were often my dad’s clients, who sat with us while waiting for his previous appointment to end.

“They might have an espresso and chat about Italy, or have a full meal with us, unaware of how much food was about to come their way. It did not matter if we met them before or not; they were always treated with the same level of respect.

“I can only hope that you felt this same way when dining at Valente’s.”

De Feo opened Valente’s Italian Specialties in King’s Court in Haddonfield in 2018. His desire from the outset was to create a sandwich and specialty shop that would bring the tastes of his South Philadelphia childhood to neighbors in South Jersey.

“To be able to have a place like this where you can grab a meal that you would want to make at home and toss it in the oven and heat it up, that’s a need we’re hoping to fill,” he said at the time. 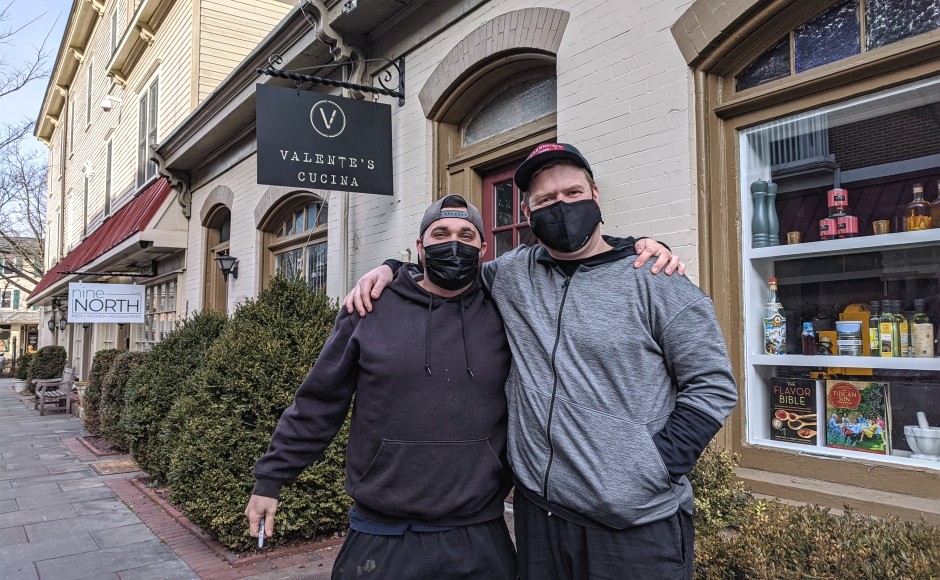 Within a few years, De Feo had radically renovated and expanded the shop into Valente’s Cucina, a sit-down restaurant powered by star chefs Johnnie Reynolds and Joey James.

Reynolds and James helped to elevate the dining experience at Valente’s to its next level, bringing in fusion dishes to a style they described as “Italian eclectic.”

That business is also temporarily closed.

De Feo declined comment on any of his operations for this story, deferring all questions instead to his public statement.

That letter can be found here:

Sunday, November 20, will be the final day of service at Valente’s Cucina. De Feo thanked his customers for their support and vowed to revisit the food business at some point in the future.

“When the time is right, I intend to serve our community once again,” he wrote. “When that happens, all gift cards will be honored at the business.

“Thank you so much for supporting us over the years,” De Feo wrote. “I am eternally grateful for everyone who walked through the doors and into our Cucina. I will truly miss seeing and serving you.”