Talking politics can be divisive, but it doesn’t have to be. Before voters pick New Jersey’s next governor, we explore local ways to drive closer connections around the issues that matter most.

We spoke with neighbors on East Stiles Avenue, a small, tightly knit street in Collingswood, a Camden County Democratic stronghold, ahead of an upcoming political potluck event.

Want to read more about the project, or learn how to host your own potluck?

Click here, and then check back for additional coverage in the lead-up to Election Day.

East Stiles Avenue in Collingswood is a small residential street just off Haddon Avenue, one of the borough’s major throughways.

Just two blocks long, its mix of rentals, twins, and single-family homes is framed by a green canopy of old-growth trees. Here, lifelong residents mix with young families. Kids—and there are a lot of them—learn to ride their bikes in a large commercial parking lot at one end of the street.

Sara Neal, who has lived on East Stiles for 12 years as both a renter and a homeowner, said the street is “the epitome of what we thought Collingswood should be.” Neighbors value its community culture in ways great and small, from casual interactions to block parties that have been traditions for a decade. “Our block is the one that everyone thinks Collingswood is,” Neal said.

A mother of three children aged 4 to 8, Neal said she’s thought about relocating to a bigger house for more space, but can’t imagine finding a better environment in which to raise her family.

“We have nights where there’s 17 kids playing out front, and every single one of them lives here,” she said. “It’s a lot of people who have been here for lifetimes.”

Politically, Neal said her block is fairly cohesive, “and even where it’s not, it is.” Declaring her home “a no-news household” has helped banish the “glorified misery” of partisan politics, but she said there’s no substitute for keeping the lines of communication open among neighbors.

The Neals, who vote Democrat, share a duplex with the Talleys, who vote Republican. The families may differ politically, but there are literally no barriers between their homes. A collective front porch and backyard are shared spaces and “an extended living room with the neighbors,” Neal said.

“So many people like to complain and be mad about things, but we don’t do that here,” she said. “When someone brings up politics, we don’t yell at each other. We still clink beer bottles and have dinner [together]  the next day.” 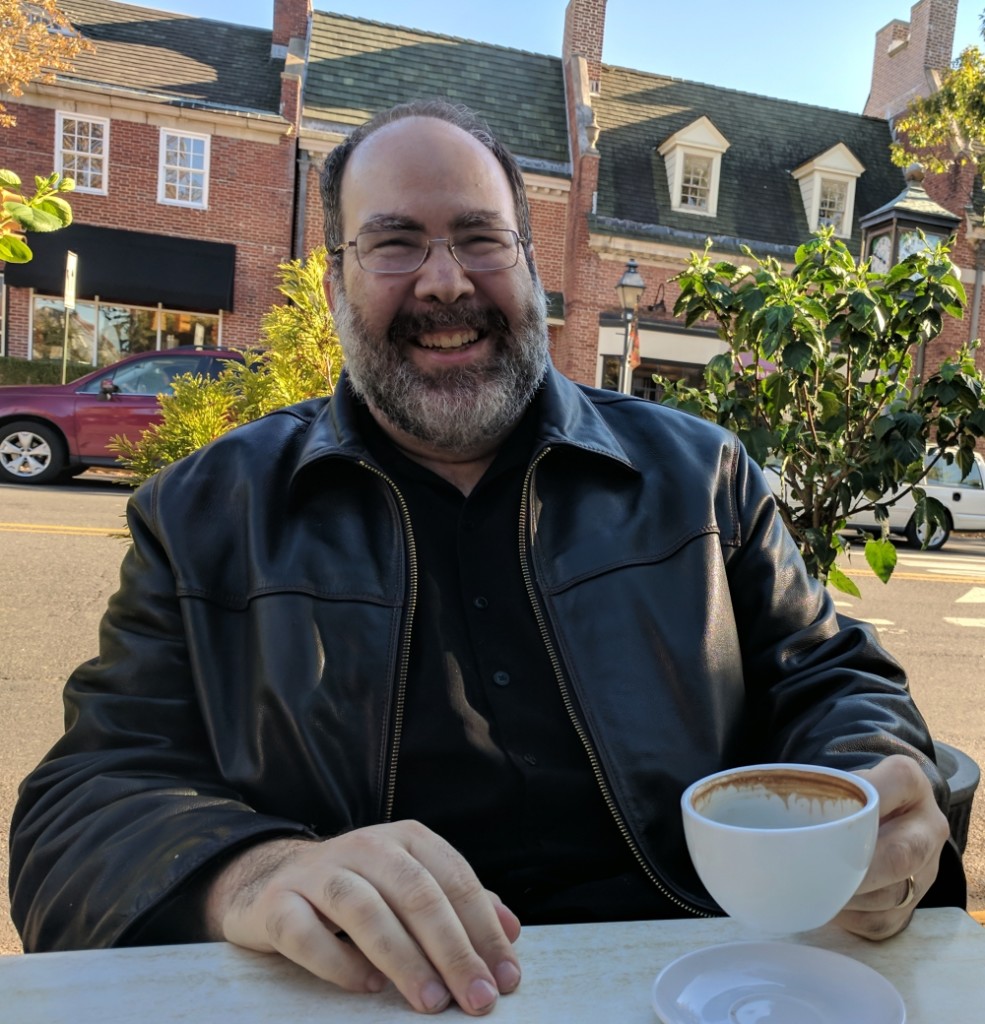 Jay Levin, a music producer who has lived on the block with his wife and son for about eight years, said East Stiles Avenue reminds him of his childhood home in East Akron.

The family relocated to Collingswood from Philadelphia, where they enjoyed a dense, walkable urban life, and Levin said they haven’t missed a beat since.

“We get to walk to a whole lot of the things that we do in town: multiple cafes and restaurants, the library, the barber shop, the post office, the music shop,” he said.

“I think of it as the kind of neighborhood that people feel fortunate to live in.”

Levin is more politically active than the average voter, and probably more politically observant, particularly at the local level. In part that’s because of his role as one of the moderators of a private, 5,000-member, Collingswood Facebook group where locals connect to chat about town activities, grouse about colloquial issues, or ask questions.

“In a hyper-local Facebook group, social media is really real life,” Levin said. “These are people that you already know and are very possibly going to meet in the next few days. Things can get escalated for that reason.”

Levin marks Collingswood as a solidly blue borough with a high percentage of left-leaning transplants and a smaller, “old-school, hard-right” contingent. He believes the community has “a heightened, more active concern about national politics,” as evidenced by a post-election women’s march, organizing around the Indivisible playbook, and demonstrations in the wake of violence in Orlando, Houston, and Charlottesville. 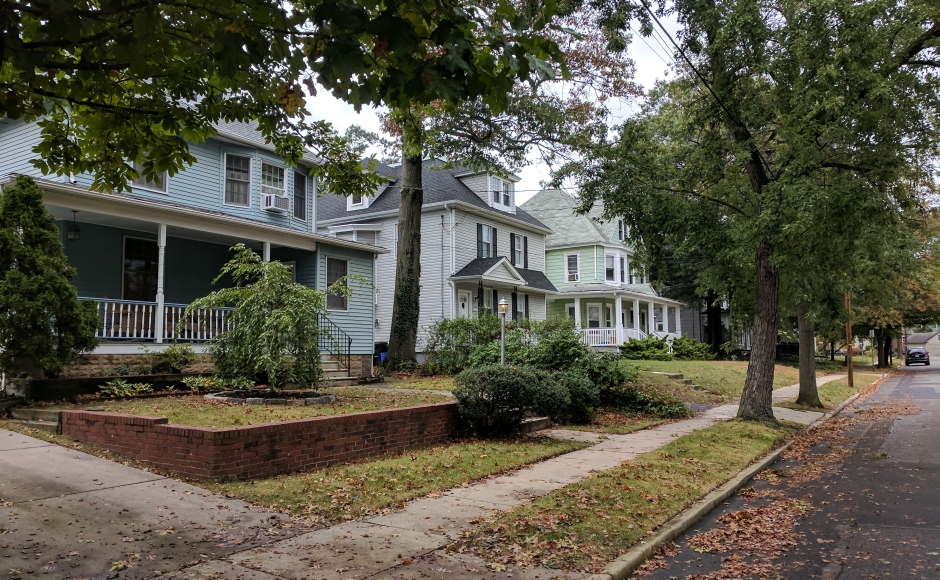 “Collingswood is the kind of town where a lot of left-leaning people have never been politically active or outspoken, and are starting to question whether that’s okay,” Levin said.

However, he also notes that “the emotional response [to the Trump administration]  from the town’s liberal majority has been so visceral and loud that hard-right voices are probably not so quick to speak up locally.”

On his own street, neighbors “make a fairly deliberate effort not to talk politics with each other,” but when the talk turns to local issues, it tends to be “more practical and less about identity politics,” Levin said.

However, he isn’t finding much interest in the New Jersey gubernatorial race because he believes “everybody already knows how they’re voting.

“I’ve had political discussions with two Republican families on East Stiles, and neither of them had a good thing to say about Trump,” Levin said. “I don’t think that [even]moderate Democrats are in any particular mood to give a Republican a fair shake.” 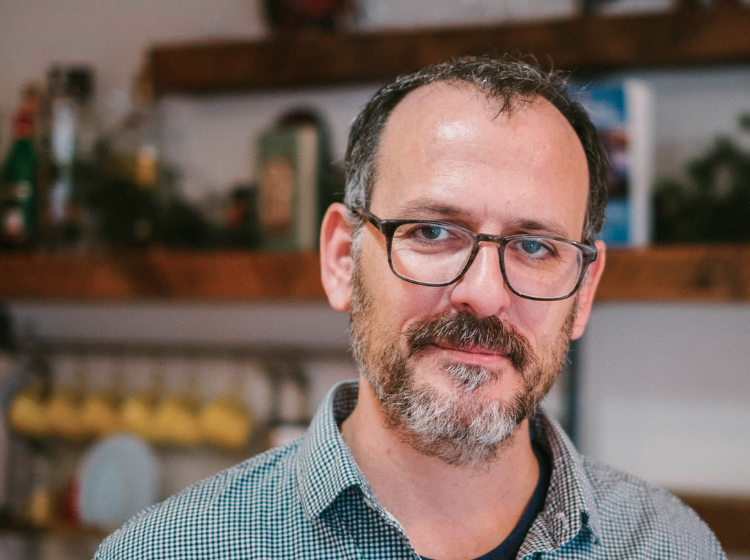 Despite not claiming a great depth of knowledge about either Democratic candidate Phil Murphy or Republican Kim Guadagno, DiMasi said his “horror with what’s happening in the Republican party, period” means there’s only one way his vote will go.

“There’s just not even a choice in my mind at that point,” he said.

“I just want a signal to be sent. Any chance to say no to the Republican party is the choice I’m going to make for the foreseeable future.”

But even if his neighbors don’t share his politics—and DiMasi knows not all of them do—they do share his love of the block and a willingness to keep it neighborly. Home to a range of people in different phases of their lives, as he described it, the street could set a good local example of how to talk national politics by just being a good place to talk, period.

“I don’t think everyone shares the same politics on the block, and I don’t know how people feel about me in the context of that, but I know that I’m not interested in alienating my neighbors over a conversation,” DiMasi said.

“Everyone’s got their own thing going on, but there’s enough overlap that we sort of know who each other is without necessarily being best friends.”

To read more about Voting Block and political potlucks, click here. Then check back for additional coverage in the lead-up to Election Day, including our voter pocket guide.