The property at 112 Haddon Avenue will be used as a training and equipment center for a volunteer department logging more than 2,500 emergency calls annually. 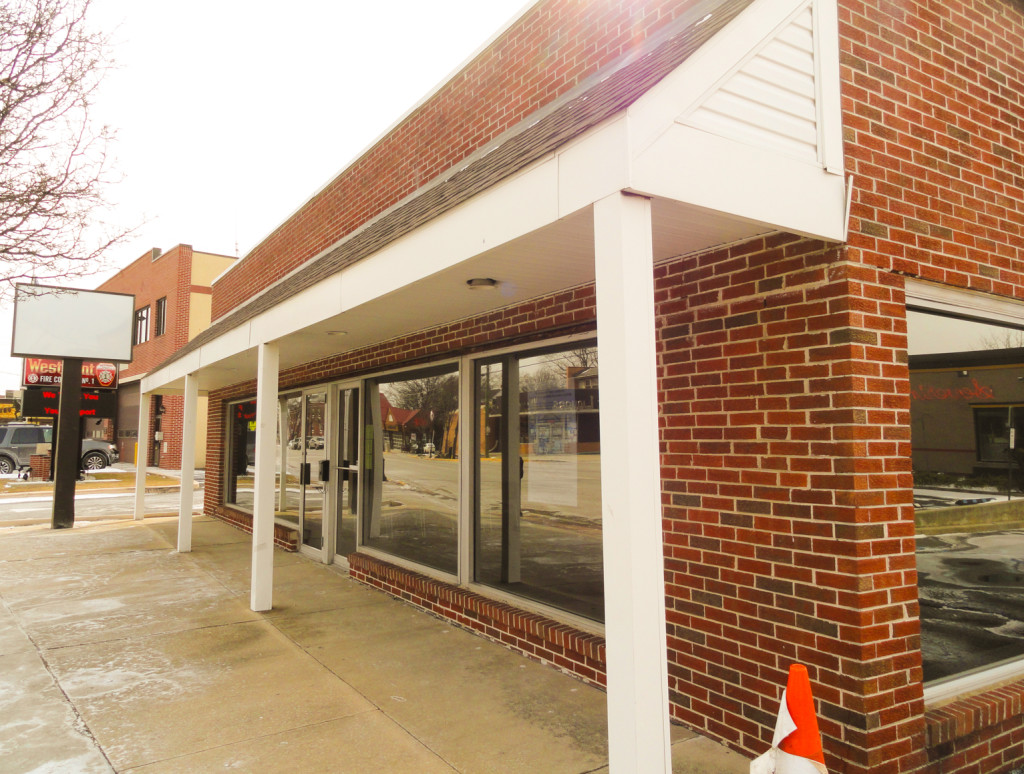 In May 2014, Haddon Township residents voted down a local bond measure that would have raised taxes to pay for the purchase of the former Haddon-Towne Design Center (112 Haddon Avenue) by the Haddon Township Board of Fire Commissioners.

Surprised but undeterred by the results of the referendum, the nonprofit, all-volunteer Westmont Fire Company #1 next door instead dipped into its savings, refinanced its mortgage on the fire station, and bought the building outright, outbidding its neighbors at Severino Pasta with a $450,000 offer for the property.

It was a move that ruffled some feathers, said Westmont Fire Company President Joe Piscopio, but ultimately one he believes will be vindicated by history.

And if there’s one thing firefighters have in spades, it’s a sense of history.

“One-twelve Haddon Avenue becoming available was such a unique situation,” Piscopio said. “[The department] sold that property in 1973. For it to become available again, it was not going to happen in our lifetimes.

“The residents said no [to the bond, but]that did not alleviate the need for space,” he said. “We’ve saved for many years. We’re very fortunate to have two treasurers who are very good with our money.” 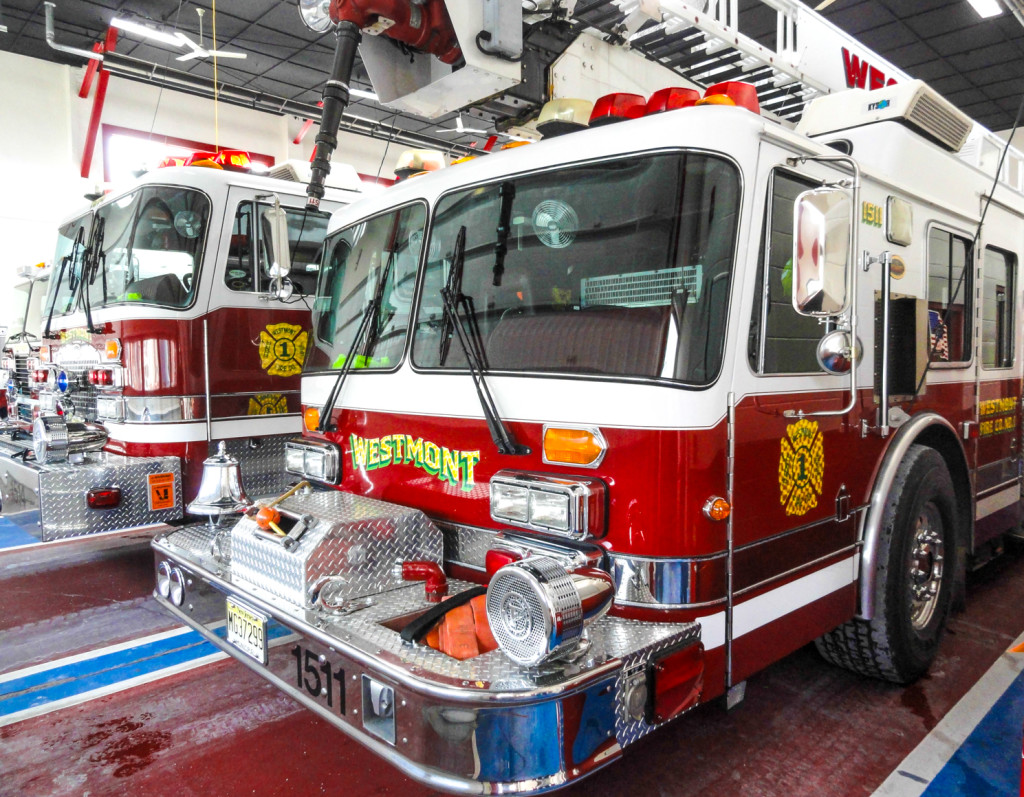 At its February meeting, the Haddon Township Planning Board ruled that the change of use for the former retail space did not require a site approval, and the fire company was cleared to proceed with renovations at the building, which Piscopio hopes will be completed by May 2015.

It will be used for equipment storage, training, and public meetings of the Board of Fire Commissioners.

Nonetheless, the department is not insensitive to critics who said the property should have gone to a commercial tenant, where it could have generated ratable income for the township.

The difference, Piscopio said, is that Westmont Fire Company is growing just like any thriving business, and needs the space just as badly.

“We support everything that the mayor and the commissioners have done to try to boost all of Haddon Township in business, but at the same time, we are a business,” Piscopio said.

To address that demand, much of which is spurred by the mutual aid agreements shared among every fire department in Camden County, Westmont Fire Company continues to add to its 50-member roster. More hands means more gear to store and larger training classes to keep up their skills.

“We’re very fortunate that we have people who continue to ask us to join,” Piscopio said. “We’ve gotten busier, [and]the busier you are, the more training you need.” 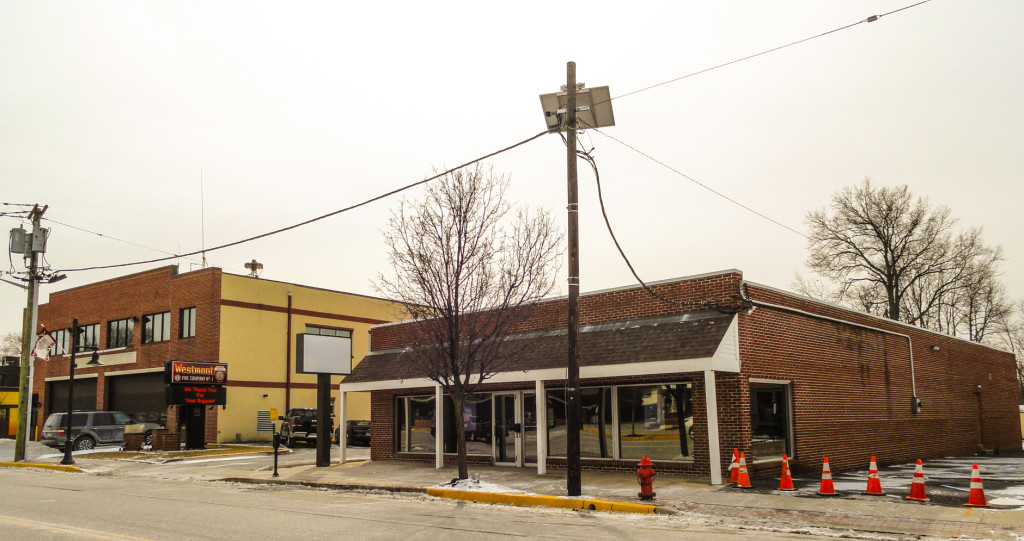 The building will house two classrooms for life support training, not only for firefighter-EMT’s, but also for local adults and children.

Piscopio stressed that such emergency first-response aid “could make all the difference in the world” in the three to four minutes before an ambulance arrives.

And, for emergency personnel learning to operate those emergency vehicles, the fire department is also looking to install a specialized driving simulator.

The new facility will also provide a climate-controlled environment for safely storing some of the most sensitive fiirefighting equipment, such as the respirator testing gear that is currently housed in the basement of the building next door.

“Everybody has to have their air masks tested every year,” Piscopio said. “It’s a very precise machine, and it’s expensive as well. We don’t want to destroy the equipment that we have.”

Finally, he said, the front room of the building will also house memorabilia collected from throughout the 113 years the Westmont Fire Company has operated, including a tribute to Edward Turner, Daniel DiPaolo, and Elmer Hoss, the only three members of the department to be killed in the service of their duties.

“If you’re a fireman, you’re really proud of your history, and we’re all really proud of being from Westmont,” he said. “Their memory is something that needs to be preserved.”

At its core, the Fire Company is a community-oriented service operation with deep family lines, Piscopio said.

“It’s brothers and sons and fathers and brothers-in-law,” he said.

“My own son is there; my wife is on the ladies’ auxiliary. And I’m just one of many families. That’s how we’ve sustained since 1902.

“It’s been a great success,” he said. “We’re very fortunate to have the people that we do.”