Trending
You are at:Home»Business»Audubon to Welcome SunPress Latin Fusion Eatery to Merchant Street

The father-daughter-duo behind Dar’s Cheesesteaks and Que Ricas in Westmont say their latest restaurant will offer a mix of dishes inspired by the flavors of North, South, and Central America. 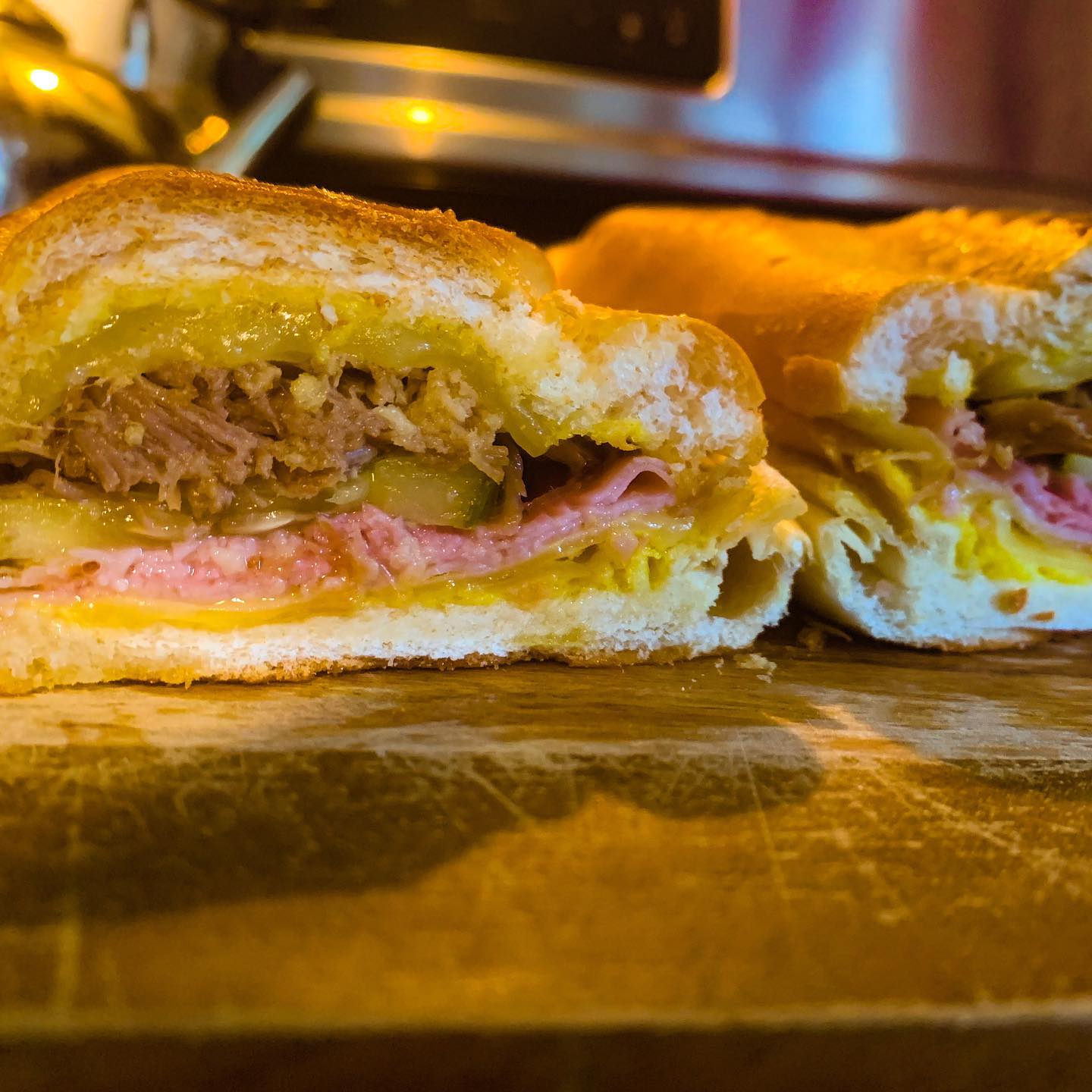 After rolling out two successful restaurant concepts in Haddon Township—Que Ricas and Dar’s Steaks—Dar Soleymani and his daughter, Sahar Soleymani Lamb, are readying a third eatery for the Merchant Street business district in Audubon.

Originally, the duo had thought to open a second location for their cheesesteak business.

They went as far as Burlington scouting for a storefront, but ultimately found nothing that fit their needs.

It wasn’t until their Haddon Township landlord offered to show them the recently vacated Cousins Deli on Merchant Street that they found something to work with.

But he was still concerned that opening another cheesesteak shop so close to his Westmont location might cannibalize both businesses.

Then, after an extended trip to Costa Rica, Dar and his wife Elsie returned home with a new idea—a marriage of Central American and Caribbean culinary flavors, inspired by their travels—and flipped it over to their daughter to fine-tune.

“What changed our mind started in Costa Rica,” Dar Soleymani said. “I learned a lot from them. We combined Costa Rican style with Latin fusion.”

The menu at SunPress also was created in acknowledgment of lingering supply-chain limitations of the novel coronavirus (COVID-19) pandemic, Soleymani Lamb said.

While many of the dishes served at Que Ricas rely on specialty ingredients, like the masarepa flour that serves as the base of its sandwiches, SunPress will rely on staple goods that are easier to source domestically. And, of course, father and daughter will continue to collaborate on the flavors they evoke.

“I love going out to eat, I love trying different foods from different places, and I was trying out my favorites from different cuisines,” Soleymani Lamb said. “A lot of it is just experimentation, repetition; nailing down the recipes so we can get them down to a science.” 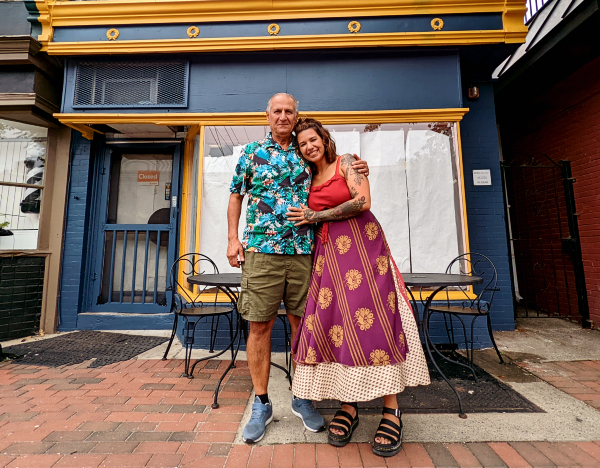 The rest of the work getting the business off the ground relates to fitting out the Merchant Street storefront.

Having removed the maroon awning from the exterior of the former deli, and repainting the building in a vibrant blue and gold, Dar Soleymani said he’s onto fixing up the interior, which should seat anywhere from 16 to 20 guests.

Elsie Soleymani will join him in the restaurant as it opens up sometime in the early fall, while their daughter will refocus her attention on Que Ricas and Dar’s Steaks.

“It’s an awesome partnership,” Soleymani Lamb said. “I don’t think I could be in business with anybody else.”

The family is excited to join the small community of businesses in the Merchant Street shopping district, and add its touch to the growing independent food scene there, which includes eateries like Smoke BBQ, LesbiVeggies, and BurgerTime.