On April 9, Christopher Dean, 36, was killed by a motorist who fled the scene, police believe. Dean’s family is looking for any lead that would help bring closure to their loss. 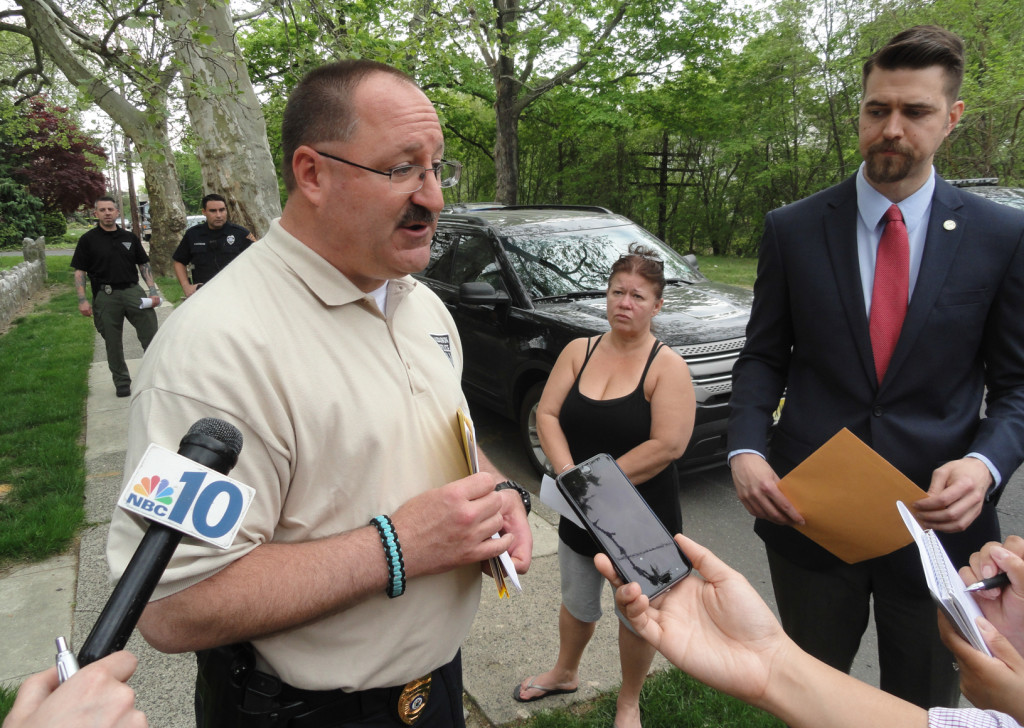 Less than a month ago, Audubon resident Christopher Dean was found lying on the side of the road near the intersection of West Graisbury and East Atlantic Avenues on a rainy April evening in the borough.

The 36-year-old succumbed to his injuries less than an hour after being evacuated from the scene, the victim of an apparent hit-and-run fatality.

On Tuesday morning, authorities from multiple local police agencies returned to the scene of the crime to canvass residents for some hope of a breakthrough in the case.

Camden County Prosecutor’s Office Detective Frank Simpson declined to discuss any specific evidence authorities have in the case, but did assert his belief that “an eyewitness would help.

“We believe someone saw something,” Simpson said. “Even the littlest thing can help us out.” 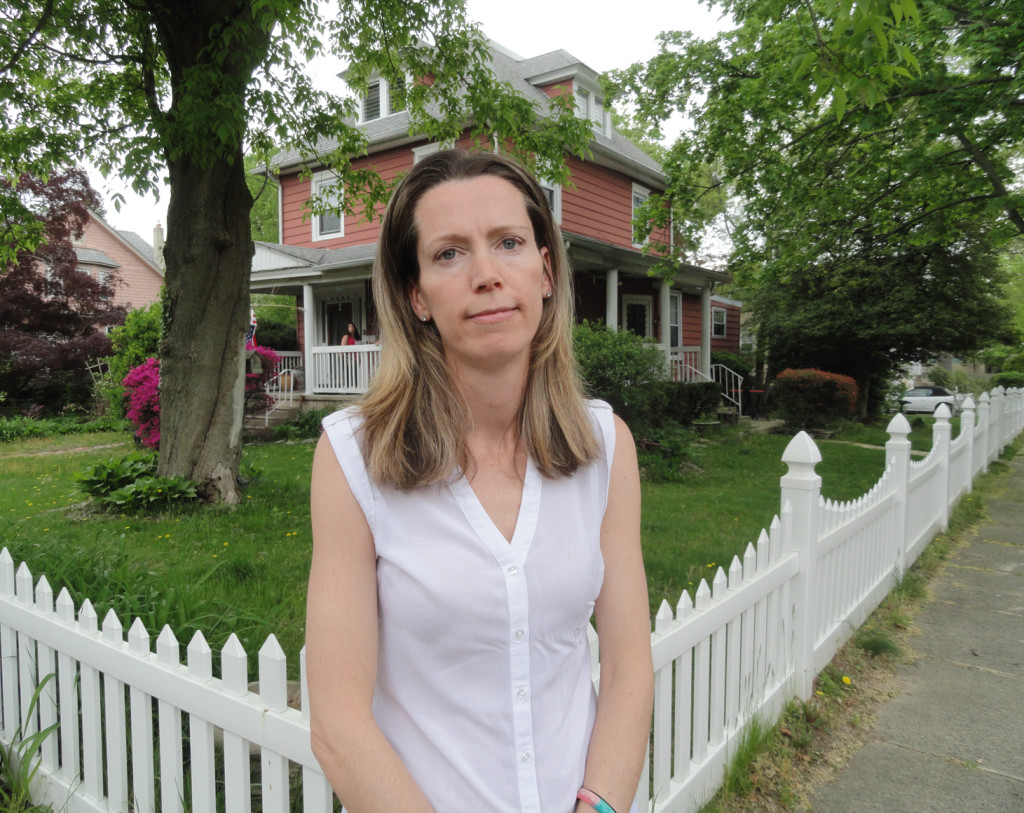 Dean’s sister Erika Reilley said that more than anything the family is looking for closure.

“I’m hoping that the neighborhood might participate and help,” she said.

Chroistopher Dean was “the baby” of the family, Reilley said; the youngest of five children in a household that had lost its eldest, David, in 2010, after a fall in the park paralyzed him from the neck down.

During that tragedy, Christopher was a source of support for his parents. After he was killed, “it’s pretty safe to say Mom and Dad are broken,” she said.

“We’ve walked this walk of grief,” Reilley said. “That’s why we’ve learned that mercy is what’s going to fix us.” 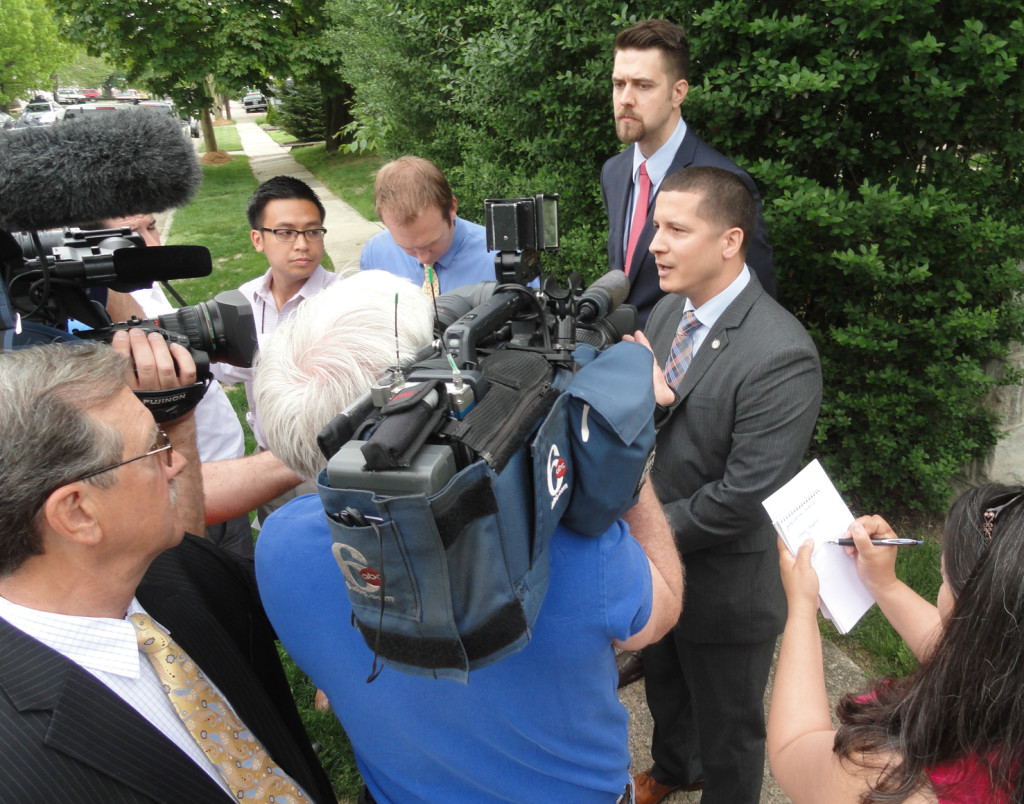 ‘He was a survivor’

Christopher Dean had battled substance issues for a lifetime before getting to a place of independence, she said.

The apartment that he took in Audubon was his first time living on his own, and he was in it for less than half a year before he was killed.

“He was a fighter,” Reilley said. “He was a survivor. He was a loving brother and a loving son. He’s going to be missed every day.

“When I tell you he overcame so much…for this to happen at the time it happened is just part of a bigger plan that we don’t know about,” Reilley said.

Investigation of the scene was complicated by heavy rain and the lateness of the hour, said Audubon Detective Tim Stillman. Police tried to complete their work as quickly as they could before any evidence washed away, he said. 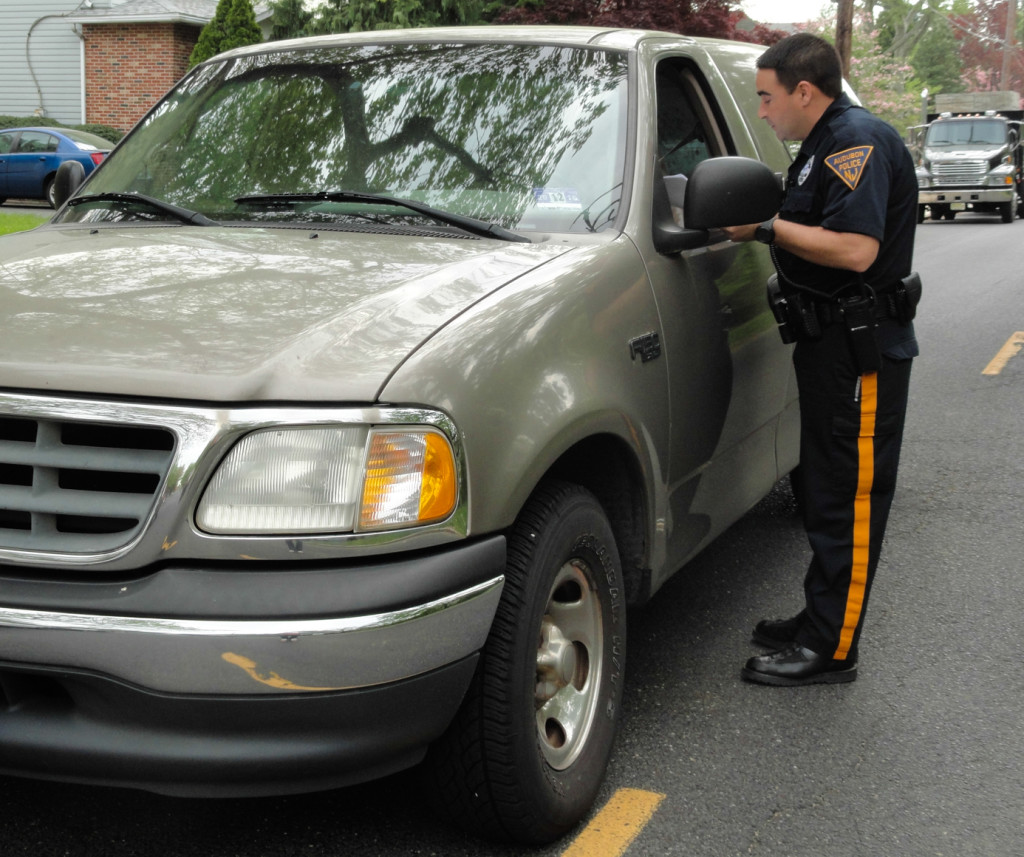 Details were scant even on a return visit, Stillman said; one neighbor reported hearing a car door slam; another heard kids yelling. There are no cameras on the street for police to pick up video footage. Although there are lots of rental properties on the block, he said, there hasn’t been much turnover in the neighborhood of late.

“Some of these houses have been stable houses for a long time,” he said.

Despite the quiet nature of the neighborhood, Stillman said, West Atlantic Avenue is a heavily traveled street that’s used daily as a bypass for drivers looking to avoid the volume of traffic on the White Horse Pike.

“We don’t really have a speed problem,” he said. “Our side streets are normal travel for the town.”

Even on side streets, local neighborhoods have seen their fair share of accidents in recent years, including a car that was upended last summer in Audubon, and, famously, the unsolved case that critically injured Brian Hickey.

Although Stillman said the fatal crash is “very rare for us,” he did note that with the change of the seasons and the end of the school year, more children will be outdoors and on the roads.

“It’s summer,” he said. “School’s getting ready to let out. We’ve got a lot of activities; little league.”

‘You only have control of yourself’ behind the wheel

Drivers’ awareness of their surroundings and of the elements is a primary concern for authorities, said Collingswood Police Chief Kevin Carey, whose department also has been investigating a recent hit-and-run.

(Kevin Riordan of the Philadelphia Inquirer has an in-depth conversation with 12-year-old Alexa McClintic of Collingswood, whose pelvis was shattered and who was knocked unconscious in an April 22 accident on South Park Drive.)

“That’s another reason they have a lot of distracted driver enforcements,” Carey said; “talking on the phone and texting” are common contributing factors in such accidents.

“It’s not like these people are crossing [Route] 130,” Carey said, urging drivers to remember, “you only have control of yourself” behind the wheel.