Trending
You are at:Home»Police & Fire»Collingswood»Collingswood FD Knocks Down Fire in 100 Block of Haddon Avenue

No one was injured in the incident, which heavily damaged a triplex on the main thoroughfare and drew first responders from seven companies. 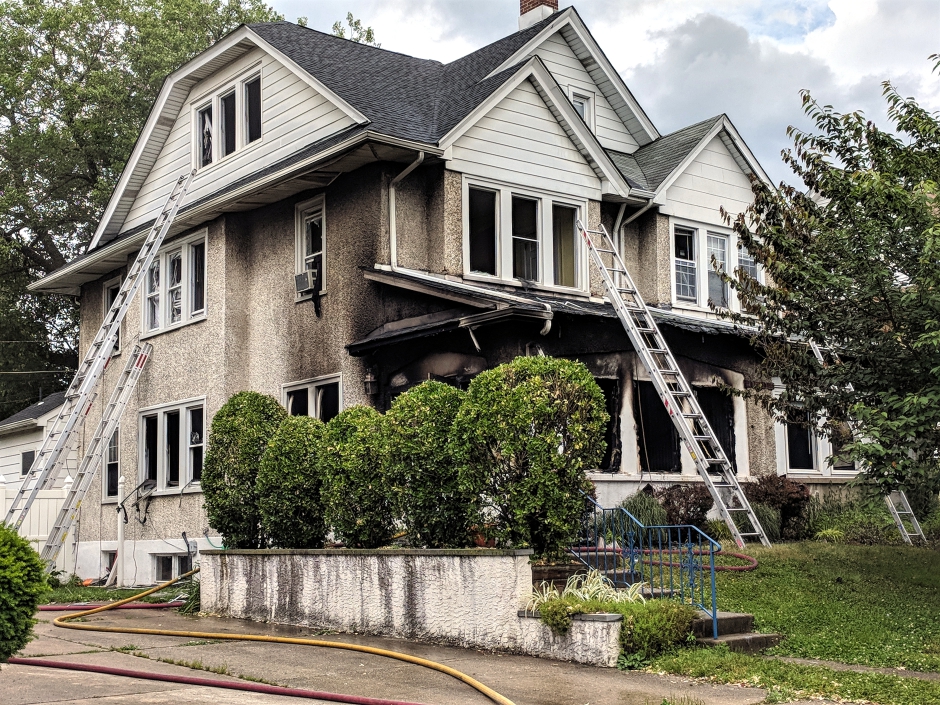 A late afternoon fire in a Collingswood triplex drew an all-hands response from seven local fire companies to the 100 block of Haddon Avenue Thursday.

Collingswood firefighters were first on the scene, with first responders from Westmont, Haddonfield, Gloucester City, Oaklyn, Pennsauken, and Cherry Hill arriving in support just after 3 p.m.

Firefighters pulled up to see flames spilling out the first floor of the home, and stretched the first hand line to the building, said Collingswood Fire Chief Keith Davis.

Half the home was unoccupied upon their arrival, and the bulk of the fire was confined to that portion of the structure. The flames didn’t extend into the other half of the property, which suffered only smoke damage, Davis said.

Click here for video of the fire as captured by Collingswood firefighters.

Tenant Shelley Lowder was in her bedroom on the far side of the property when she smelled something. Then she heard her neighbor from the unit above, Ashley Sawyer, banging on her front door to get her out. 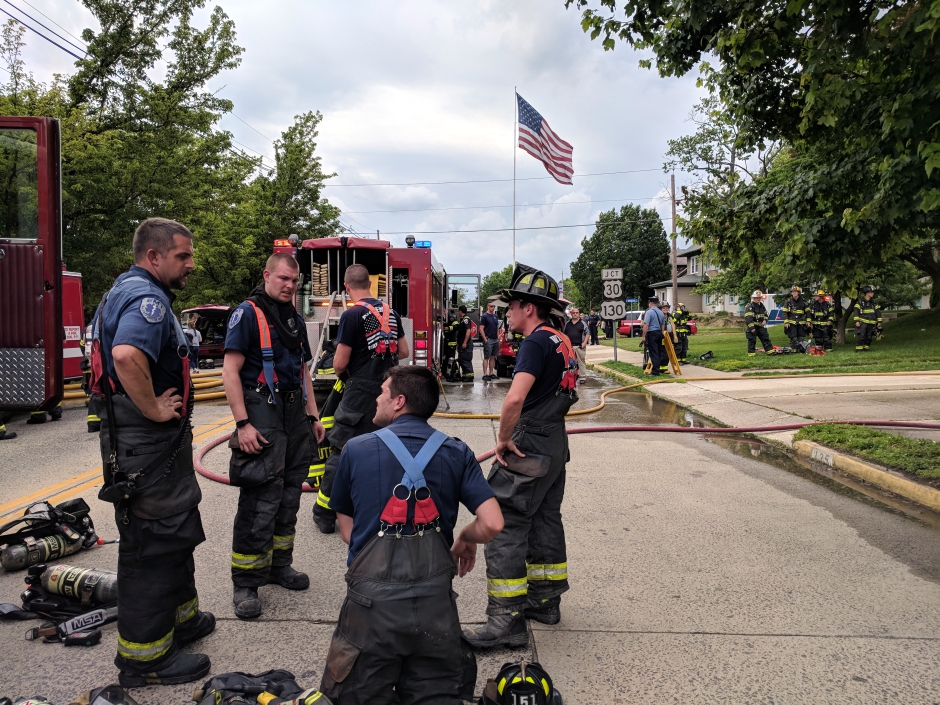 Westmont Firefighters take a breather at the scene of a Collingswood house fire. Credit: Matt Skoufalos.

“By the time I opened my door, I couldn’t see anything,” Lowder said.

No people were harmed in the incident; however later Thursday, it was revealed that two small pets perished in the fire.

A fundraiser has been established to support their owner.