What started as the highlight celebration of Haddon Township’s 150th birthday finds a stronger community embrace in its 151st.

“I don’t think anybody in this town thought it was possible to do what other towns do on a regular basis,” said Doug Kelly.

For the longest time, Kelly believed that the last of those activities was the longest shot because it involved closing down a section of Haddon Avenue. But after the success of last year’s event, the community is bringing back the Haddon Township Music Festival for an encore performance Sunday, October 23.

“I didn’t expect to do it a second year,” Kelly said. In 2015, “Everybody was rooting for it because it was the town’s birthday,” he said. In 2016, residents are chasing “the giddiness that came over us” at closing Haddon Avenue for a street fair.

It doesn’t hurt that last year’s event, which brought about 8,000 people into the Haddon Township central business district and generated an estimated $65,000 in revenue, signaled to local leaders that there was a good case to be made for another go-round.

“One of the reasons we’ve been hesitant to do something on Haddon Avenue is the concern of an impact to the businesses,” said Haddon Township Mayor Randy Teague.

“What those owners saw last year is that it had a tremendous positive impact on their businesses,” Teague said. “Not only did they have a bump in their revenue for that day, but it also gives them publicity [for visitors]to see what wonderful businesses we have in town.” 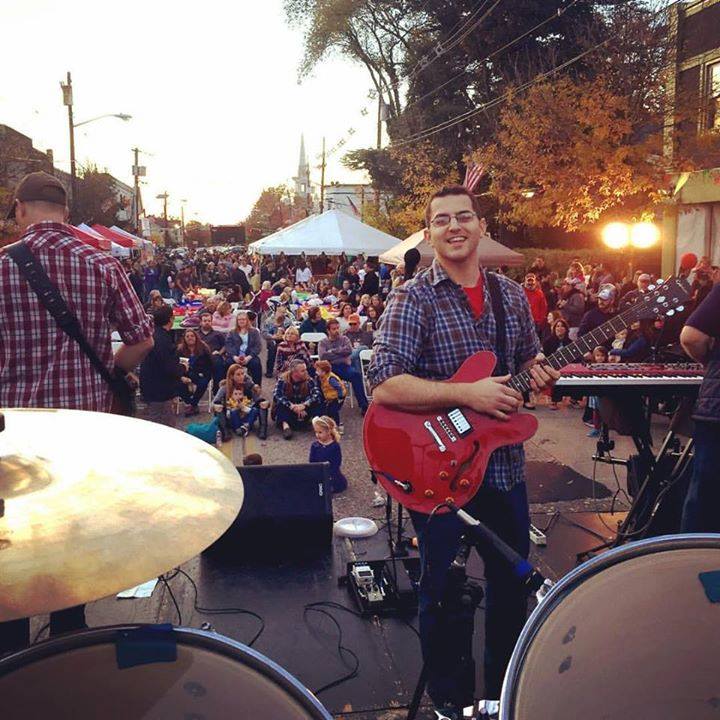 From the Severino Pasta dinner to the Crystal Lake Pool concert series to the music festival, the events Haddon Township threw in its 150th year were “great ideas; a great way to build a sense of pride and community,” the mayor said.

Borough commissioners backed that sentiment by investing in a new mobile stage and higher-end portable bathrooms, amenities that will improve the quality of the festival and of future Haddon Township events as well, Teague said.

With the financial support of the Haddon Township Business Improvement District (BID), the township government is also keeping the event free to attend, giving concert-goers more cash to spend at the 40-plus businesses that will be there.

The move also helped festival organizers—the BID, the department of public works, and Haddon Township police—focus on elevating the experience for concert-goers.

“All we’re doing is sharpening our pencils from last year because we know we have the township’s support,” Kelly said. “[The commissioners are] investing in festivals at the same time as they invest in fixing the roads and the streets and the sewers. People want this, and the town wants to give this to people.”

Galvanized by that support, Kelly said the festival will up the ante for year two. The tallest mobile Ferris wheel in the state will offer riders a chance “to look at things from a different perspective,” he said. This year, it’s spinning eastward, towards the renovated Westmont Theater and the rising construction of the Haddon Town Center; former gaps in the downtown business district that Kelly sees as “possibilities coming into vision.

“We’re looking at the future of areas that have been dark,” he said. “The town is growing in a good way.” 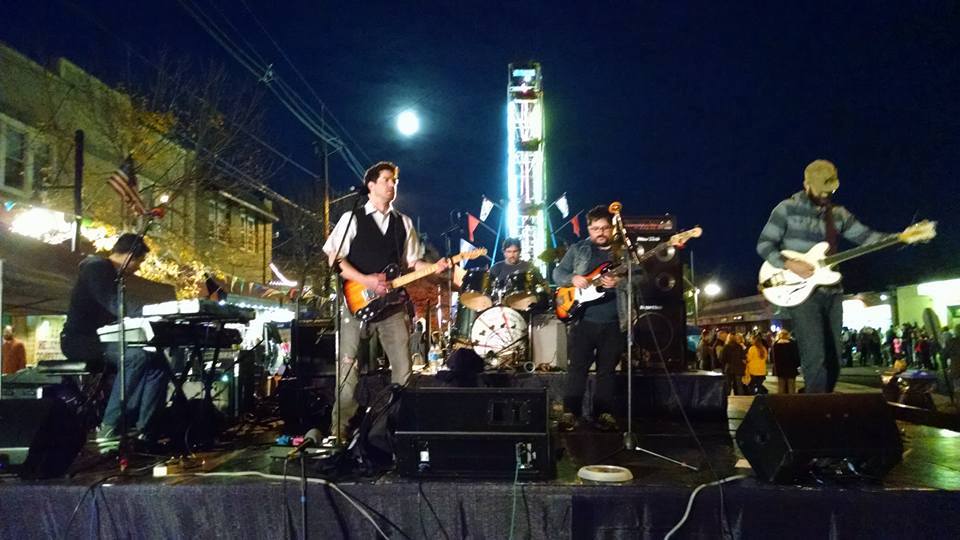 The list of local performers is getting a refresh as well.

Returning acts will be bolstered by new additions to the bill like Tara Hendricks, Andrea Nardello, She Hates Me, Somerdale, and Trainwreck.

(Anyone who needs a guide will find the bill written on the windows of the Westmont Theater, Blue salon, and Espressit).

One of the newest additions to the lineup is the rock trio Fighterfish. Composed of Strawbridge Avenue neighbors Cami Woolston, 11, on guitar; her classmate Luke Lennox, 10, on drums; and Luke’s sister, Emerson, 13, on keyboard, the group will be making its public debut at the end of the block on which they live.

Last year, Kelly, whose band Preacher performs Sunday as well, told the kids that if they learned two songs, he’d put them on the bill for this year’s show. After an intense summer of practicing, Fighterfish is headed for the spotlight, and Preacher will back them. The two acts practiced together last weekend, and “it was intimidating but awesome,” Emerson Lennox said. “We felt like actual band members.”

“And not just kids in a basement playing songs,” Luke Lennox added. 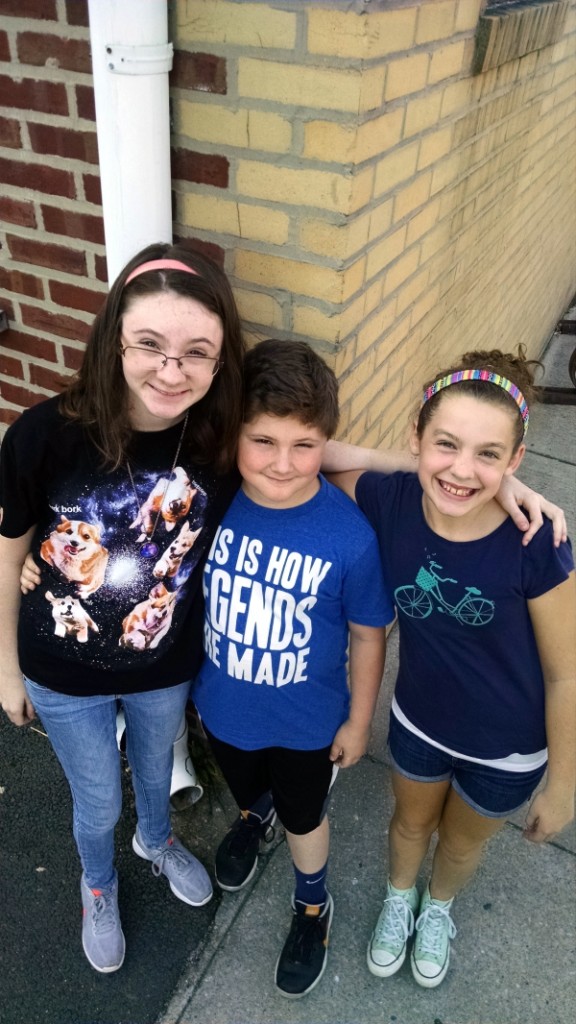 Woolston said she really wanted to be an athlete, but “can’t get into sports,” even after trying “every single sport there is.”

Things worked out differently when she picked up the guitar, though, and after four years of lessons with Collingswood Music owner Ted Velykis, Woolston is ready to play out.

Luke Lennox said he’s “always been in little bands,” and used to pretend to be in bands before that.

But Sunday’s show “is actually that thing coming to life,” he said.

The Lennox kids have taken music lessons for years in the Haddon Township school system, and privately with local performers like Brian Farr, Nick Watts, and Sarah O’Brien, said their mother, Michelle Lennox.

They did so because she and her husband Dave believe music is an investment in their kids’ development.

“This is a skill you’re going to have for the rest of your life,” she said. “It’s going to give you happiness and maybe a job. You don’t know all the things that it’ll bring you in the future.”

Both parents agreed the kids should take lessons, but Dave Lennox was the one who said they should be playing together, Michelle said. The family spent the summer clearing out the basement to create a practice space, wired it up for rehearsal, and upgraded their recording software. Dave was their manager, their engineer, and their biggest supporter—and cruelly, he won’t be there to see the fruits of his labor. Dave Lennox went into the hospital September 22, and he didn’t come out.

The kids could have quit the show and nobody would have judged them for it. But in the memory and the spirit of their father and his legacy, they’re carrying forth. 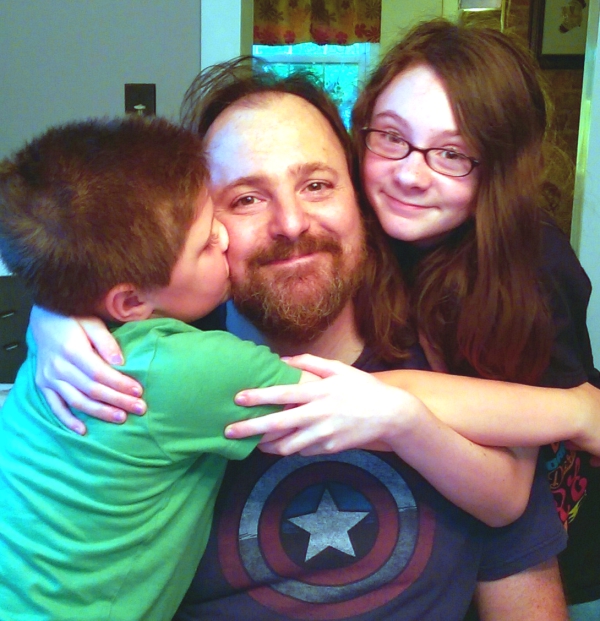 “It has taken a village to raise young Haddon Township musicians like this,” Michelle Lennox said.

“[Dave] was an extraordinary person who had so much life ahead of him and so much more to give,” she said.

“He loved his family, this town and area, and his community, and was not even close to being ready to go at 50 years of age.

“The thing that keeps us going has been the incredible outpouring of love and support from our community,” Michelle Lennox said.

“There are so many hands and hearts holding us up that, even in our misery, we are able to get up each day and keep going. We are humbled and so grateful.”