A visit to Westmont from high-ranking state officials underscores the value of a long-running farmers market in connecting people with public policies. 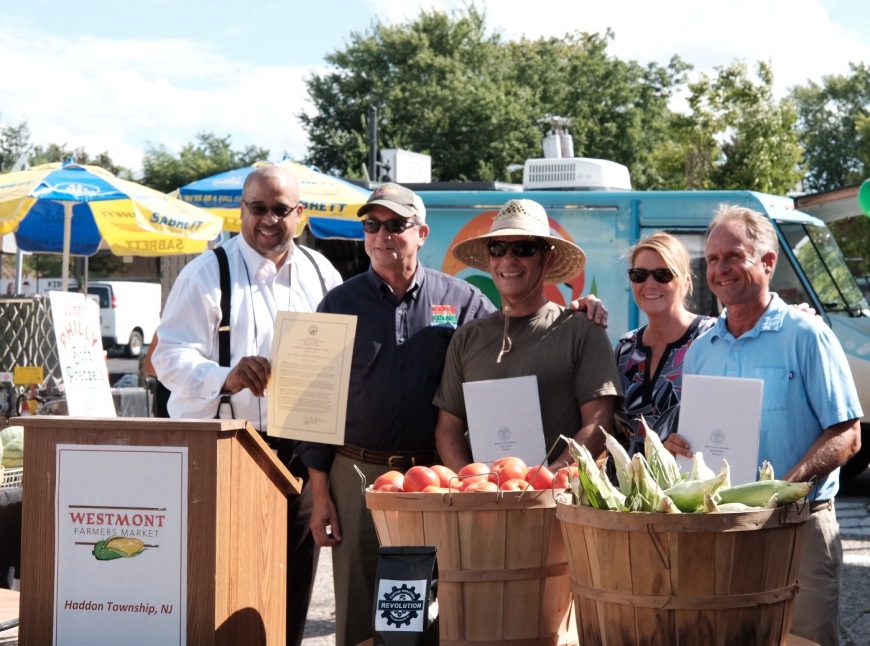 The visit underscored not only the strength of the long-running Westmont Farmers Market, one of 146 community farmers markets in the state and four weekly, seasonal markets in the immediate area, but its significance to a number of vital policy efforts spanning business development, agriculture, and public health.

Although the Department of Agriculture does not track dollar figures from its farmers markets, Fisher said their longevity is an indicator of success on a number of community fronts.

“Holding together a farmers market means something on a lot of different platforms,” he said. “It’s a very important function to promote the spirit of the town and the welfare of its people.”

Of the 9,000 farms in New Jersey that supply its farmers markets, 212 are certified to participate in the Special Supplemental Nutrition Program for Women, Infants, and Children (WIC), or offer senior vouchers to help offset the costs of getting fresh, locally grown fruits and vegetables into the hands of vulnerable residents. A nutritious diet helps limit health risks for long-term diseases and can help manage chronic conditions, Bennett said. 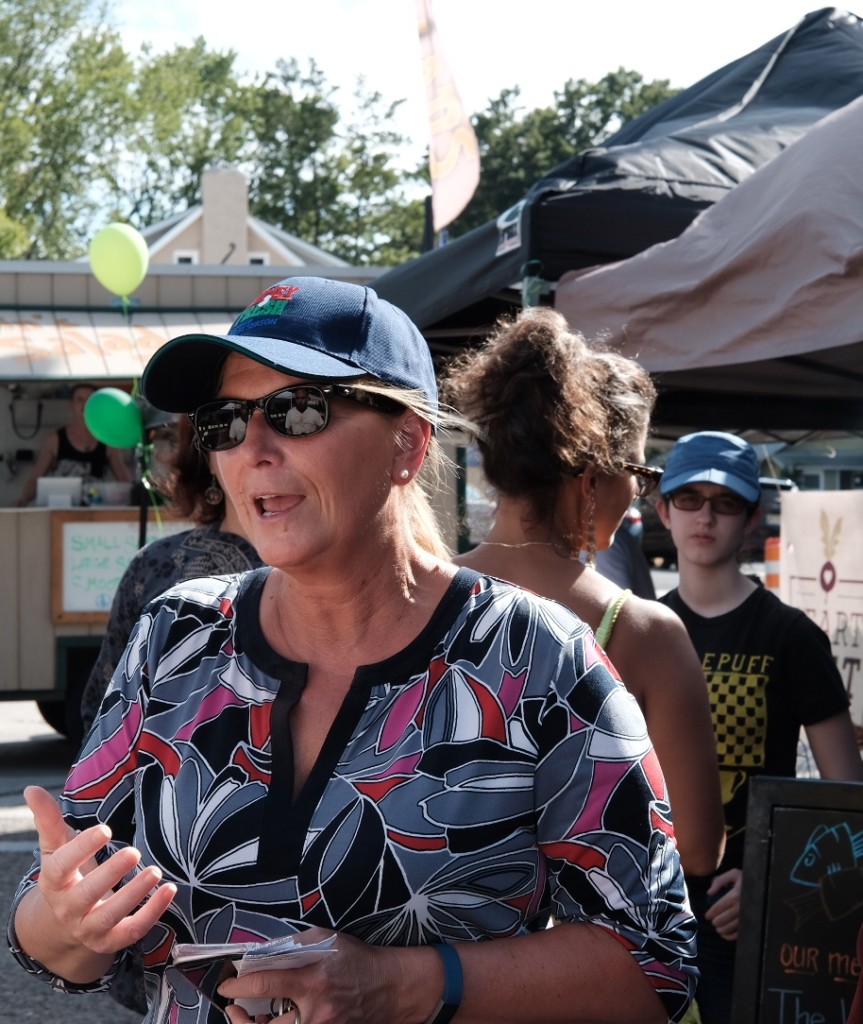 “We’ve doubled down on population health,” she said.

Ratchford counts himself among those who have benefited from access to farmers markets.

Changing his diet and increasing his physical activity helped him lose 40 pounds and a risk for developing diabetes.

WIC and SNAP are federally funded nutrition programs intended to reach people in need, like single parents and seniors.

By earmarking benefits for farmers markets, USDA is hoping to capitalize on their community connections, but so far benefit redemptions “are not where we want them to be,” among participating markets,

Ratchford said part of that is because some markets don’t know that there are resources to help them get online to process SNAP and WIC debit cards, such as the Collingswood Farmers Market began doing this season. But he also believes greater efforts are needed to help get the people the programs are meant to aid out to the markets to shop.

In that respect, he said, communities could do more to offer ride services, advertise that food benefits are redeemable at their markets, and work to educate those in need of assistance that help is available for them.

Bennett said that support for the population health goals of farmers markets may soon need to come from “nontraditional stakeholders,” like big regional health systems.

Approaching places like Cooper, Lourdes, and Virtua to fund healthy eating initiatives as part of value-based payments for care could do more of the last-mile efforts of reaching people where they live, and unconventional solutions may be on the table sooner rather than later.

“Maybe we’ll start developing food trucks,” she said, capitalizing on a wave of interest in food truck festivals and street fairs based around prepared foods. 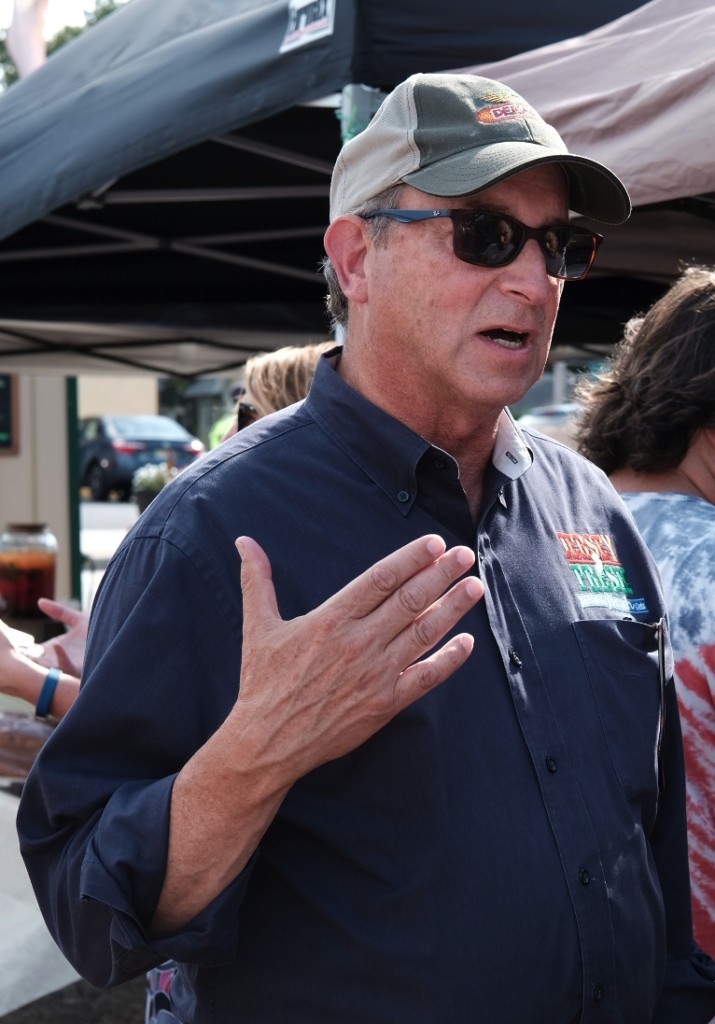 Screamin’ Hill Brewery in Cream Ridge is the first farm in New Jersey to operate a craft brewery supported by products grown on its acreage, Fisher said.

Other legislation from lobbyists in the New Jersey Craft Beer Guild would help to bring local brewers to farmers markets for growler fills and other take-and-go sales.

In bar-and-restaurant-heavy Haddon Township, the Westmont Farmers Market not only helps grow cottage-industry businesses by giving them a place to vend their wares, it also brings foot traffic to the surrounding, established businesses in the downtown district.

“It makes the town look better, but it gives the town a people’s voice. It’s more complicated than it was when it was just the idea of a farmers market.”

Farmers markets on their own are insufficient to revive a local urban or suburban economy, Fisher said, but technology, including wind tunnels and greenhouses, are helping stretch the growing season beyond what it might ordinarily yield. In one prominent example, AeroFarms of Newark, has taken a $30 million investment to transform a former steel mill into a facility that’s adding jobs and growing food.

“Things go into fashion and out of fashion,” Fisher said. “Local is up to people.”

Bennett, a former Haddon Township resident, was heavily involved in advocating for township beautification and redevelopment efforts more than a decade ago, “when this [market] was a glimmer in everyone’s eye,” and the fate of the Dy-Dee and Westmont Theater properties was much more tenuous. 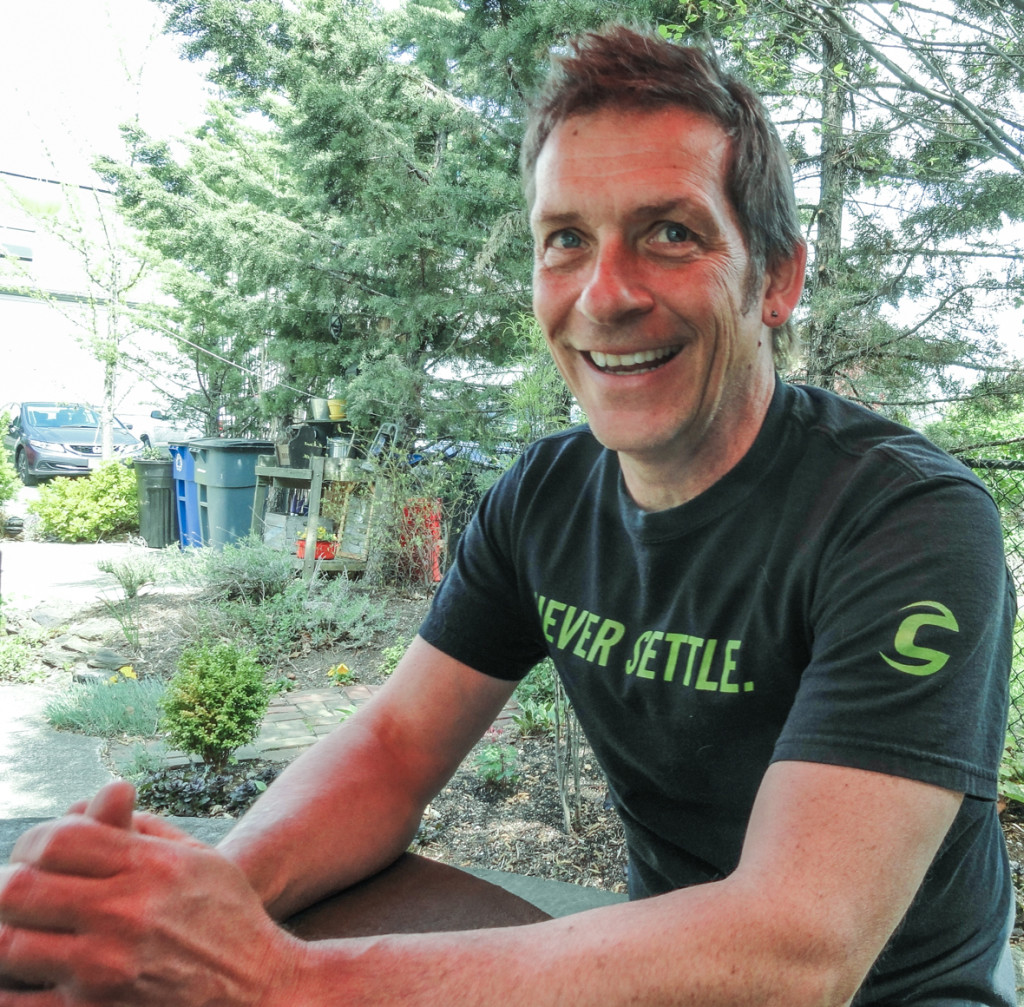 At that time, work to overhaul the downtown was undertaken with the intention of “trying to think about ways to bring true sense of community,” she said.

“What you saw in 2003 was a lot of people starting to get together behind the idea of redeveloping small-town spirit,” Bennett said; “a vision of what Haddon Township could be.”

Farmers markets are important venues for public education as well as community gathering, Kelly said, “where people come together and talk, and then decide to do something.”

“Not one person who comes here and shops doesn’t want the town to be a greener place, a healthier place,” Kelly said. “Doesn’t it help define who the town is?”

As much as the market has helped perpetuate such education, he said, it also has given Haddon Township an element of understanding—about its own capacity for food trends, public gathering, and creating elements of community modeled in other areas nationwide.

“It’s a spot where people have learned a lot of stuff about Haddon Township,” Kelly said. “We can have better because everyone else has it. You can have more. You should have more.”