The victim was identified as Drew Watson, 66, of Collingswood. He is the 35th pedestrian to be killed by a vehicle in Camden County this year. Authorities do not suspect criminal behavior in the incident. 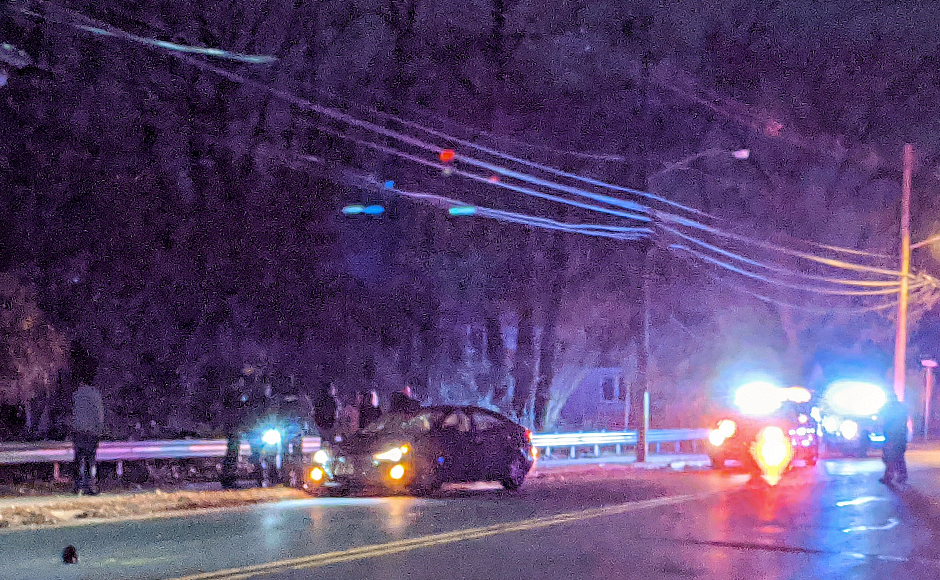 The victim in a fatal pedestrian crash in Collingswood on December 23 has been identified as 66-year-old Drew Watson of Collingswood.

A spokesperson for the Camden County Prosecutor’s Office (CCPO) said Watson was crossing the White Horse Pike when he was struck by a southbound driver.

According to the CCPO, Watson apparently was not in the crosswalk at the time he was struck.

Authorities do not suspect criminal behavior in the incident.

The incident occurred around 9:15 p.m. in the area of Newton Avenue. By 9:35, first responders were taping off the crash scene between Eldridge and West Lakeview Avenues.

The lone car at the scene, a black Hyundai Elantra, showed visible damage to its windshield and passenger side. The only other observable detail from the collision was a single sneaker that remained in the roadway. 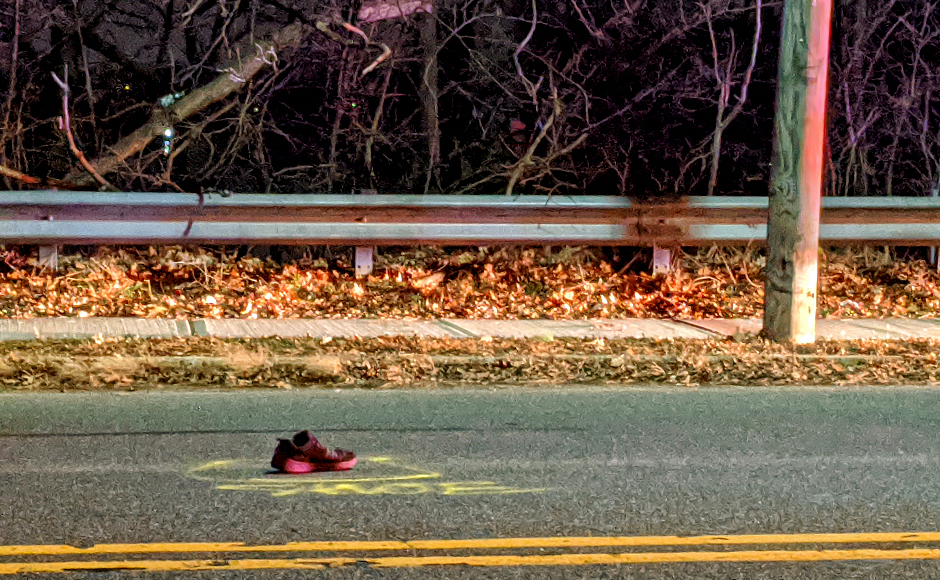 A shoe remained in the road after a collision in Collingswood. Credit: Matt Skoufalos.

Pedestrians have been struck near that intersection before, at least as recently as two years ago.

Neighbors have said that visibility is limited and foot traffic high in the area.

In Camden County alone, 34 pedestrians have been killed by drivers in 2021, according to statistics published by the New Jersey State Police.

Thursday’s incident would make 35, accounting for nearly half of the 76 pedestrians killed in the state this year.