Trending
You are at:Home»Government»Collingswood»Visions for 2016: Collingswood Consolidates Redevelopment Gains

The borough will focus on pedestrian issues as well as parking in its efforts to continue its downtown revitalization, but bigger changes remain on the horizon.

In this installment, Collingswood Mayor James Maley discusses the ways in which his borough must balance capital projects while reinvesting in its thriving downtown and keeping taxes under control.

With Collingswood having put the wraps on the LumberYard redevelopment in 2014, capital projects in the borough are considerably more scaled-back in 2016.

Topping the list is the renovation of Roberts Pool, which Mayor James Maley described as “taking longer than any of us expected.” The last major renovation of the public pool was undertaken in the 1950s, and in the intervening years, its pump system has developed a significant leak. The million-dollar repairs will be completed prior to the start of the summer 2016 season, as will a renovated snack stand. 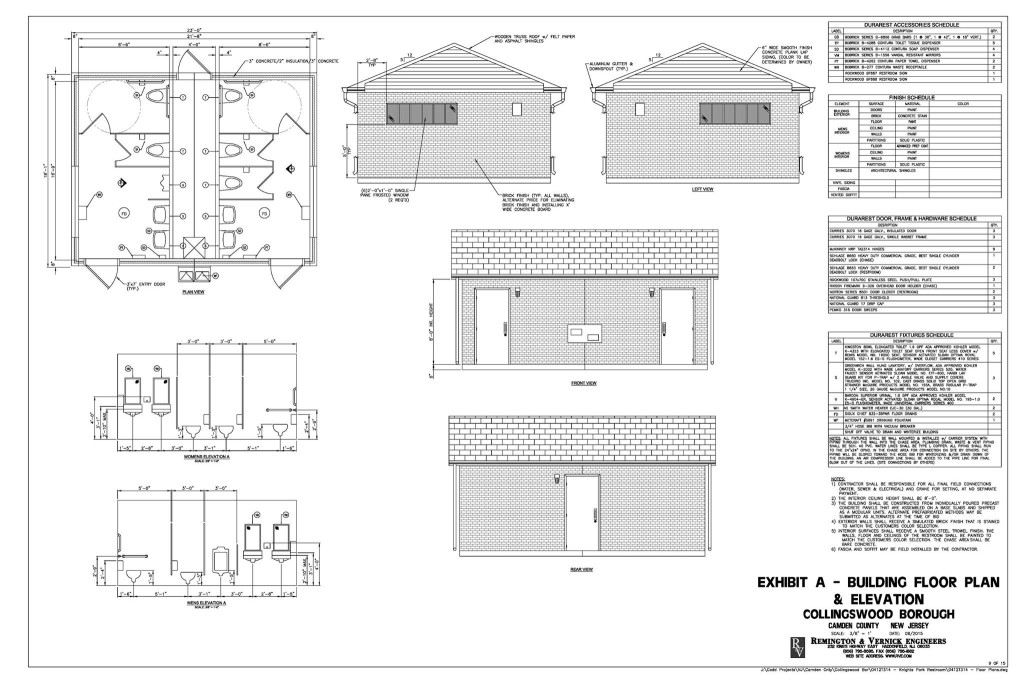 Another recreational amenity that the borough has been working to deliver is a set of public restrooms in Knight Park. That work was delayed slightly when bids for the job came back higher than anticipated, the mayor said.

“It’s a modular building, and we had three different contractors all buying it from the same company, so we just changed some of the design,” Maley said.

Collingswood will also be making a few hundred thousand dollars in pedestrian improvements via a Safe Streets to Transit grant. One will be a pedestrian bump-out at the intersection of Homestead and Haddon Avenues, which draws significant foot traffic for the Collingswood post office and PATCO stations.

“It’s got to be one of the most heavily traveled, horrendous spots in town because the streets aren’t lined up,” Maley said.

After a traffic accident in inclement weather, Collingswood will also be working to illuminate the pedestrian bump-outs at the Haddon Avenue fountain, the mayor said. 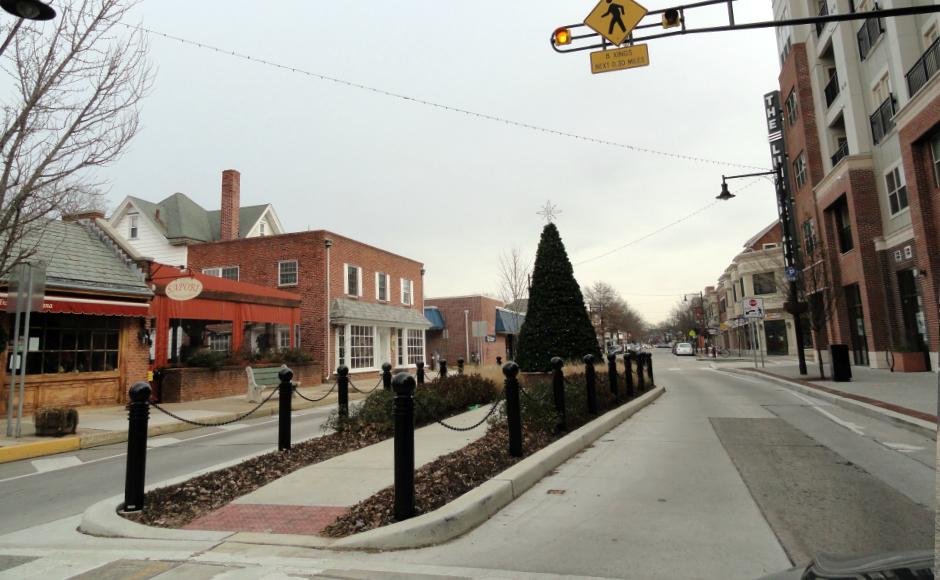 Maley also described plans for some improvements to pedestrian and bicycle safety in residential areas. The borough is working with the Bike Up Collingswood neighborhood group to add bike racks along Haddon Avenue and improve signage for cyclists in the borough, which “really all ties with the pedestrian sides of this too,” he said.

Even as Collingswood works to become more pedestrian-friendly, it receives plenty of vehicle traffic in its downtown business district, where demands for parking remain a persistent refrain (which Maley described as “good problems” to have).

To that end, the borough will continue to explore the feasibility of relocating the borough public works department and police station in order to create additional parking behind Haddon Avenue. That process has been ongoing for the past five years or so, and another year or two may be required to continue planning for it.

“We’re really going to exhaust all the efforts to get other [grant]money for it; some other ways to keep the cost down,” Maley said.

The most significant neighborhood project for the borough government in 2016 will be working to address its inventory of abandoned and foreclosed properties. The legal process involved is lengthy, but the mayor said that the borough is “getting close to the point where we’ll be able to take action on properties.” 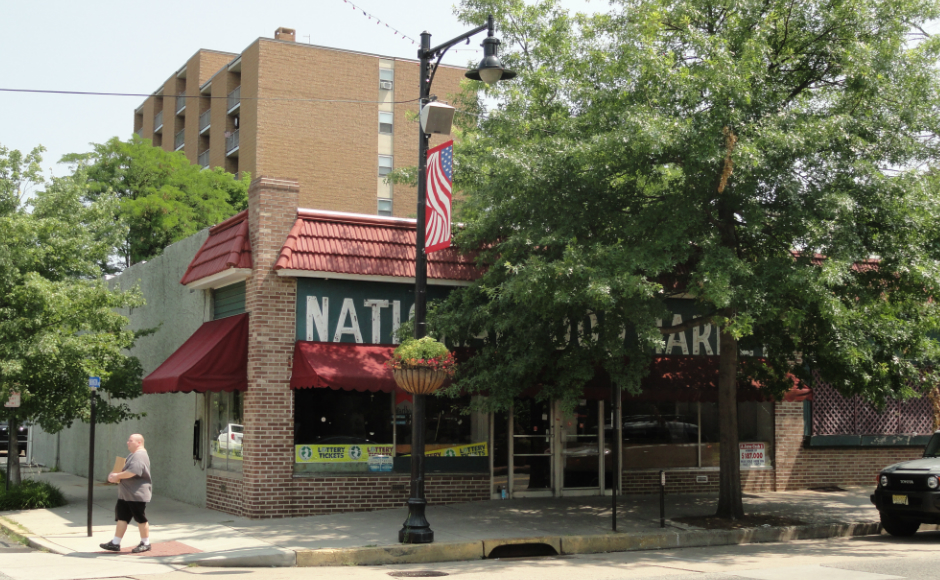 In terms of developments in the borough downtown business district, Maley offered scattershot updates on a handful of properties.

The LumberYard-housed microbrewery Devil’s Creek is angling for a St. Patrick’s Day opening.

McFarlan’s neighborhood grocery store has finalized approvals for its site at the intersection of Haddon and Washington Avenues, and intends to break ground in the spring.

No timetable on the groundbreaking has yet been established for the vacant lot opposite the Collingswood Public Library at Haddon and Frazer Avenues, but the property is meant to house a mixed-use commercial-residential building, with a ground-level restaurant and apartments above.

No word was available on the fate of the long-awaited artisan bakery, Dulce. Similarly, the DePace Sports Library and Museum of Champions, which occupies the former TD Bank property on Haddon Avenue, continues to lumber towards an indeterminate opening date.

The former Warner Landscape and Patio building at Woodlawn and Haddon Avenue, which the borough had converted into a temporary municipal parking lot, is headed back on the market. Maley said the borough may demolish the garage in order to make the site more attractive to potential buyers.

“A parking lot is not a really good use of the property,” he said, “but because of that, we talked about what we could do with the street there to get more parking spaces there.”

The mayor also believes that a deal might be brokered with the nearby Sun Bank on Woodlawn Avenue to house some off-hours vehicle parking in the rear of the lot, although nothing has yet been formalized. 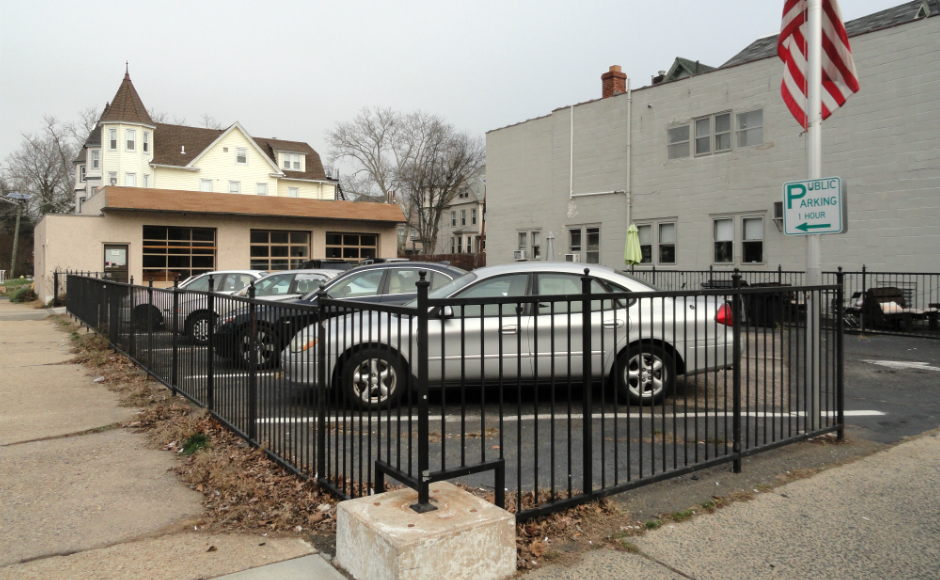 Along with retaining the vibrancy of its existing businesses and working to cultivate new enterprise, Maley said that the borough will be re-examining the zoning requirements of its downtown district along with the 10-year review of its master plan. Although that discussion is not slated for another few years, Collingswood confronted a handful of zoning questions about prohibited uses in 2015, notably, those involving tattoo parlors and microbreweries.

Even the more recent plans for Parke Bank to take over the former 1st Colonial National Bank building on Haddon Avenue revealed that the previous bank was operating under a grandfathered variance.

“We’re all scratching our heads about why banking’s not a permitted use [in that part of town],” Maley said. “There’s still a need for offices; there’s still a use for it, and for the mix that’s more beneficial for our town, that’s a great addition.

“For some of those outside the main core, where the zoning outside still is retail-only, it’s tough,” he said. “I’m thinking we need to expand or tighten up the retail-only section of the downtown to allow more commercial offices to be on first floors. Retail does better when it’s concentrated, when it’s not broken up by doctors’ and accountants’ offices. So maybe the answer is that we concentrate it in the downtown, and allow more office uses to help the lunch crowds and the shopping during the day.”

Maley also acknowledged the concerns of many long-time borough residents: that the cost of living in New Jersey continues to escalate.

To that end, he said Collingswood will continue to save money wherever possible, but some increases are inevitable. Water and sewer rents are headed up 3 percent in 2016, an uptick that he said had been put off for a few years.

“I think we’re still in very much a mode of doing everything we can to save a nickel,” Maley said. “We’re revamping our departments [and]changing how we do services. We pay the same healthcare, pension costs; as long as those costs are going up, that’s just the reality.”

“It’s an unfair tax, and it’s the most unfair on people that are on fixed incomes,” he said. “I’ve had more people than I care to remember tell me that they’re moving out because they can’t afford it. Most of them are moving out of state. It’s just the rules we have.

“Hopefully for most people, while they may be paying more than they want to, they feel they’re getting value for their dollar in terms of the services they get, the amenities for the town,” he said. “We try to use that money, and spend it wisely in a way that will grow the town. A lot of our work has been getting ratables, improving them, and getting them back online.”

Some of the fruits of those labors have already been borne: 2016 marks the 20-year anniversary of the Heights of Collingswood, one of the borough’s original redevelopment projects. This year, the final, borough-owned unit at the LumberYard has been sold, and property values in the community are strong, Maley said.

“I think we’re thriving,” he said.