Trending
You are at:Home»Schools»Collingswood»Woodlynne Considers Pulling out of Collingswood Schools for Pennsauken

The district, which sends about 180 students in grades nine through 12 to Collingswood annually, is exploring an arrangement with Pennsauken and former Woodlynne superintendent Ronnie Tarchichi. 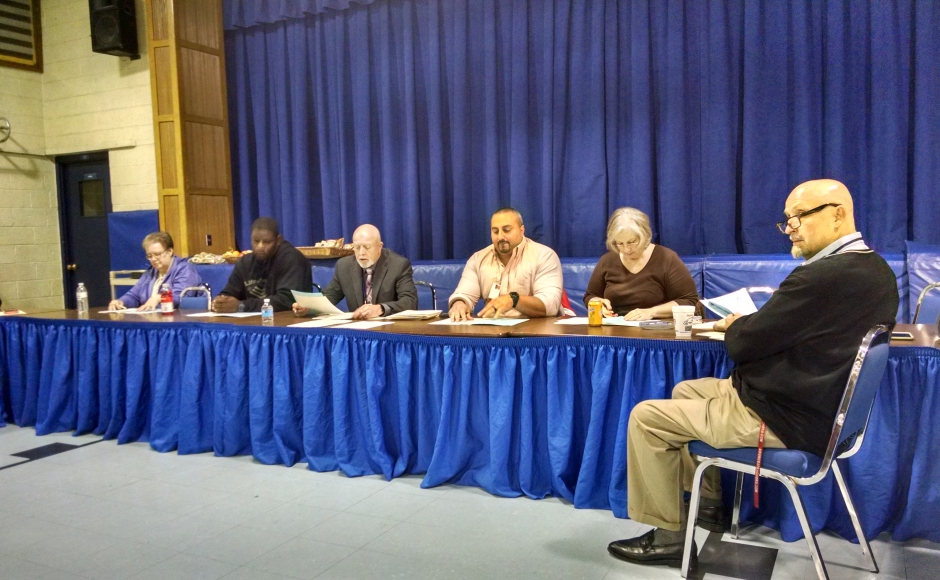 Claiming treatment of its students as “second-class citizens” and a desire to cut costs, the Woodlynne Board of Education has begun exploring the possibility of abandoning its send-receive relationship with Collingswood schools for the prospects of a partnership with Pennsauken.

In May 2016, the Woodlynne Board of Education unanimously approved a plan “to determine the continued feasibility” of the send-receive arrangement with Collingswood.

Subsequently, Woodlynne formed an ad hoc committee with representatives from the Pennsauken school district to study the possibility of sharing a superintendent between the two communities; former Woodlynne Superintendent Ronnie Tarchichi left the district for Pennsauken in June 2016.

Woodlynne routinely sends around 170 to 180 ninth-through-12th-grade students to Collingswood High School (CHS), according to Collingswood Superintendent Scott Oswald. The send-receive relationship between the two boroughs accounts for some 10 percent of the annual Collingswood school district budget; about $3 million annually.

There has not yet been any formal discussion between Woodlynne and Collingswood regarding the move, and Woodlynne Superintendent Jack McCulley did not respond to repeated requests for comment.

On Tuesday at a public meeting of the Woodlynne-Pennsauken ad hoc committee, McCulley said Woodlynne had explored the possibility of sharing a superintendent with Collingswood as recently as 2013. He claimed that Oswald had been dismissive of attempts to explore the issue recently, and opined that Woodlynne students were “looked at as second-class citizens” in the Collingswood school district.

Oswald objected to that characterization, pointing out that Woodlynne students have been CHS valedictorians or salutatorians three of the past four years as well as appearing among the top 20 students of its graduating classes.

Woodlynne students are also eligible to participate in Collingswood recreational league programs as well as in district co-curricular activities beginning in grade six, he said.

“I think that some of those ideas are kind of perceptions from the past,” Oswald said.

“When you’re in a send-receive, the sending districts always feel like little brother,” he said. “The only people who don’t feel like that are the people who are in the school every day. When they come to us, we treat them like our kids. We really go out of our way to include all the kids from Woodlynne and Oaklyn.”

In 2013, he said Collingswood offered to create an instructional supervisor position in Woodlynne with the intention of aligning curriculum, professional development, and other programs between the two districts ahead of exploring a shared superintendency. The Collingswood Board of Education approved a job description and contract for the position, and received about 20 applications for it, Oswald said.

“Rather than avail themselves of that opportunity, Woodlynne hired its own part-time curriculum supervisor who, despite repeated invitations, did not participate in any curriculum meetings nor professional development opportunities,” he said.

Tarchichi was hired by Woodlynne in 2013 as the district superintendent and principal of its lone school.

Any decision to alter an existing send-receive relationship must be approved by the Commissioner of the New Jersey Department of Education, and would first require the completion of a feasibility study examining “the educational and financial implications for the sending and receiving districts, the impact on the quality of education received by pupils in each of the districts, and the effect on the racial composition of the pupil population of each of the districts,” according to state statute.

Oswald said that Collingswood has not been approached by Woodlynne nor its representatives to provide any data that would inform such a study; anecdotally, he noted that consultants from the Oaklyn Board of Education “sat with us for hours” conducting a feasibility study about expanding its send-receive relationship with Collingswood. He did say that representatives from Collingswood and Woodlynne are scheduled to meet in November.

In 2015, Pennsauken schools were on the other end of a severed send-receive relationship, as Merchantville won a protracted battle to remove its high-schoolers from the district. Materially, that arrangement was considerably smaller in scope than the agreement between Collingswood and Woodlynne, however. Last year, Merchantville Chief School Administrator J. Scott Strong told NJ Pen that only about five to 10 students from the borough elected to attend Pennsauken High School.

There’s no guarantee that Woodlynne taxpayers would benefit financially from moving their students to Pennsauken. According to September 2016 figures, Pennsauken tuition is $16,405 per pupil versus the approximately $15,000 Collingswood charges students from Woodlynne and Oaklyn through its send-receive arrangement.

At Tuesday’s ad hoc meeting, Tarchichi said Pennsauken would match that $15,000 figure, including the cost of bussing students the 14-mile round trip from Woodlynne to Pennsauken, “for as long as I’m superintendent.”

Whether recommended or not by Tarchichi, those rates would still have to be approved by the Pennsauken Board of Education, which may not agree to forfeit the quarter-of-a-million-dollar difference in revenues.

If Woodlynne were to sever its relationship with Collingswood, that shortfall would obligate CHS to cut an equivalent dollar amount in staff and programs, displacing teachers according to seniority and with disregard for their specialties, Oswald said. 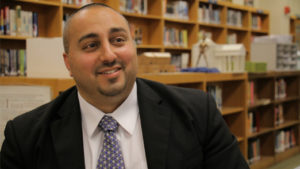 On Thursday, Tarchichi distanced himself from McCulley’s remarks about Woodlynne students not being valued in the Collingswood school district.

He said his intention is to discover a modified version of the send-receive agreement that would allow Woodlynne students to choose whether to attend Pennsauken or Collingswood high schools.

“Dr. McCulley should not have said what he said,” Tarchichi said. “I would try to work with Dr. Oswald so the students who are interested in staying in the Collingswood system can. The students who want to go to Pennsauken would be able to go to our programs.”

Tarchichi said he believes in the value of the Collingswood school district, but also thinks Pennsauken can offer a variety of options to students “through sheer size” without needing to add extra staff. Pennsauken is already poised to expand its career and technical education (CTE) programs, which will afford students the opportunity to test for certifications in vocational areas like carpentry, automotive repair, childcare, culinary arts, and cosmetology.

Under Tarchichi, Pennsauken also is expanding its dual-credit academy programs that would allow students to qualify for college credits along degreed tracks in six subject areas like business, health, and performing arts, provided they complete the coursework and pass placement tests. Both strategies are already in the works regardless of whether Woodlynne aligns with Pennsauken, Tarchichi said.

“We would not need any new teachers,” he said. “Bringing 183 students in a high school our size would put maybe two or three new students in a classroom. This is so Woodlynne can take advantage of these CTE programs.

“When vocational programs and academy programs are offered inside of a school like Pennsauken, students can leave ready for the workforce with college credit,” Tarchichi said. “That should be the wave in education: to minimize costs.”