The Collingswood Board of Education voted 8-2 to advance its athletic facilities renovation plans to a spring referendum.

The Collingswood athletic facilities proposal that will head to a spring 2018 vote. Credit: Collingswood Board of Education.

This spring, Collingswood taxpayers will decide whether to spend some $13 million on a 20-year bond to renovate their high school athletics facilities.

The borough school board voted Monday to send the project to a March 13, 2018 special election.

The borough would bond $13.044 million of the $13.7-million project, according to Collingswood Superintendent of Schools Scott Oswald, resulting in an estimated $192 annual tax increase for a home assessed at the borough median ($229,150) for the next 20 years.

Board members Jason Waugh and Clinton Connor were the only dissenters in an 8-2 majority decision; neither could the two find support for tabling the project for further discussion.

Board President Jim Hatzell said putting the measure to a public referendum “is an extremely pure process.

Although some voters will balk at the cost, “the board has studied this,” Hatzell said. 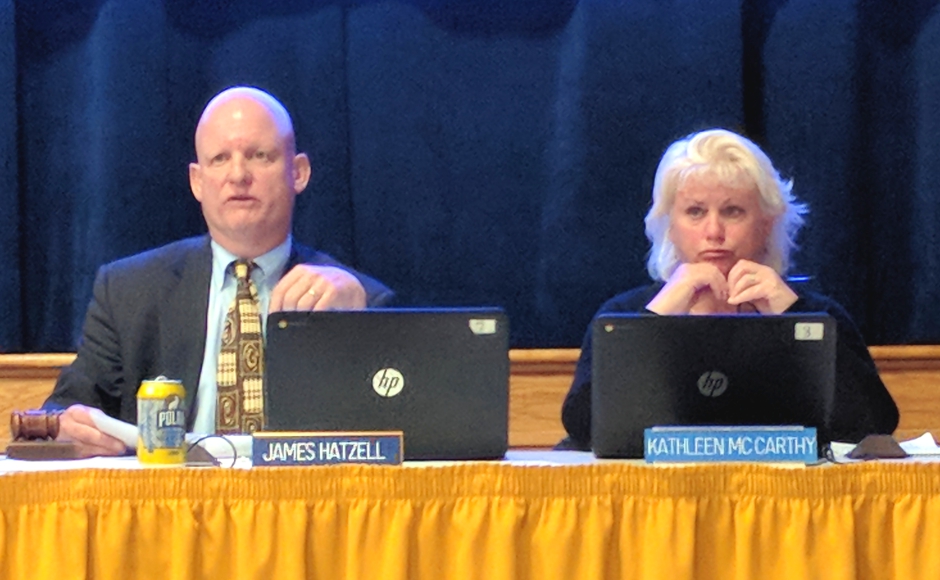 “We’ve gotten input from all the stakeholders involved,” he said.

“We’ve come up with a plan that is really good and that we think addresses those needs.”

Connor said the board should research additional fundraising, grantwriting, and cost-sharing options before turning the project over to voters.

“Not every option has been exhausted,” he said.

“I feel like there’s lots of things we haven’t explored at all.”

Waugh asked the board to table the issue for more time to research “any unanswered questions we have going forward.” He fretted that the body didn’t have an alternative to the $13-million proposal.

“I don’t think we have a backup plan,” Waugh said. “So what happens if this doesn’t pass?”

The cost of the project was the chief complaint among objectors who spoke at the meeting. Several residents urged the board to put a few options on the ballot so voters could choose from among them. 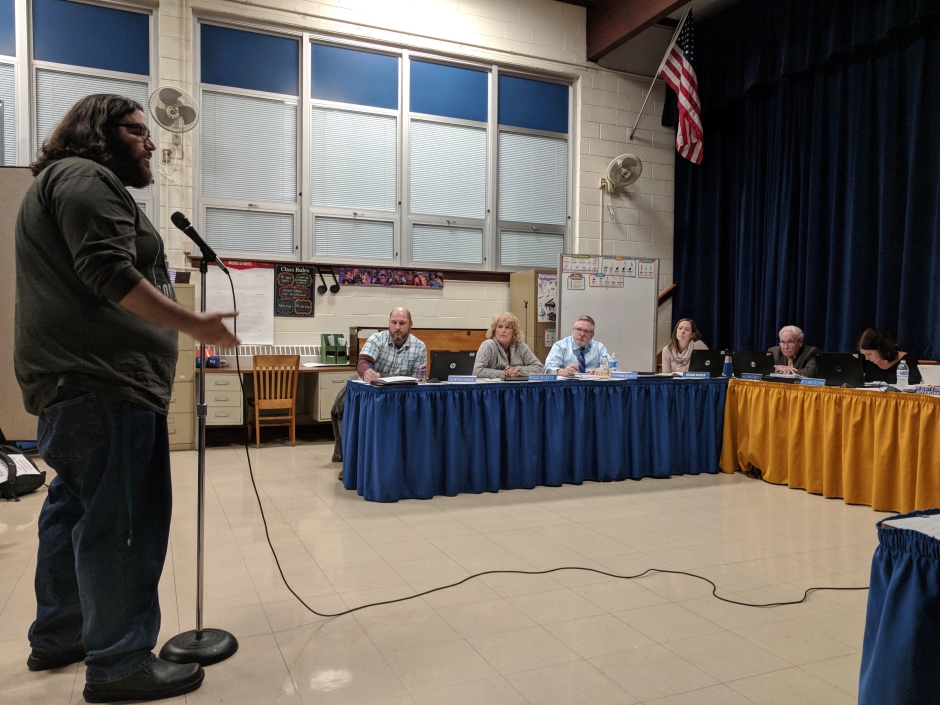 Wayne Rossi said a multiple-choice ballot would insulate the community from the costs of a failed referendum.

Sue Verzella asked the body to break up the renovations into a series of smaller, “prioritized” bond issues.

Lisa Cicciarelli worried about the overall financial health of the community if the project passes.

“Looking long-term at a $192 average [annual]increase in my taxes is already a setback for my family,” she said.

“I’d like you to consider the impact on other families who’d like to give their children the most financial opportunities that they can.”

Former school board members David Routzahn and Tim Farrow took the microphone to defend a project they’d both spent time developing during their terms, which ended in 2016.

Routzahn chastised the members of the public who alleged the plans had been “done in the dark,” but also urged the board to account for their criticisms of the project.

“There’s been a number of very valid questions that have been brought up tonight,” he said. “I think you as a board need to address all of them. Putting this off any further, though, is not a solution.”

The large-scale stadium project “was modeled to be a 20- to 25-year solution” and not a bare-bones fix, Routzahn said. Deferring the work has exposed the community to opportunity costs, as interest rates have increased three times since the board began its discussions, he said.

Residents discuss a proposed stadium project at the Collingswood Board of Education meeting. Credit: Matt Skoufalos.

“If you truly believe that it’s going to be voted down, just scrap it,” Routzahn told the board.

“Go back, do the repairs that are necessary, and if everybody in town wants to deal with the future five years from now, that’s on them.”

After the meeting, Hatzell said he wasn’t aware whether the board could construct a referendum with multiple project choices, or whether it would opt to do so.

“That’s not been something that I’ve known exists,” he said. “If it did exist, I don’t know that I’d want that anyway. We developed this fulfilling the most needs possible. If it doesn’t pass, we’d have to figure out what to do at that point.”

The board president said he is amenable to the idea of a civic oversight committee for the project, should it pass the public vote, similar to what was offered to Haddonfield taxpayers during their facilities referendum. The coming months will be devoted to educating voters about specifics of the plan.

“We have a project that we want to send out to the public to vote, and the next step is we’re going to have a presentation for each part of it,” Hatzell said. “The taxpayers will be presented with options in the spring.”