Dave Murray and Walt Gouldsbury’s from-scratch eatery will move into the former Goodbeet location in Bordentown, as the vegan restaurant focuses on its Westmont storefront and wholesale business. 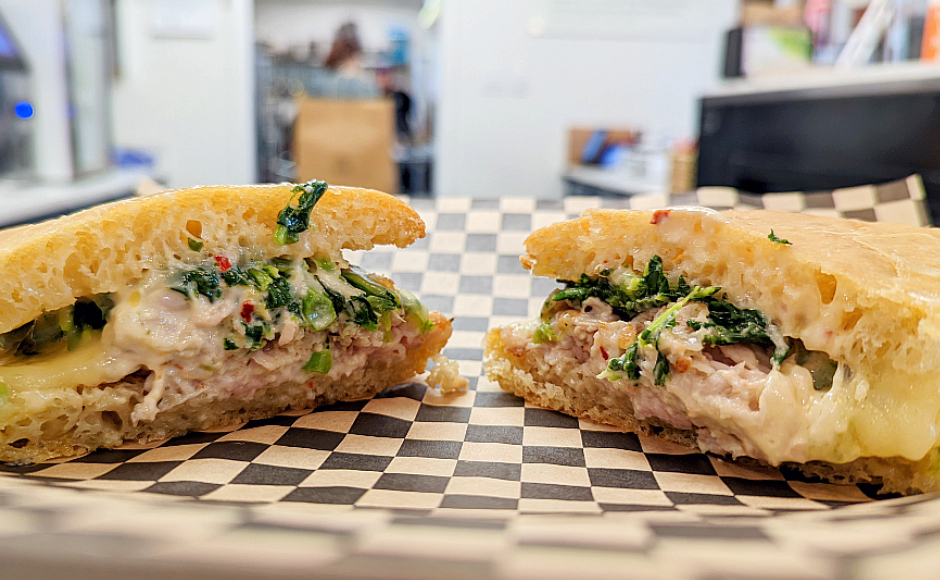 Now they’ll have the opportunity to test that theory, as Crumb plans two satellite locations, one in Bordentown and another in Medford, for later this year.

In Bordentown, the business will take over the former Goodbeet vegan storefront at 1-and-a-half Crosswicks Street.

Each lies within about a half-hour drive of the Haddonfield location at 43 King’s Highway East. Most importantly, Murray said he and Gouldsbury will work to deliver a consistent experience across each of its locations without cannibalizing any of them.

“Our thought process is that if you got a Nicky Santoro [chicken cutlet sandwich] there, it’s going to be exactly the same as it is here,” he said.

“Seeing how positive the response has been in Haddonfield gives us confidence [to grow],” Murray said. “We’re having fun doing what we’re doing.” 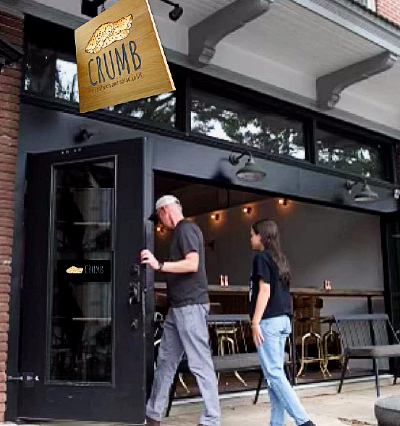 Mock-up of the planned Crumb location in Bordentown. Credit: Crumb.

“We feel we have a great product that we should share with other markets,” Gouldsbury added.

“We can replicate this and keep the same standards of high quality; I think it’s a good next step.

“We’ve got to strike while the opportunity presents itself,” he said.

Murray said the Crumb Medford location is still in the conceptual phase, but that the restaurant space in Bordentown will be ready to go for a planned May 1 opening.

It features a fully outfitted, 1,400-square-foot kitchen generous enough for expanded menu offerings, like burgers and fries, as well as a commissary space for batch baking.

Gouldsbury said it’s big enough to possibly incorporate a derivation of his pop-up dessert business, The Custard Cart, as well.

“Other than painting, it’s like we hired an interior designer and they were in our heads,” Murray said. “It’s such a perfect fit for us.”

For Goodbeet owner Ashley Coyne, handing off the Bordentown location to Crumb, and shuttering her Ocean City storefront, will allow her to refocus the business on her Westmont shop.

Coyne said business in Haddon Township is robust, particularly since Goodbeet expanded into its vegan ice cream parlor in 2020. She’s also working to position its menu items for wholesale, including its popular vegan meatballs.

“Six months ago I wanted to open all the stores,” Coyne said; “I was looking at places in Florida, New York. I was ready, and the industry’s just changed so much.” 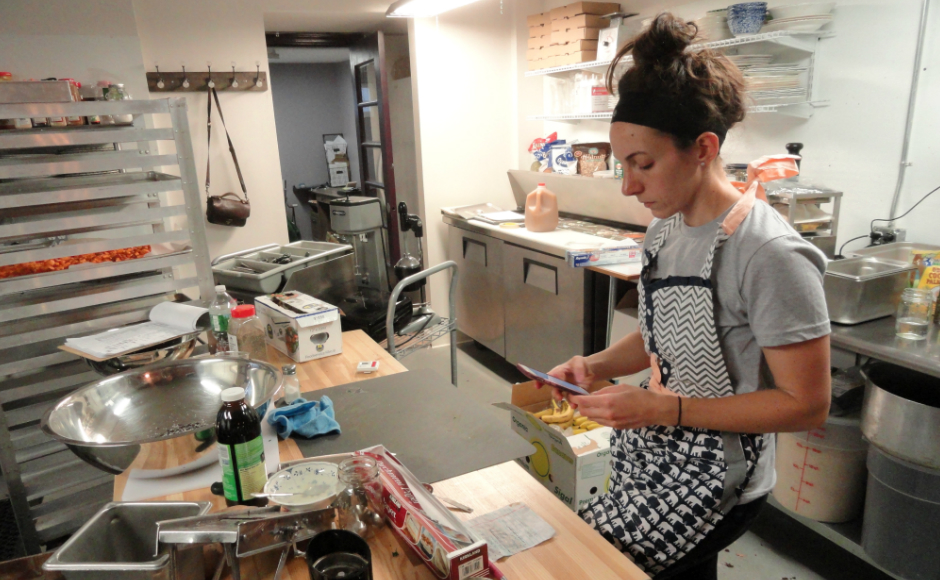 Like many other food-based businesses, Coyne said she’s struggled to find full-time staff during the novel coronavirus (COVID-19) pandemic.

After splitting duties among baking, line cooking, and operations at multiple locations, she believes consolidating her efforts in Haddon Township, which has thrived since its opening in 2015, is best for the business.

“This is a solid location, and we’ve got a good thing going. We’re just excited to move forward and really focus on the wholesale [operation].”

Coyne said she’s happy that Murray and Gouldsbury will follow her in Bordentown. The three are in talks to explore bringing Goodbeet vegan meatballs there, the better to create continuity for its customers.