The father of slain Haddon Township toddler Brendan Creato accepted a plea deal in the crime. He will serve at least eight-and-a-half years in New Jersey state prison for first-degree aggravated manslaughter. 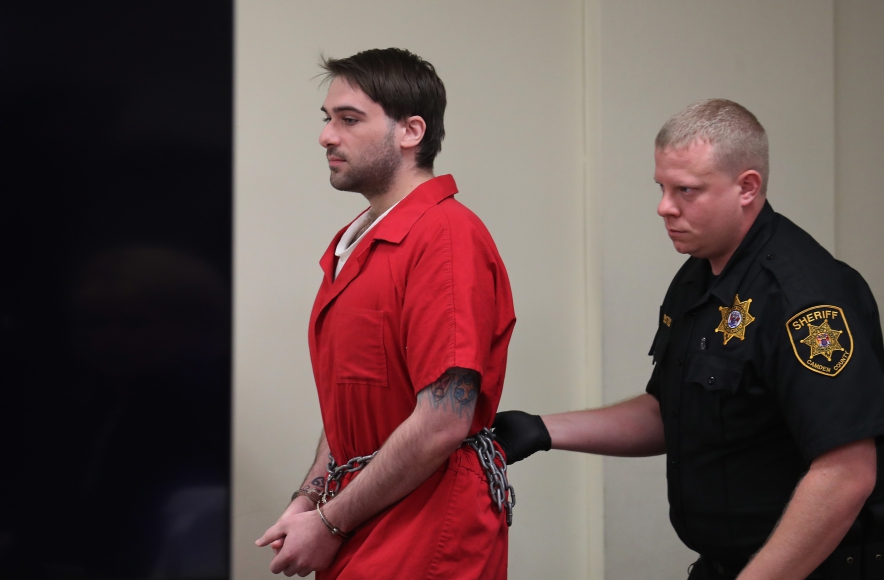 David “DJ” Creato, Jr. offered no comment Friday as he was sentenced to 10 years in prison for aggravated manslaughter in the death of his three-year-old son, Brendan Creato.

Appearing in a red jumpsuit cinched at the waist by chains, Creato, Jr. was outwardly expressionless as a 20-minute slideshow of his son, Brendan, rolled.

They showed the boy at play, with family, and as a baby.

The number of photos belied the fact that the child was only three when he was killed.

Camden County Assistant Prosecutor Christine Shah made mention of the “extreme youth” of the victim as a factor in his vulnerability.

“He’s a baby, really, and he was still sleeping in a pull-up at night,” Shah said in the sentencing hearing.

Shah scourged Creato, Jr. for a litany of behaviors that provoked community outrage, including hiding his son’s body, lying to police about it, and standing by while his neighbors conducted a search for the boy. She argued that the 10-year sentence was needed to deter others from violating the law.

“There is no crime more serious than a homicide,” Shah said. “The tragedy of the loss of that life is exponentially compounded when the victim is a child.

“Brendan Creato had the right to be safe in his own home, in his own bed,” she said, adding that to die at the hands of his parent is “incomprehensible. 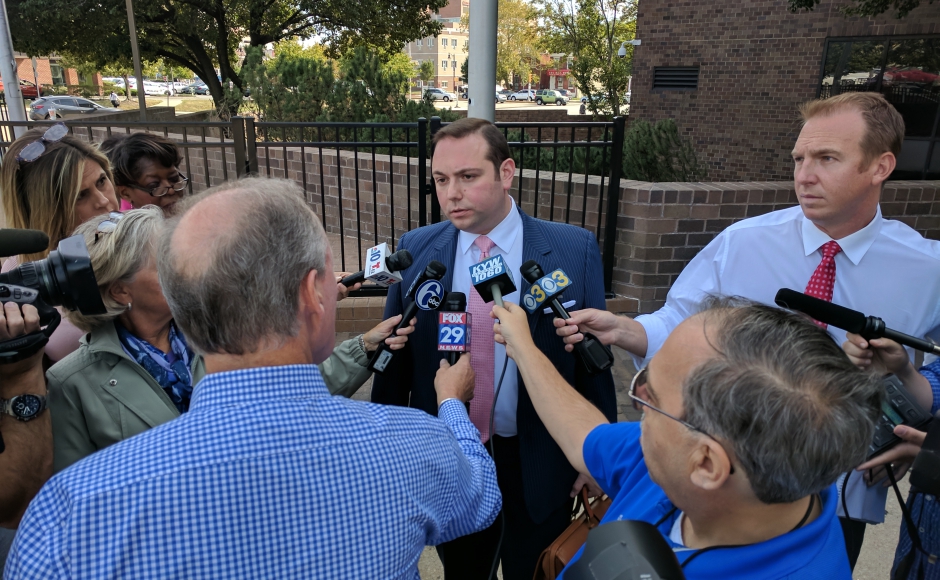 Creato, Jr.’s defense attorney, Richard J. Fuschino, who argued the case to a mistrial, asked that his client be allowed to serve out his time at South Woods State Prison in Bridgeton.

Judge John T. Kelley said he had “no problem making that recommendation,” but that Creato, Jr.’s housing will ultimately be determined by the Department of Corrections.

Creato, Jr. has been in the custody of the state since Jan 11, 2015, and Kelley accepted Fuschino’s request that those 627 days be applied to the eight-and-a-half years in prison Creato, Jr. must serve before he is parole-eligible.

The judge also agreed with Shah’s assessment of the aggravating factors in passing the 10-year sentence.

“The plea agreement appears to be fair and in the interests of justice,” Kelley said.

Upon release, Creato, Jr. will be supervised “as if on parole” for 5 more years, with fines and DNA samples to be collected, Kelley said. He has a 45-day window to appeal the sentence.

Creato, Jr. was led from the courtroom, which cleared soon after.

Flanked by an array of prosecutor’s office staff and trailed by news cameras, Shah led the Denoto family, Creato’s maternal relatives, out of the courthouse and down the block without comment.