Brian F. McBride, who faces assault charges from an incident at Cup of Bliss Coffee, is seeking access to the Facebook activity logs of Collingswood Mayor Jim Maley and Police Chief Kevin Carey, along with lists of users they’ve blocked.

The husband of a former Collingswood business owner** is suing the borough government over access to the Facebook activity logs and lists of users blocked by Collingswood Mayor Jim Maley and Police Chief Kevin Carey.

On August 22, 2020, Brian F. McBride, whose wife, Deborah Blissick, operated Cup of Bliss Coffee Company in Collingswood from 2018 to 2020, filed a civil suit alleging that the borough government is violating the New Jersey Open Public Records Act (OPRA) for its failure to turn over Maley’s and Carey’s Facebook records.

Borough Clerk Holly Mannel was also named in the suit.

The filing argues that Maley’s Facebook activity records should be made available through a public records request because the mayor “routinely uses [Facebook]  to conduct official business on behalf of the Borough of Collingswood.”

“A cursory review of Mayor Maley’s Facebook account demonstrates that it overwhelmingly contains updates, alerts, and explanations about things happening in Collingswood and affecting Collingswood residents,” the suit alleges.

It claims that borough residents “fully understand that the Facebook account is a way to interact with their mayor,” citing posts in which they tag Maley in “questions about government services, to criticize actions taken by the Borough, or to alert him to hazards within the Borough,” and noting that “Mayor Maley often responds to these comments and interacts with residents.”

“A review of Mayor Maley’s Facebook account shows he posts so seldomly about non-Borough business that when he does do so he announces it as ‘a personal moment’ or ‘a bit of personal news’ because such posts are a very rare departure from official government business,” the suit alleges.

According to McBride’s attorney, C.J. Griffin, a partner in the Hackensack firm of Pashman Stein Walder Hayden, PC, government officials who embrace best practices for social media ought to maintain separate accounts for personal communication and for government communication. Griffin reasoned that blocking users on social media can constitute a violation of their First Amendment rights. 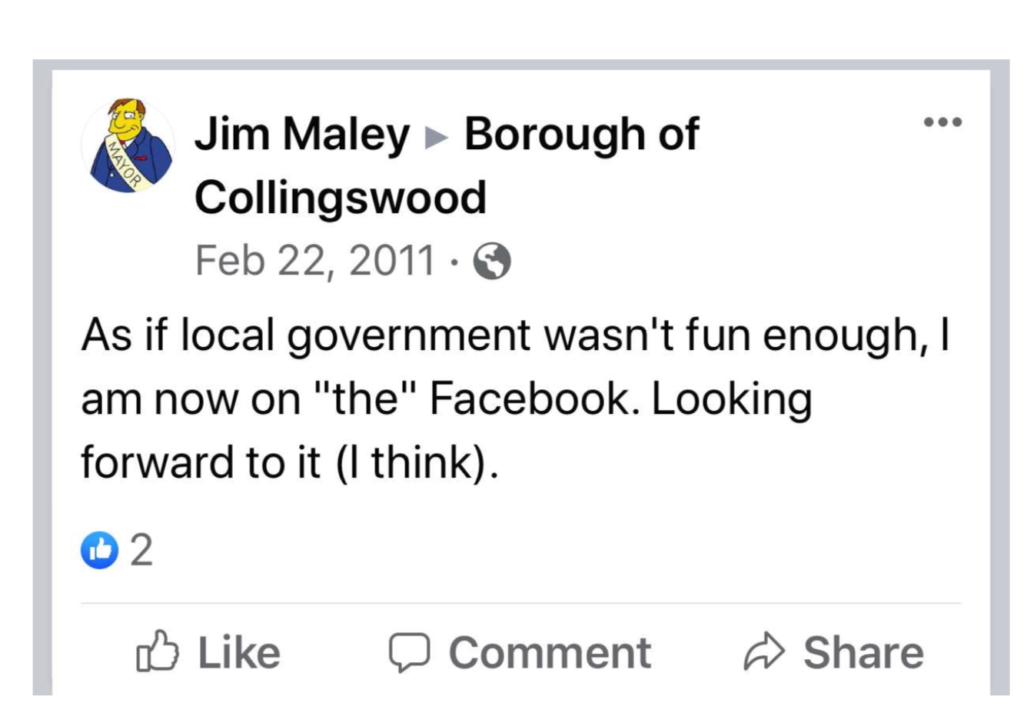 “To me, it’s a pretty straightforward application of OPRA, which says electronic records are subject to access,” Griffin.

“The fact that it’s data on Facebook doesn’t matter,” she said.

“Just because a public official or employee is using Facebook that the clerk doesn’t have access to, it doesn’t mean it’s not subject to OPRA.”

Griffin said that it’s important for public officials to maintain a social media presence because their constituents want to interact with them there.

“But then they have to comply with the rules of the road,” she said. “What you’re doing [on Facebook]. is subject to OPRA, state governance rules, and the First Amendment.”

To support its claims, the suit presents dozens of posts from Maley’s Facebook account that were subsequently shared by the Borough of Collingswood Facebook page. Griffin also believes there’s legal precedent for the request. She cited a 2020 U.S. Second District Court ruling that prohibited Donald Trump from blocking Twitter users who commented on tweets from his personal account because he used it for government business.

“If you’re using this account to do both business and pleasure, and you blocked people based on a viewpoint, you violated the First Amendment when you did it, even though it was a personal account he’s had since whenever he opened it,” Griffin said.

Judge Deborah Silverman Katz hasn’t yet ruled in the case. On April 26, Silverman Katz ordered the defendants to produce a list of redactions made to Maley’s activity log, any blocked user list, and to disclose 10 specific posts from 2018 through 2020 that had been previously redacted. However, the court hasn’t yet ruled whether those orders were subject to OPRA.

Based on those orders, Griffin is arguing that she’s prevailed in the case, and on May 21, filed a motion to collect $23,157.04 in attorney’s fees and filling fees. Griffin worked on a contingency basis, meaning she will only be paid if she prevails. 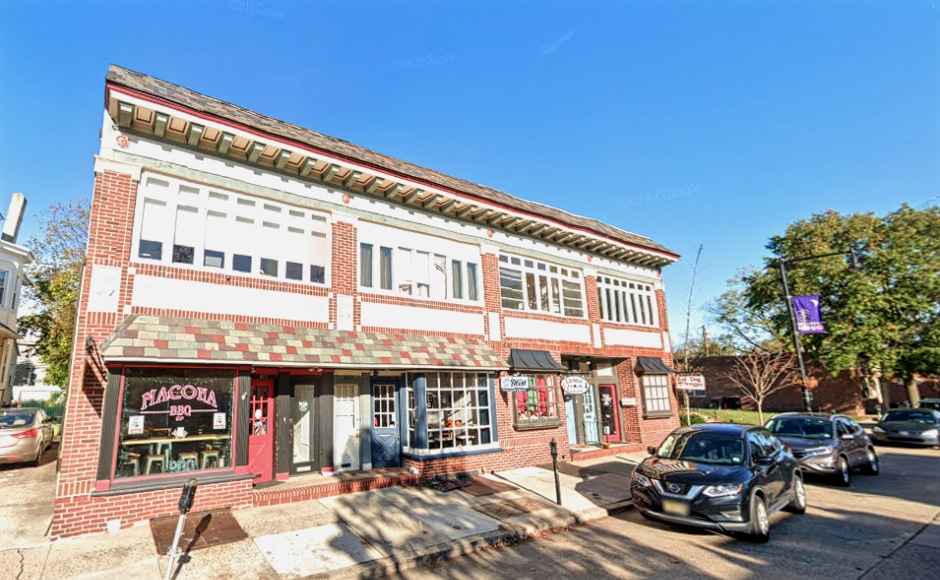 ‘We’ve been dealing with this since the Macona incident’

However, Maley argues that the suit is little more than a fishing expedition to draw fire away from McBride’s criminal charges stemming from an August 3, 2020 incident in which he allegedly attacked a chef at a neighboring business with a shovel.

“We don’t think they’re looking for anything specific,” the mayor said.

“They’re simply trying to find words somewhere, at some time, that make me look bad.”

In addition to the lawsuit, McBride has filed multiple OPRA requests with Mannel regarding the borough government and police department.

On September 11, 2020, McBride requested an e-mail log for Maley, Carey, Collingswood Parking Enforcement Officer Kevin Dugan, and Collingswood Zoning Board Solicitor Tim Search. He later narrowed his search to only those communications containing the terms “parking” or “bliss” or “Leher” or “Bernardo” or “Reuss” or “579” or “583,” which bespeak the ongoing conflicts neighbors had with McBride over various issues while he operated the coffee shop in the borough.

On January 10, 2021, McBride requested access to four years’ worth of municipal employee e-mails to determine whether they contained any of an extensive list of offensive terms. That request was later narrowed to Collingswood police, fire, and public works staffers.

When the borough responded that doing so would require a special service charge to perform the records search involved, McBride withdrew that request and instead asked for “a roster of all sworn law enforcement officers employed by the Borough of Collingswood during the period of August 2017-present.”

In February 2021, McBride requested a list of “directives, policies, orders and/or training documents… for when a uniformed police officer can sign a complaint versus when the officer should instruct the complainant to sign a citizen-issued complaint.”

An early version of his OPRA request for Maley’s and Carey’s Facebook activity also asked that copies of the results be sent to Camden County Prosecutor’s Office (CCPO) Sergeant Michael Rhoads, and that McBride be granted “an in-person inspection” at the office of Assistant Camden County Prosecutor Lesley Sokol, who investigates official misconduct crimes. 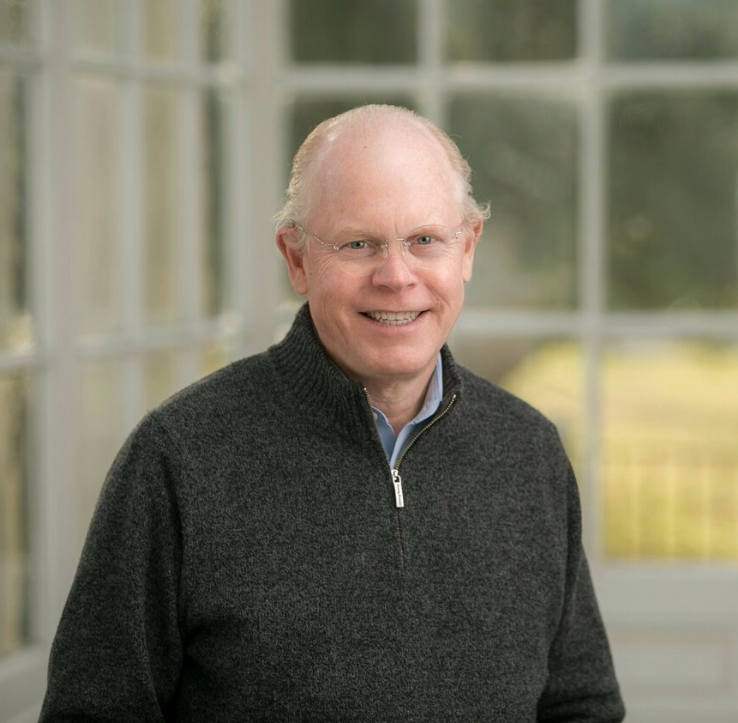 Mannel responded in writing that none of those requests could be honored because Rhoads and Sokol did not make them.

Maley said that McBride also filed official misconduct criminal charges against him with the CCPO, which were dismissed.

“It’s a waste of borough resources, my time, legal fees,” the mayor said; “it takes time from the borough staff to respond to this stuff.

“It’s a shame that it’s come to this, but this is what we’ve been dealing with since the Macona incident,” he said.

Maley, who is also a practicing attorney in the area of land use law, said he believes he’s produced everything requested by McBride, save his activity log.

In a response to the suit, Collingswood solicitor Joseph Nardi of the Haddon Township firm Brown & Connery, LLP, argued that the log is not a government record.

“If Mr. McBride was under the impression that Mr. Maley’s Facebook Account was a government record and/or contained government records, his OPRA request should have been limited in scope for information that specifically relates to Mr. Maley’s official business as the Mayor of the Borough, not the entire Facebook Activity Log,” the response read.

“A Facebook Activity Log contains extensive personal information of the user that, if made available to the public, would violate an individual user’s reasonable expectation of privacy,” it continued.

“No public purpose is served by requiring such disclosure,” the response noted. “Significantly, if it could be reasonably argued that any information contained in an activity log could be identified as ‘official business,’ it already is accessible on Mr. Maley’s public Facebook Profile.”

The response also posited that Maley’s “readily available public posts” fulfil the extent of his use of Facebook in any governmental sense, and that “his private information should not be subject to public scrutiny.”

Nardi also argued that Maley’s roles as a government official do not include his Facebook activity, and that McBride’s OPRA request “should have been limited in scope for information that specifically relates to Mr. Maley’s official business as the Mayor of the Borough, not the entire Facebook Activity Log.”

“Under OPRA, that’s what you can get: a government record,” Maley said. “On Facebook, that makes no sense. In my personal account, that’s where I’ll go do my surreptitious government Facebook-looking? It’s just ludicrous.”

If Silverman Katz does rule in McBride’s favor, the cost of his legal fees would be borne by the borough, Maley said.

“We’ll have to wait and see what the judge’s decision is,” he said.

**An earlier draft of this story identified Brian McBride as an owner of Cup of Bliss Coffee Company, which operated in Collingswood until December 2020. McBride maintains that he has no ownership stake in the business, which is operated by his wife, Deborah Blissick.