Trending
You are at:Home»Police & Fire»Haddon Township»Judge Dismisses One DJ Creato Appeal, Continues Hearing on Another June 2

Judge John T. Kelley did not find that the county medical examiner acted improperly in his handling of Brendan Creato’s body, but continued a motion that his father, David ‘DJ’ Creato, was improperly Mirandized.

Objections by a defense attorney for David “DJ” Creato, Jr. that the county medical examiner acted improperly in clearing the scene where the body of his three-year-old son was found were dismissed by a Camden County Superior Court Judge during a preliminary hearing in Creato, Jr.’s homicide trial Monday.

Creato, Jr. stands accused of first-degree murder and second-degree endangering the welfare of a child in the death of his son, Brendan Creato, whose body was discovered in a wooded area of Cooper River Park October 14.

Creato, Jr.’s attorney, Richard Fuschino, moved to dismiss the case, arguing that his client had been deprived of “a fundamentally fair grand jury process,” and that Camden County Medical Examiner Dr. Gerald Feigin misled the grand jury in his testimony by implying that he had investigated the crime scene “either contemporaneously or close in time to when the body was discovered.

“The truth of the matter was it’s like the weekend after,” Fuschino said. “At that point, the scene’s completely contaminated.”

Fuschino also argued that Feigin told the grand jury that the importance of the time of death in medical findings is “a television trope; that it’s a plot device for murder mysteries.

“Had [Feigin] gone and done the investigation that the law requires him to do, he could have come up with a time of death,” Fuschino said. “Instead of the police taking the body from the scene, the medical examiner could have done it, and that didn’t happen.”

Fuschino went on to paint Feigin as “a disgrace” with “a failure past,” and argued that the victim “deserved better than he got from the medical examiner’s office.”

“The fact that [Feigin] tells the grand jury that he did this job is the opposite of giving a fair shake to the accused in a grand jury process,” Fuschino said. “It is in every way substantially unfair to the accused.”

‘There’s only certain ways a person can die’

Camden County Prosecutor Christine Shah countered that the grand jury had received enough evidence upon which to base its decision in jury proceedings that were almost three hours long.

Shah said that Feigin did not mislead or attempt to mislead the jury by declaring that the toddler’s death was of undetermined causes.

“Homicide of undetermined etiology happens in all kinds of circumstances,” Shah said. “We had a three-year-old, little boy laying face down in the water, wearing perfectly clean socks, still in his pajamas with no sign of injury.

Shah said that Feigin “followed the letter of the law,” noting that amendments to the state medical examiner’s laws require investigators from the prosecutor’s office to gather evidence at the scene, as they did in their treatment of this case.

“There was not a single thing that Dr. Feigin did wrong,” Shah said. “One of the things that a medical examiner has to do is look at what the investigation shows when they look at the case. In this case, I don’t think you need to be an expert to look at a little boy with perfectly clean socks and know that he did not get [to the crime scene]under his own power.”

Shah also argued that even if Feigin had done what Fuschino alleged, it wouldn’t be sufficient to overturn the indictment.

Camden County Superior Court Judge John T. Kelley agreed, saying that case law shows a grand jury indictment should only be dismissed where it is “palpably defective” or hinges on a prosecutor misleading a grand jury or presenting evidence “tantamount to a half-truth.

“Quantity and quality of evidence does not need to be substantial as long as there is some evidence pertaining to each element of the prima facie case,” Kelley said. “Contrary to the argument made by defense counsel, I did not see anywhere in there where Feigin misled the jury.”

Kelley decided to continue a second argument by Fuschino—that Creato, Jr. had not been properly read his rights before agreeing to a consent to search his apartment—until June 2.

Shah countered that Creato, Jr. was read his rights at 6:05 p.m. October 14, and that he had been “completely cooperative all day long.

“He continued to encourage police officers to look into his phone until he left at 9:00 that night,” Shah said.

Kelley asked for more time to review the transcript of Creato, Jr.’s interrogation, but said that he anticipates the case will be listed for trial after the conclusion of the June 2 hearing. 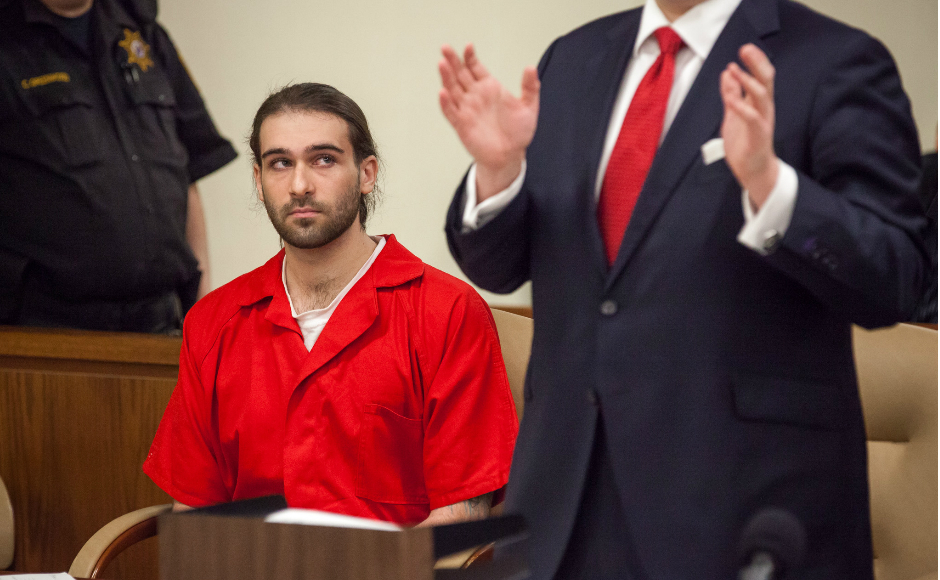 Creato, Jr. ‘adamant about his innocence”

After the proceedings concluded, Fuschino was asked whether he believed Kelley’s video review would be sufficient to uphold his claim that Creato was improperly notified of his rights during the investigation.

The attorney maintained that his client “never says anything inculpatory” during the procedure, adding that even if Kelley were to agree, the trial could still occur.

Fuschino also pointed out that Creato, Jr. did not ask for an attorney to represent him during the investigation, and initially declined his own offer of representation during the interrogation process.

“Since the day [Creato, Jr.] spoke to police, he has been adamant about his innocence,” Fuschino said.

Creato, Jr. remains in protective custody in the Camden County Jail, with limited access to his family and attorney, Fuschino said. He described his client as “seem[ing]to get by all right given the horrific circumstances.”

“It always amazes me how people persevere,” Fuschino said.

Also on-hand, David Creato, the defendant’s father, would only comment that he continues to support his son.