Governor Phil Murphy says the program will prioritize volunteer companies with $75,000 maximum awards for equipment purchases. Local chiefs say they’ll take all the help they can get. 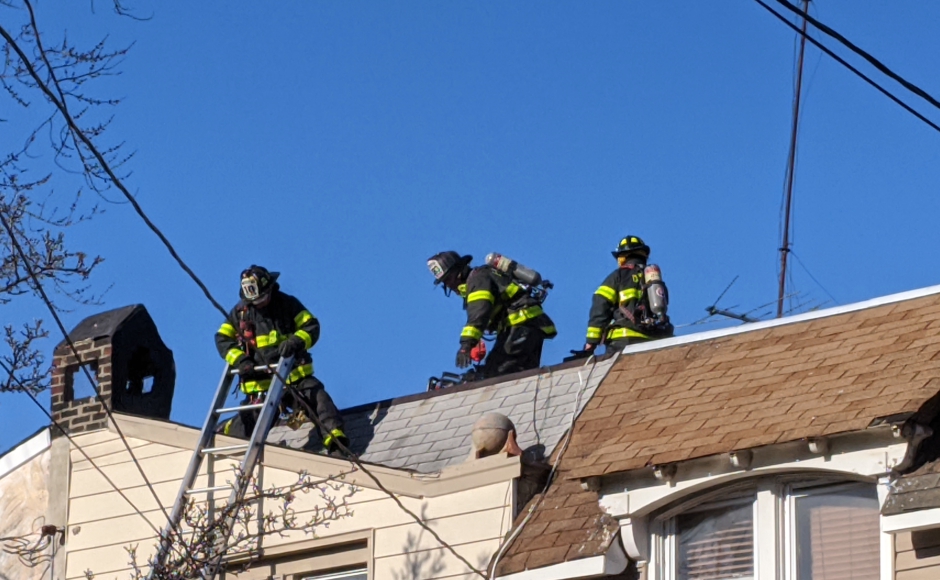 Firefighters on the roofs of homes on Bellevue Terrace, Collingswood. Credit: Matt Skoufalos.

New Jersey fire departments could soon have the opportunity to bolster their bottom lines with an infusion of federal cash, thanks to a new grant program that will leverage $10 million in American Rescue Plan (ARP) dollars for equipment purchases.

The American Rescue Plan Firefighter Grant Program will disburse a maximum award of $75,000 per department, with priority allocations made to volunteer companies as well as those disproportionately affected by the novel coronavirus (COVID-19) pandemic.

The funds are intended to help cover “an array of high-quality equipment, including personal protective equipment (PPE) and toxic-chemical-free clothing ensembles, helmets, gloves, and boots,” according to a press statement.

The program will be administered by the Division of Local Government Services within the Department of Community Affairs.

Any department would be glad to have the additional capital to bolster its budget, but the impact it can have could be especially meaningful to the smallest among them. According to the Federal Emergency Management Agency (FEMA), there are 718 registered fire departments in New Jersey, and more than three-quarters of them are volunteer-driven. 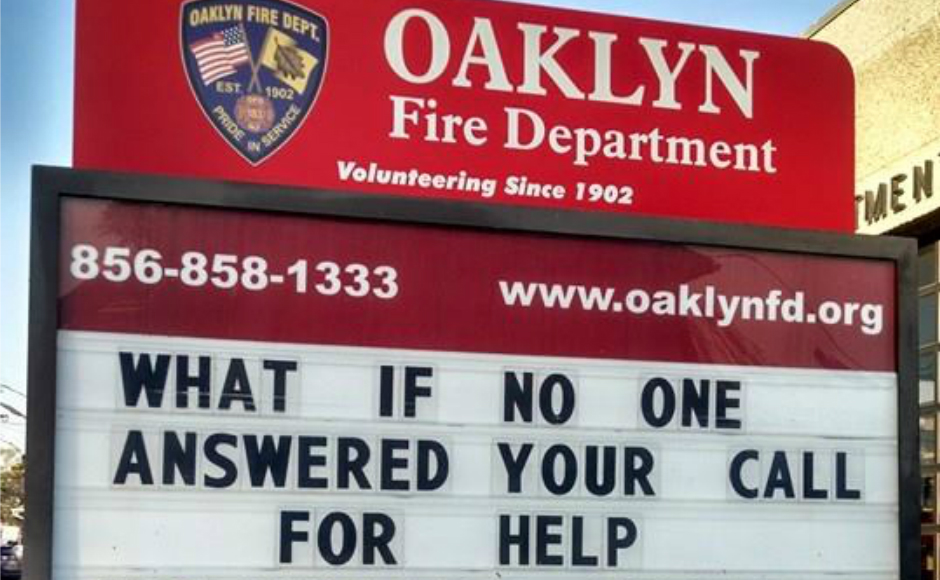 In Oaklyn, where Fire Chief Greg Grudzinksi leads a volunteer department serving a borough 0.7 square-miles in area, a $75,000 grant would eclipse his $60,000 annual operating budget by 25 percent.

“For most of the municipalities around here, getting a grant like that would provide relief,” Grudzinski said.

“We would be able to put that money into other things that we either need or put off.”

In a given year, the Oaklyn Fire Department typically spends most of that money on a few new sets of turnout gear, the protective equipment that firefighters wear. Each must be replaced within a 10-year span, but at $2,500 to $3,000 per set, departments try to stagger their purchases to avoid having to buy more than a few at once.

“For one year at least, it would allow us to focus on specialty projects,” Grudzinski said; “things that it’s assumed we’re expected to do anyway, even if we don’t have the equipment.”

Specialty projects could include equipment used in swift water rescues, which Grudzinski said are increasing in frequency amid the extreme weather brought about by climate change.

“In the past three years, I’ve pulled more people out of flooded cars on roadways that have never flooded before than I have in the past 18 to 20,” he said.

Freeing up capital funds typically used for purchasing equipment could help recruitment efforts, which are critical to sustaining the dwindling ranks of volunteer fire companies that are the backbone of emergency response efforts across the country. 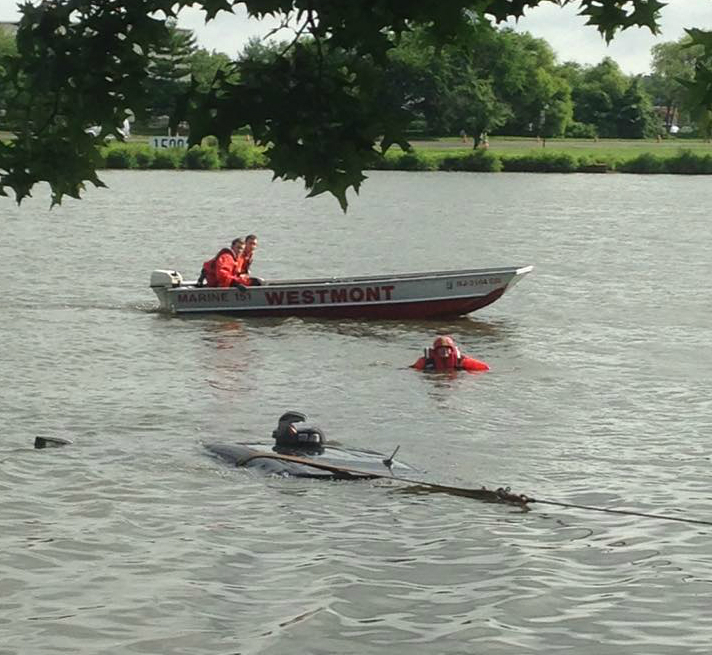 Westmont Firefighters enact a water rescue from a vehicle submerged in Cooper River in 2015. Credit: Angelo and Jacqueline Lother.

A grant award that would support new equipment purchases “would save me hugely on my budget,” Joyce said.

“There’s definitely some gear that could be replaced,” the chief said.

At the same time, Joyce said he agrees with the decision to prioritize the needs of New Jersey volunteer fire companies in the grant awards.

“A lot of companies are just scraping together what they can from fundraisers,” he said. “There’s a couple firehouses in the county that were traditionally very strong volunteer fire companies, and they’re struggling.

“Coming out of the worst pandemic in a century has scared away anybody who was thinking of volunteering,” Joyce said.

Haddon Heights Fire Chief Michael Kinky said his department “will aggressively seek a share of these funds to help bolster the capabilities of our operation.”

During the pandemic, Kinky said firefighters in Haddon Heights handled medical emergencies as well as fire incidents, with some of them sleeping in the firehouse to avoid potentially exposing their families to COVID-19.

Funds that could offset the cost of new equipment or help keep first responders safe during other medical incidents would be welcome.

“Thousands of man-hours were put in from both our volunteers and full-time staff, working hand-in-hand, to always do what is best for our town,” he said.

“I really hope we can get a fair share of funds. We can make them go a long way.”