Trending
You are at:Home»Business»On the Heels of Holtec Spat, ‘Camden Working’ Summit Emphasizes Push to Grow City’s Labor Base

Dozens of local employers, politicians, and service providers gather to discuss how to get the city back to work. 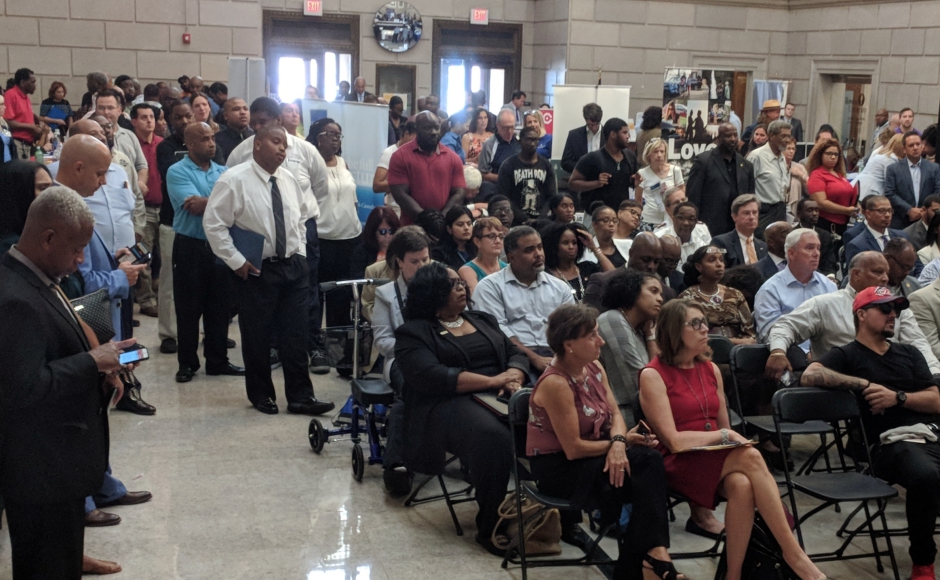 Inside the Rowan University academic building at Fourth and Broadway was as much employment, social service, and academic opportunity as three levels of government could muster inside of a week.

Staffers, students, and livestreaming residents squeezed past one another in the marble interior of the old bank. the sound of their conversations filling the atrium.

From the dais, Camden City Mayor Frank Moran urged them all to seize the moment.

“Everyone that’s in these room should visit every table,” Moran said. “It’s about opportunity.

“It’s about things that we didn’t have seven years ago.”

Seven years ago, those things would not have included the few billion dollars of public and private investment that turned the once-vital port city into a landscape of tax incentives that was at least passingly alluring to Amazon H2.

Last week, however, a broad, public critique of the local labor base from one of its new corporate tenants showed that while the city might have some new money, it hasn’t bought that much respect.

Telling ROI-NJ that Camden residents “weed themselves out” of jobs at his company with their poor work ethic and occasional drug problems, Holtec International CEO Krishna Singh earned a public rebuke from Moran’s administration and a public protest outside his Broadway campus. 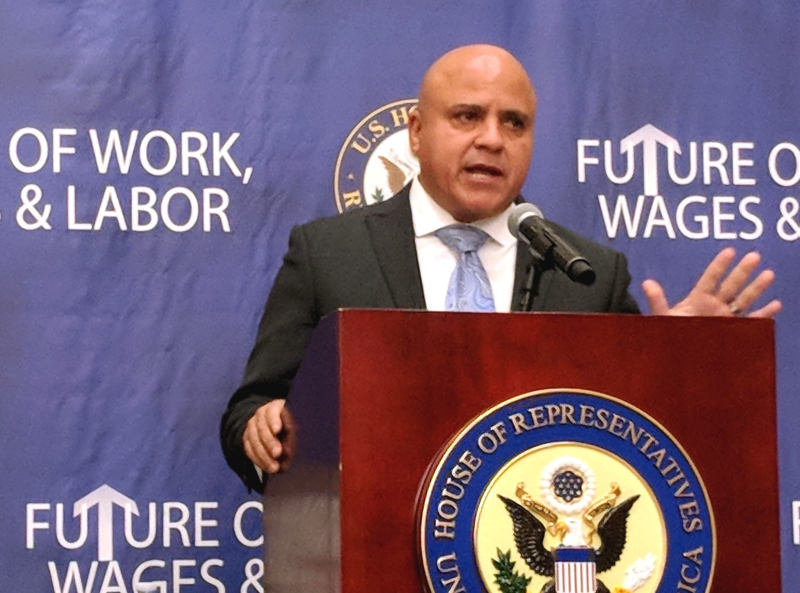 On Friday, Singh issued a written apology in which he still reported “an uphill battle in finding workers in the city.”

As much as he spoke about putting the city to work, the mayor emphasized the importance of its communities working together.

“No one person in this room, or out of this room, in the city, could bring real change more than if we all came together as one,” he said.

Moran also introduced plans for “Camden Works,” an urban employment bureau he plans to roll out in 2019. The program will maintain a repository of resumes and skill-building opportunities for job seekers, funneling workers and students from city charter schools into positions of need at local companies.

If it works, “no corporate leader has an excuse as to why we can’t hire [locals],” Moran said.

“I have what Dr. Singh needs—a city of 77,000—[and]  Dr. Singh has what my city needs: job opportunities,” he said. “It’s my obligation to work collectively.”

Even if Camden Works is successful, Moran knows the program cannot be a panacea for a city battling a nearly 10 percent unemployment rate. Instead, he advocated a holistic approach to making up the shortfall, from education to career training to support services. 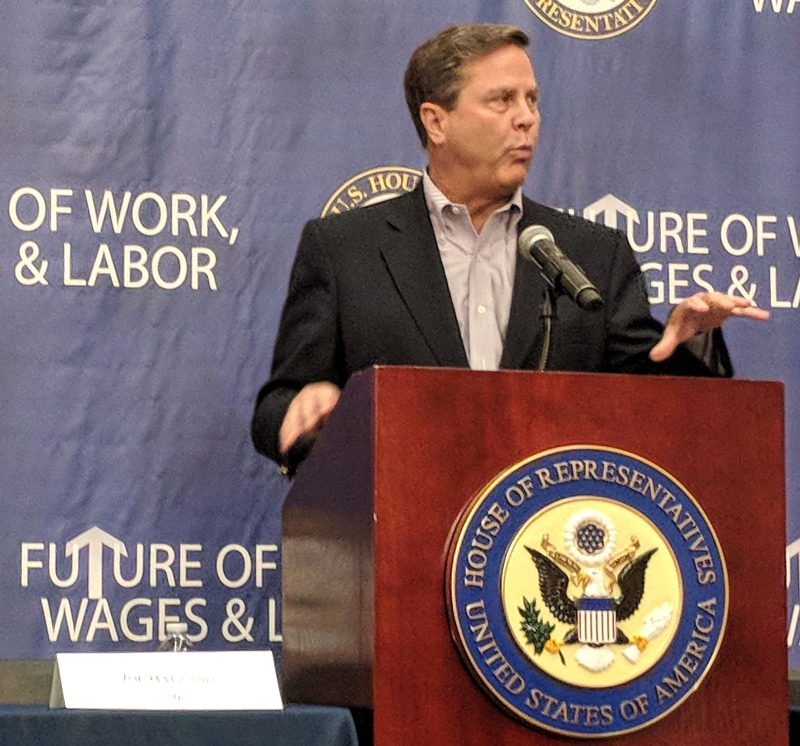 ‘You have to prime the pump’

On the mic, Norcross bemoaned what he described as a nationally lost appetite for skilled trades “because of that stigma that working with your hands and your head is somehow less-than.

“My electrical apprenticeship program used to get 800 applications a year for 40 spots,” Norcross said.

“Now I sit on the [U.S. House of Representatives] education workforce committee, and we get testimony from around the country where those jobs are going unfilled.”

At least one reason is a lack of training. But corporations that receive economic incentives to relocate in Camden don’t have any obligation to devote some of those resources to developing the skills of its residents. That’s one of the holes in the legislation that created the Grow New Jersey program, the congressman said.

“It would’ve been a great idea,” Norcross said. “It’s not in there.”

Grow New Jersey did help attract investments in South Jersey that had traditionally headed to urban centers in the northern part of the state, he said.

“To create opportunities, you have to prime the pump.”

EMR Eastern, LLC has had its pump primed with $148 million in tax incentives, with which the automotive recycler promised to create 285 jobs in Camden and retain another 62, all with a median salary of $52,000. 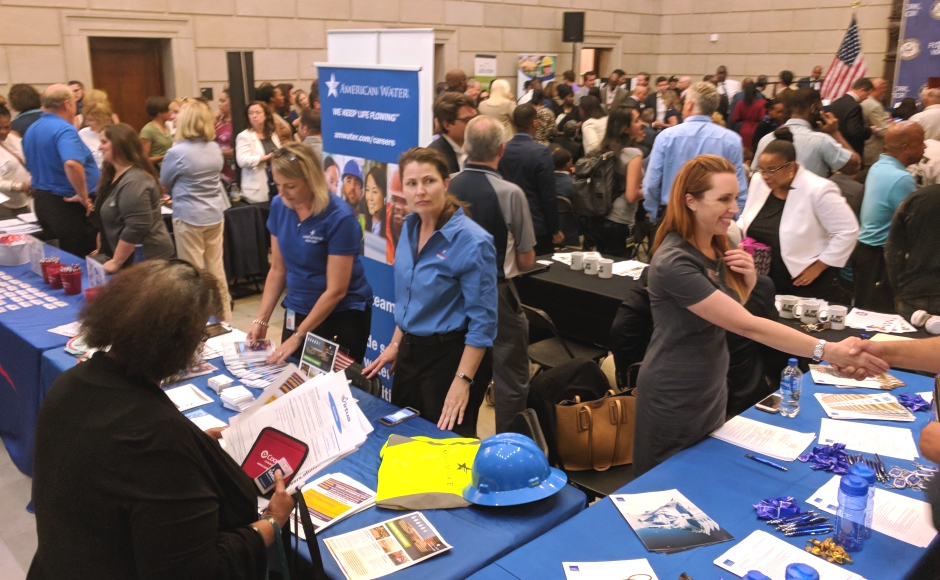 Now CEO Joe Balzano said he’s looking to move EMR national headquarters to the city, where its unskilled labor base is just fine for his purposes.

“We are a very blue-collar industry,” Balzano said.

“We need laborers, all aspects of employment. It’s not something that can be replaced with automation.”

Its unionized workers receive healthcare and pension benefits; to those, the company has been adding financial literacy classes.

“The work we provide is very hard and very rewarding,” he said. “People employed by us have an opportunity to be successful. ”

American Water, which received $164 million in Grow NJ tax incentives to relocate its corporate headquarters to the Camden waterfront, is angling to bring on as many locals as possible, said Ruben Rodriguez, senior director of external communications.

“We built a headquarters in Camden; now Camden is our home,” Rodriguez said. “With that comes a responsibility to be a corporate citizen; to support that community through charitable contributions, volunteerism, and outreach.”

The company is “making a concerted effort to hire Camden employees,” Rodriguez said, having added 55 residents in construction, 11 in contract services, and another two in its New Jersey American Water division.

“It’s part of the way we want to do business in Camden,” he said. “We have the jobs out there. If there is [local]  talent and that talent can be trained, we will take advantage of that talent.” 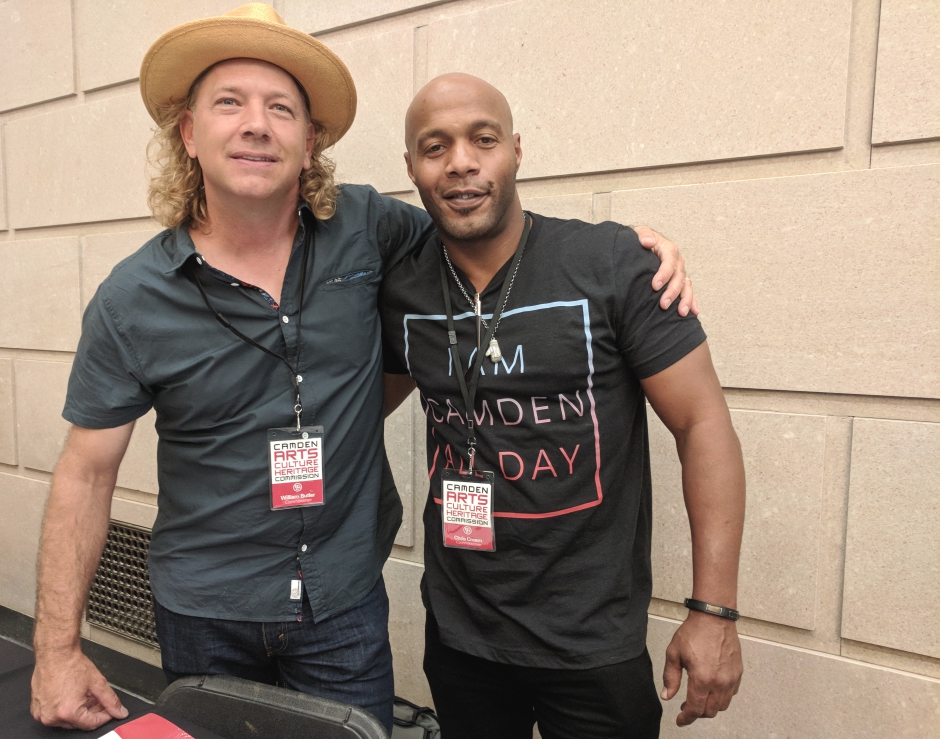 That talent includes Camden resident Chris Cream, a member of Carpenters Local 255, who described himself as “a product of the apprenticeship program.”

Cream, who also serves on the Camden Arts and Cultural Coalition and operates an independent production company, said employers who struggle to draw quality workers in the city “may be going to the wrong places.”

Instead, he suggested that Camden’s new corporations should turn to local small businesses for “recruitment and relationships.

“You can’t come into the community and not make inroads with the community,” Cream said. “It’s nine square-miles. You can walk it without breaking a sweat. If you really do your homework, you can get to know who and what [is here].”

That model has worked for the Jingoli Companies, said former executive Robert Lee, who now works for Hard Rock in community relations and government affairs.

“We go to faith-based organizations and community leaders,” Lee said. “There are hard workers here in the city of Camden. It takes effort to go out and support and look for work and be a part of the community.”

Despite decades of decline, Cooper’s Ferry Partnership President-CEO Kris Kolluri believes Camden has the makings of a viable city: strong education centers, significant public and private investment, millions of annual visitors, and a sizable population base. 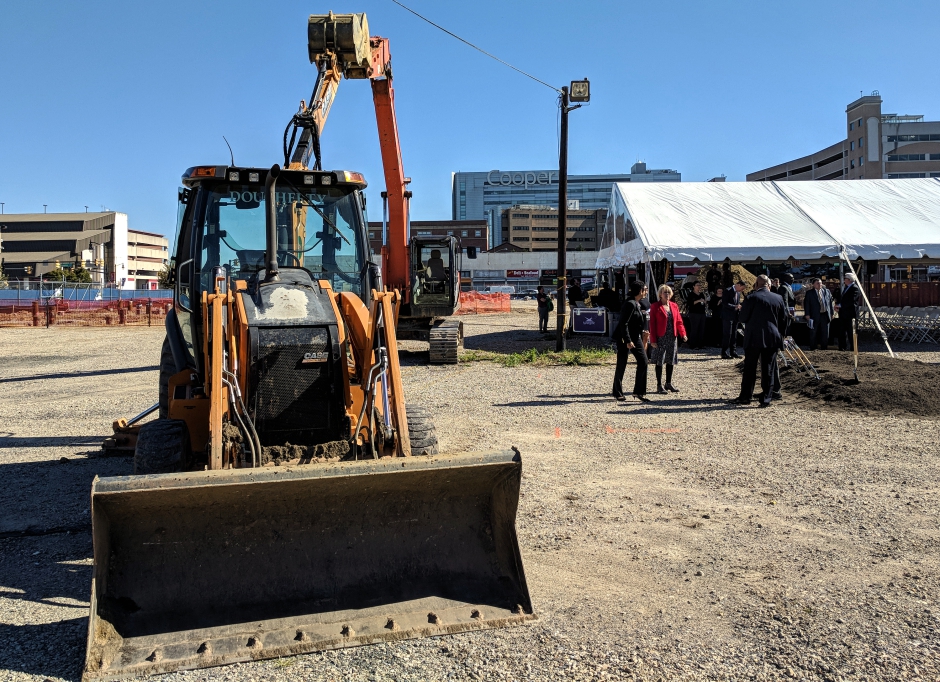 Upon those four pillars, “I think we have a logic model in place for how to grow a city that has a small industrial base,” he said.

“Every marketplace has challenges,” Kolluri said.

“Our obligation is to work with the employers to make sure there’s a pipeline in the works.”

That Camden hasn’t capitalized entirely on those strengths yet is ultimately a byproduct of the disconnect between the city’s new employers and its local talent base, and not some fundamental flaw with their work ethic, he said.

“You don’t get to call a city invincible and say they don’t have grit,” Kolluri said.