An early morning fire at the Parkview apartments in Collingswood brought companies from eight communities to the scene. 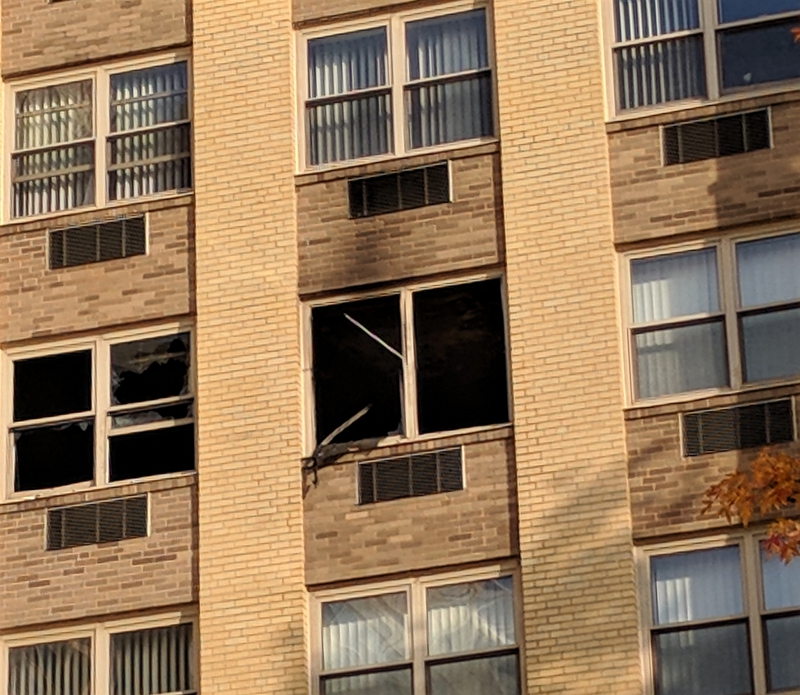 A fire-damaged unit on the sixth floor of the B Building of the Parkview at Collingswood. Credit: Matt Skoufalos.

An apartment fire at the Parkview Collingswood left one family displaced Monday morning, but caused no life-threatening injuries as a result.

The incident was confined to a single unit on the sixth floor of the Parkview B Building, which was evacuated for the better part of an hour while crews extinguished the fire and worked to ventilate the building of heavy smoke.

Crews from the Westmont Fire Company stretched a ladder to the rear of the building while other firefighters worked a hose through the interior. Davis said that police also helped evacuate a person who had been trapped.

The cause of the fire has yet to be determined. It’s the first major incident at the apartment complex since it changed ownership in October; over the summer, its parking garage also was damaged in a fire.