Five carjackings, three fatal hit-and-runs, and dozens of thefts of valuable car parts have hit the township since December. Officers are clearing cases, but the impact of the incidents lingers for victims. 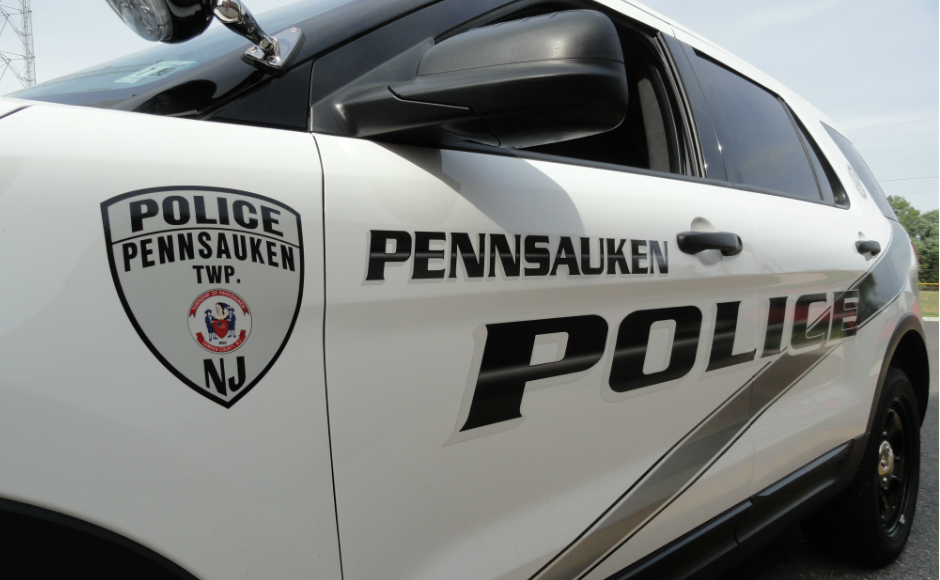 The past two months have seen an uptick in vehicle-related crime in Pennsauken, as cars have been both the targets of criminals and accessories to the commission of other crimes.

Two transpired in Wawa parking lots as victims were putting air in their tires; two others occurred in the Sycamore Ridge Apartments parking lot.

The third, a tow truck driver, was called to the 3600 block of River Road, then forced at gunpoint to drive his abductors into Philadelphia.

Throughout roughly the same period of time, three pedestrians were killed by drivers who fled the scenes of those incidents on December 17, January 15, and January 19.

Pennsauken Police have charged suspects in three of the carjackings and two of the hit-and-runs, work they credit to strong community rapport, access to neighborhood security cameras, and shoe-leather detective work.

They’re having less luck tamping down thefts targeting catalytic converters, vehicle parts containing precious metals that are valuable to scrappers. The crime has become rampant, with few easy deterrents, because the parts are in high demand, and don’t have identifying information that would connect them to the vehicles from which they were taken.

Pennsauken Police Captain Gerry Henkel believes the rash of vehicle-related crimes can be distilled to “a societal problem” that he likened to a violent video-game mindset.

“People seem to not care,” Henkel said, “like there’s no consequences for these crimes anymore. It’s almost like they’re playing Grand Theft Auto for real. I don’t understand people’s mindset.” 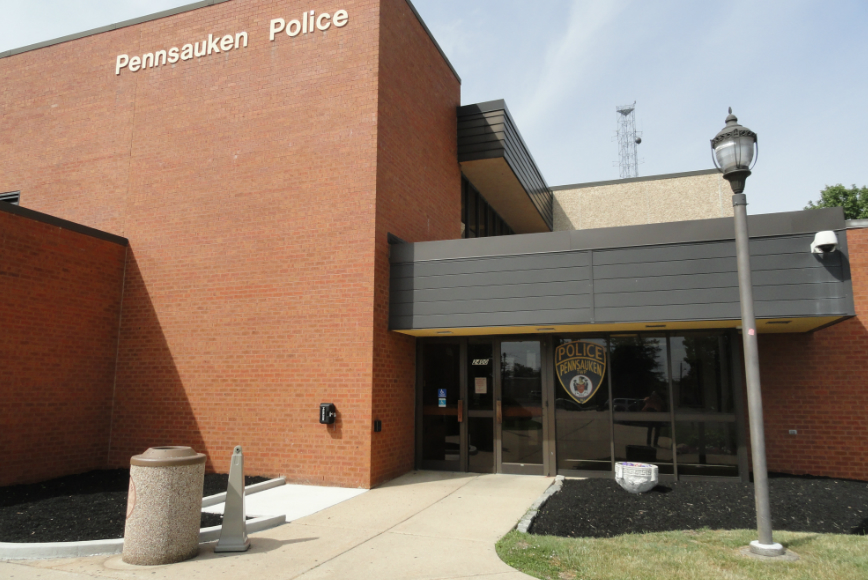 Authorities are frustrated both by the victimization of their citizens as well as the time it takes to prosecute those charged in the incidents, Henkel said.

Some suspects are released only to reoffend before they can make a court appearance for their initial charges, which officers in the young department find demoralizing.

“With COVID, court is so backed up,” Henkel said.

“We just keep telling our officers to do their jobs. We have to let the judicial part play out.”

At the same time, Pennsauken Police are working with other government officials to address some of the circumstances surrounding the pedestrian collisions.

Henkel said the township is working to improve lighting along Route 130 as well as installing fencing along the center median to prevent pedestrians attempting to cross the high-speed roadway.

Pennsauken Police are also working with Street Smart NJ, a Newark-based nonprofit that works to educate residents about the laws governing interactions between drivers and pedestrians, and aims to change behaviors that lead to fatalities on the roadways.

“We’re active in that, but you see how many people are getting hit,” Henkel said. “People misjudge the speed of a car, especially at night. And motorists, I don’t see how you could hit a human being and just keep driving. To me, that’s unheard of.”

‘The vehicle is a factor; if it’s the reason, it’s hard to say’

Kevin Murphy, Manager of the Office of Safe Streets at the Delaware Valley Regional Planning Commission (DVRPC), said the rise in “general lawlessness that seems to manifest itself in vehicle-related crime” appears to coincide with the novel coronavirus (COVID-19) pandemic.

Although it’s harder to establish clear connections between the stresses brought on by the pandemic with the behaviors that specifically manifest in such crimes, Murphy said some of the underlying conditions around hit-and-runs—a lack of insurance, a lack of awareness of having struck a person with a vehicle—haven’t changed.

Neither have some of the fundamental differences in the communities in which their victims reside. 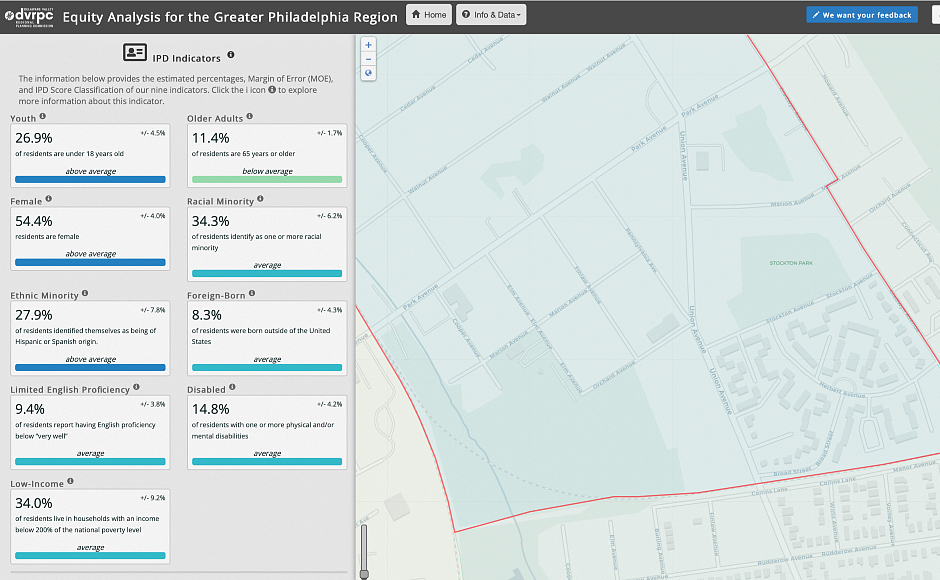 For the past 20 years, the DVRPC has studied regional equity by documenting how accessible essential services are for residents of different socioeconomic status.

By charting Indicators of Potential Disadvantage (IPDs) in a community—including details like whether significant numbers of its households are impoverished, elderly, or have limited facility in English—the agency is able to predict whether people living there have equitable access to the things they need.

In certain areas of Pennsauken, including the Sycamore Ridge Apartment complex, where two of the carjackings and a fatal home invasion recently occurred, a number of these factors—poverty, old age, and disability—coincide, indicating a concentration of social disadvantages.

That’s not necessarily a precursor to becoming a victim of a crime, nor to being motivated to steal a vehicle at gunpoint, but it could offer some insight into predicting the likelihood of such incidents in the future. Murphy said more research is needed.

“What’s happening in society that is leading to these kinds of actions?” Murphy said. “What’s different now? What are the root causes for these things?

“We could learn that when a handful of these demographics or trends coincide, carjackings tend to be a symptom,” he said. “The vehicle is a factor; if it’s the reason, it’s hard to say.”

Jerry Ratcliffe, a former London Metropolitan police officer who teaches criminal justice at Temple University in Philadelphia, Pennsylvania, said there’s no single cause behind this series of crimes, although those who’ve been charged in them share some common details. 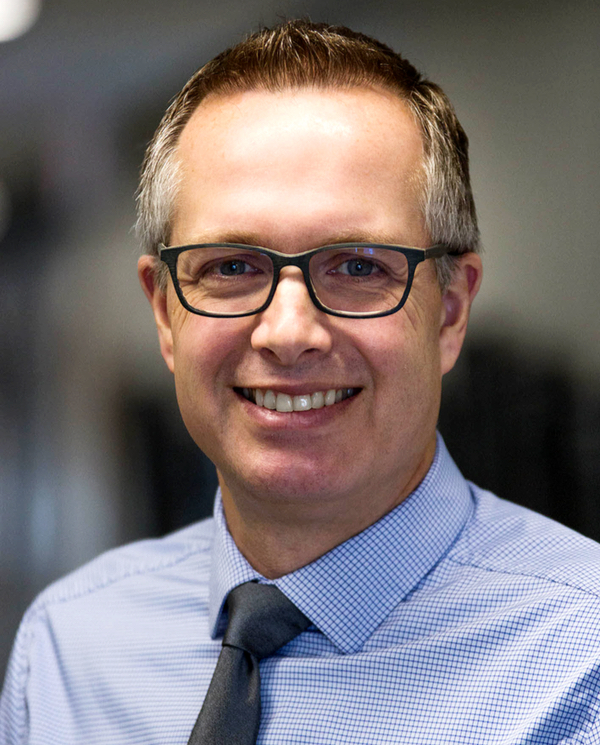 All are men, and most are aged 19 to 23. Ratcliffe pointed to research about brain development—the pre-frontal cortex, which governs rational thinking, doesn’t fully develop until the early to mid-20s—which seems to support Henkel’s analysis that fear of the criminal justice system isn’t much of a deterrent among young people.

“Offenders are very cognizant of the risks,” Ratcliffe said.

“They tend not to appreciate the long-term risks of getting arrested and incarcerated.

“They’re very much focused on not getting caught right now,” he said.

“They may even be cognizant of the type of person [they target] and whether they’re likely to fight back.”

Ratcliffe traces catalytic converter thefts and carjackings to separate but parallel factors. The first is that supply-chain and logistical issues brought on by the pandemic have increased the black-market prices for car parts.

“There’s a shortage of supply of precious metals for everything from microchips to cars,” he said. “The black-market prices for catalytic converters has increased significantly and that provides an incentive for their theft.”

Ratcliffe’s second observation is that modern cars are more difficult to steal without the skills to disarm the alarm and override the ignition. It’s far easier to take one from a driver who’s unlocked it for you with the keys that operate it.

As for the notion that the crimes themselves are part of a wave or spree, he offers a more nuanced explanation for repeat offenses that he said exists in “everything from vehicle theft to shooting victims in Philadelphia to IED attacks on coalition forces in Iraq.”

“If you have clusters of locations that are being hit, chances are that the offender is coming back to take advantages of weaknesses in that location,” Ratcliffe said. “It’s poorly lit, or it’s unattended, or there’s good escape routes. That risk of vulnerability spreads to nearby locations.

“The problem with low-volume incidents, which generally tend to be rare, is that just by nature of random timing, you can get a few that seem to happen in a pattern, and it can get easy to think there’s some causal relationship,” he said.

Although there are things that people can do to limit the likelihood that they’ll be targeted by a carjacker or car thief—Henkel noted he’s seen plenty of people leave their vehicles running unattended while they go into a convenience store—those who’ve lost a loved one to a violent crime aren’t necessarily comforted by understanding how and why it happened.

‘There’s too many questions we’ve got to get answered’ 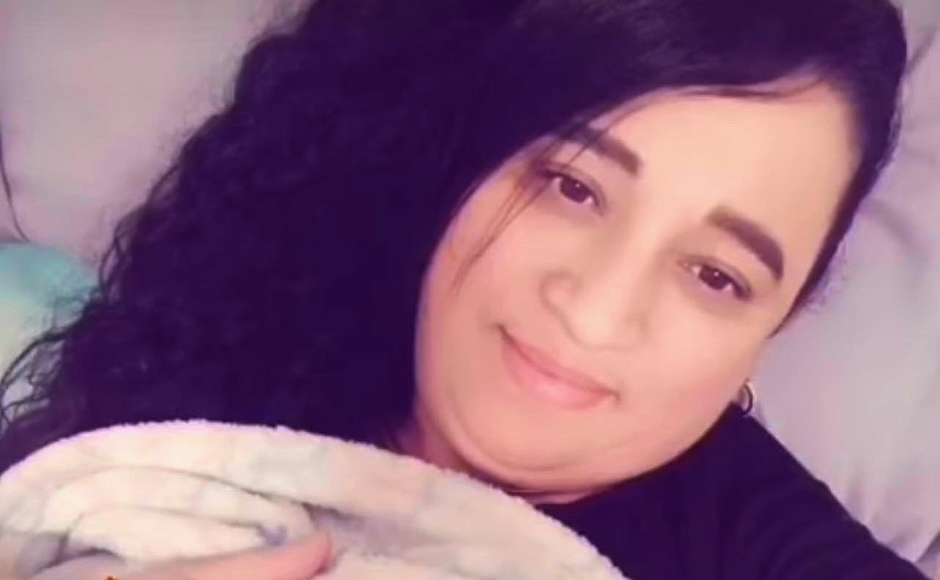 Mayra Polanco was killed in a hit-and-run December 17 in Pennsauken. Credit: Ruano Family.

When Mayra Polanco was hit and killed outside her home by a driver who fled the scene of the crash, it made an orphan of her adolescent son and left her family with thousands of dollars in burial costs to send her remains home to her native Guatemala.

On January 21, 34-year-old Luis Mercado of Cherry Hill was arrested in connection with the case.

Although he’s glad there’s since been an arrest, Mayra’s brother, Miguel Polanco, said his nephew is still “very sad” in the absence of his mother, and is grieving the sudden loss deeply.

Meanwhile, although Miguel Polanco was fronted the money to send her remains back to Central America, attempts to cover those costs through crowdfunding fell well short of their goal. He’s hopeful that a criminal conviction could help him recoup some of those funds in civil court, but that’s a years-long process.

It’s another example of the layered impact of the tragedy on a family who was supported by the income from Mayra’s work as well as her domestic contributions to the household.

“What are we going to do?” Miguel Polanco said. “You can’t complain. There’s too many questions we’ve got to get answered.

“Maybe after two three years,” he said. “It’s going to take a little while.”