The move should settle litigation in the eleventh year of the project, while offsetting its costs through a $6 million bond and 30-year PILOT agreement. 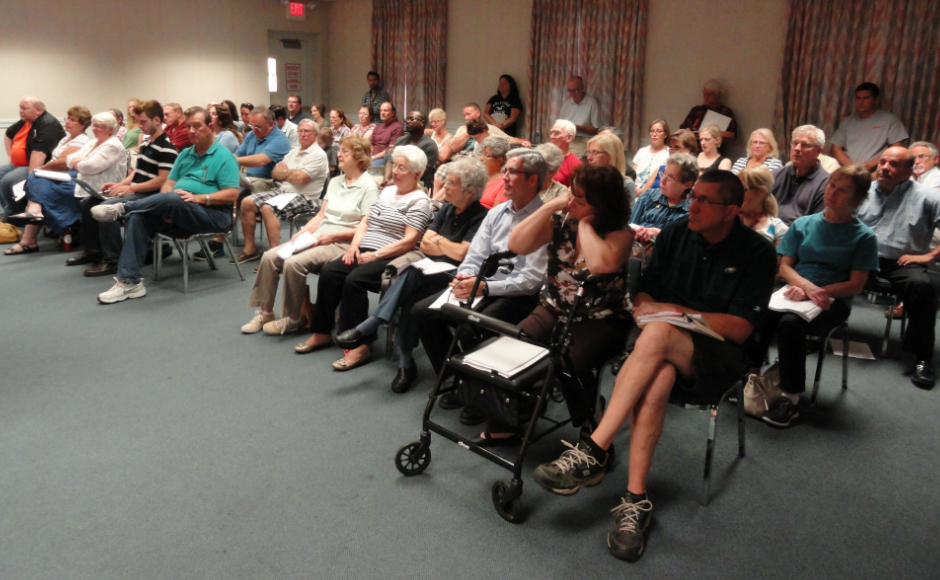 “We’re here today and we’re settling this, not because we think this is a great development,” Haddon Township Mayor Randy Teague told a packed house at the municipal building Tuesday night.

They had come to hear whether their elected officials would put to bed the details of the Haddon Town Center redevelopment project, a boondoggle that Teague said he believes “a majority of the people were against…when it was initiated 12 years ago.”

Nonetheless, when Teague and his fellow commissioners Paul Dougherty and John Foley were elected in 2007, the township already had committed to purchasing 18 properties in and around the six-acre Dy-Dee Diaper site. The prior administration also had cast its lot with Fieldstone Associates, LP, to redevelop them.

In the eight years that followed, however, both the housing market and the New Jersey Council on Affordable Housing (COAH) imploded. Haddon Township was one of several municipalities taken to court by Fair Share Housing Center of Cherry Hill over its apparent failure to meet an affordable housing obligation. With little open space available to resolve the issue elsewhere within the township, the Dy-Dee project became the only viable alternative at which to locate additional units.

Fieldstone, having calculated the project on a market-rate basis, ditched plans for a mixed-use, condo-and-apartment infill. The developer proposed instead a higher-volume, retail-free apartment community containing affordable housing units as well. 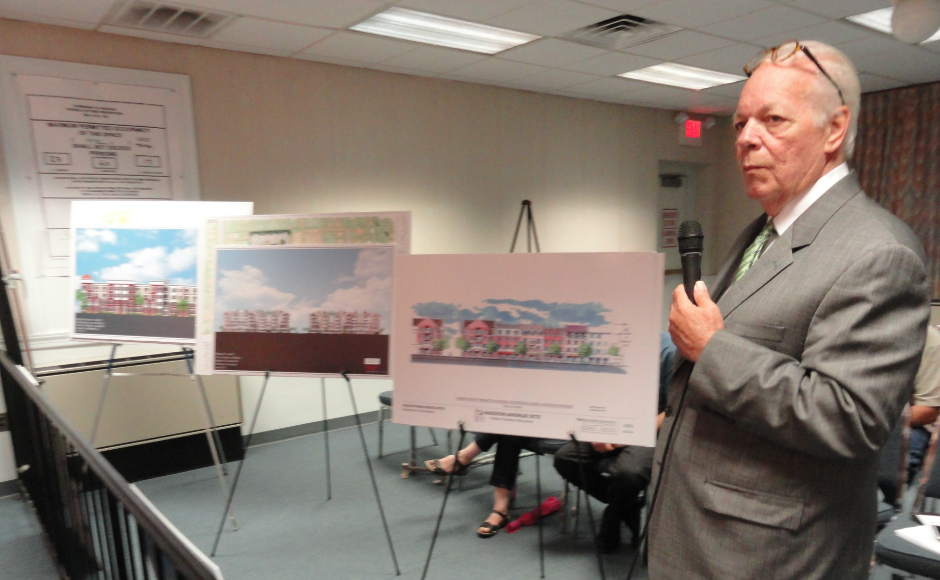 While the township weighed its options and legal and professional fee totals climbed, Teague said, the three sides worked out a settlement that creates a denser, multi-story, apartment-only site—but one that satisfies the legal mandate imposed by Fair Share Housing without shedding a first-floor retail element in the downtown business district.

When the dust had settled, the revised agreement outlined the 252-rental unit Haddon Town Center transit village, a project that includes 25 affordable housing units, 12,500 to 25,000 square-feet of commercial/retail space, and a 30-year, $15-million PILOT (Payment In Lieu of Taxes) abatement for Fieldstone. It also increases the height of the property to five stories, or 58 feet, along Haddon Avenue; and four stories, or 48 feet, where it borders residential areas.

“If we punt on this, we’ll be punting on it for the next ten years,” Dougherty said.

Beyond that, Teague told the room, “There’s a worst-case scenario out there that hasn’t been presented”—namely, a builder’s remedy lawsuit—that could compel Haddon Township to erect an affordable-only housing complex to resolve its outstanding deficit.

Under such a scenario, said township solicitor Stuart Platt, “you, the residents, lose control over it, and continue with an affordable housing project that’s north of 200, maybe 300 units.”

Instead, the township will issue $6 million in general obligation bonds to improve the economic viability of the estimated $38.07-million project, against which it will be paid $8.038 million by Fieldstone. The difference will cover the $7.598 million in outstanding bond anticipation notes (BANs) Haddon Township had issued in 2004 to finance the cost of the project, and which mature in January 2016. 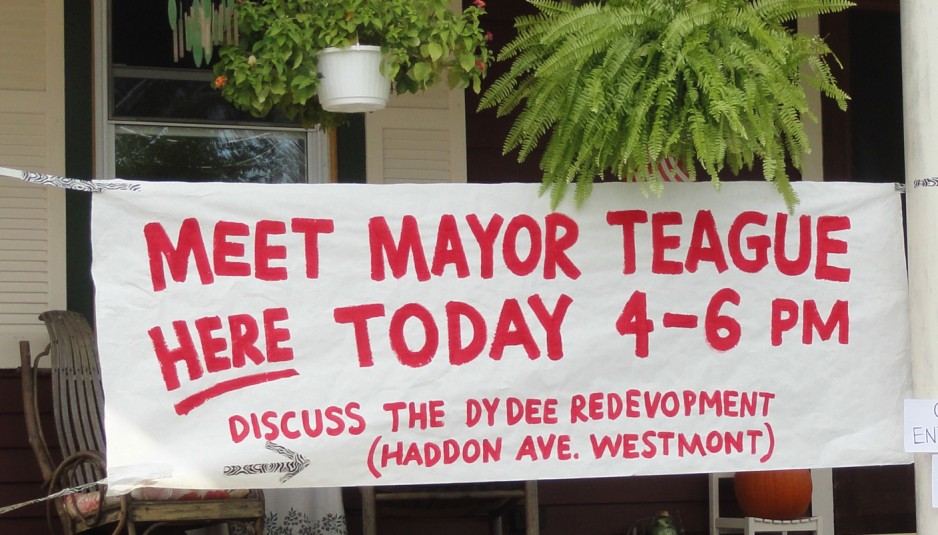 To critics of the PILOT, Teague responded that the arrangement will bring $15 million directly into the township over a 30-year period, more than the $13.6-million municipal share that would have been collected during the same period were the project to be taxed at its full rate. Moreover, the agreement binds developers Arthur Corsini; Kenneth Pizzo, Sr.; and Kenneth Pizzo, Jr. to a personal guaranty for those PILOT payments.

Although three decades represents a long time to bring the property into full tax repayment, “right now, we’re not getting anything,” Teague said.

“We as the town are generating no income from that property,” he said. “As a matter of fact, we had to pay to acquire it, and it’s sitting here.”

Teague also lamented what he said are more than $1 million in legal and professional fees associated with the fight over the Dy-Dee site throughout the years.

“We have so many other things to address as a town,” the mayor said. “Our infrastructure is falling apart. You look at all this money going out [to professionals]and all this work that has to be done to our town.” Neighbors expressed their sympathies to the commissioners for making the best of a bad situation, but worried aloud about the finer details of the plan for the site.

Virginia Avenue resident John Leon, who said the revisions call for “a 100-car parking lot right next to my house,” said that the elected officials were “negotiating with a gun to your head.

“I think you have a difficult and thankless job, and you inherited a quagmire that got worse,” Leon said. “The question is, what’s the price to pay to extricate ourselves from this?”

After the meeting, Highland Avenue resident John Smith, who had led the governing body through several questions during the meeting, was discouraged at the result.

“We’re going to have a project that we have to put up with rather than one that we can really appreciate,” he said. “This has gone so far from what it was originally proposed as, which was at least palatable.”

Teague asked the residents to remain engaged in the process, and to bring their concerns with the project to the commissioners and planning board during the site plan approval phase.

“We will do everything we can to make sure that your concerns are addressed as best as we can,” he said.

“I think everybody should get involved,” he said. “This is something we’ll have to put up with for the rest of our lives.”